Christmas movies to make your own traditions 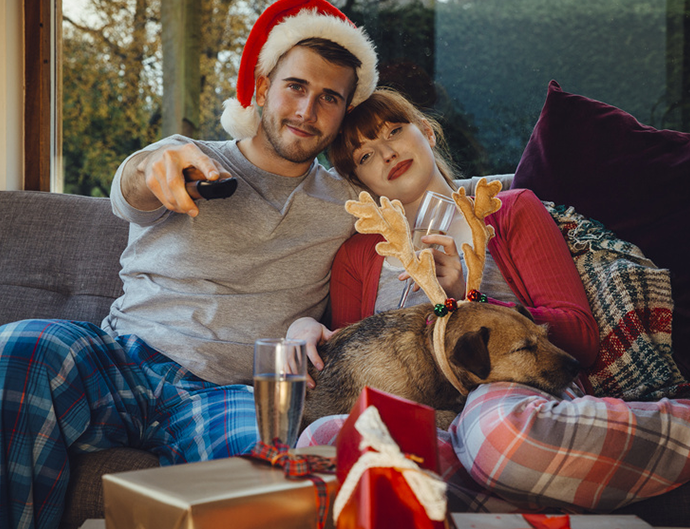 While everyone here in Australia may have been busy wrapping gifts and figuring out how many prawns they’ll need to buy for Christmas lunch, there was an unexpected ruckus on the other side of the globe that threatened to put the holiday in jeopardy – Dutch TV channel RTL 4 would not be showing Home Alone on Christmas (gasp!).

The panic on social media that ensued was short-lived (it turns out the showing was just being moved to channel RTL 8) but it just goes to show how attached we can all get to certain traditions, including movies and TV. Since 1997, a 24-hour marathon of A Christmas Story has been playing every year on certain American TV channels. In Norway, people expect to see Dinner for One in the TV lineup for the December 23 without exception (“The same procedure as every year, James!”). This 18-minute skit has achieved such popularity that it’s played across most of Europe (as well as Australia and South Africa) every New Year’s Eve. And finally, where would so many Brits (and the rest of the massive global fandom) be without their new Doctor Who Christmas special?

The top picks from the iiNet office

Thanks to the beauty of DVDs and on-demand streaming services such as Netflix and catch-up TV, we’re no longer stuck with whatever’s showing on the TV. You may already have a sizeable collection of content you enjoy and there’s nothing stopping you from making your own movie traditions outside of the scheduled TV programme.

We whipped around the office and rustled up some recommendations for good flicks to watch when you’re full of Christmas spirit (and lunch). How the Grinch Stole Christmas (2000)

Once you get the big names like Home Alone and Elf off the table (everybody knows those) nothing really stands out like the movie adaptation of the Dr. Seuss story, The Grinch. Something about Jim Carrey’s cracking portrayal of the grumpy green guy just hits the funny bone across all ages. The fact that it’s pretty light on musical numbers may well be a big tick in a lot of people’s books. If you’re more ‘groupie’ than ‘Grinch’ when it comes to musicals, consider the original Annie or its 2014 adaptation. Although not strictly set at Christmas, nothing’s more in the spirit of giving than a feisty little orphan warming the heart of a cantankerous old billionaire and finding a good family. Just be prepared to have tunes like It’s a Hard Knock Life and Tomorrow stuck in your head well into the new year. The 1990s saw a plethora of fun movies with ridiculous premises and few are better than The Santa Clause, where toy salesman Scott Calvin (portrayed by Tim Allen) puts on a red suit and finds himself in a binding agreement to be the real Santa Claus, complete with reindeer and magical powers. While his son is thrilled, his ex-wife believes he’s going Christmas-crazy in order to keep a connection with their son. What follows is a hilarious case of miscommunication and Christmas magic. If you’d like to give the comedy a miss and watch a genuinely charming Christmas flick with the kids, sit down with The Polar Express. An instant classic, this 3D animated movie tells the tale of a young boy who wakes up in the middle of the night on Christmas Eve to take a ride on the Polar Express to visit Santa’s workshop. The story has a haunting, dreamlike quality and a beautiful soundtrack that’s sure to give you the shivers (don’t worry – they’re good, Christmassy shivers). Although it may not be the most conventional pick on the list, you cannot deny that Die Hard is one of the most enjoyable Christmas films of all time for those who’d rather give the mistletoe and warm-and-fuzzy-feelings a miss. Die Hard sees a party taken hostage and plunged into bloody, Christmas mayhem wherein they must thwart a terrorist plot. Although we don’t recommend watching this one with the kids, it’s a great film to enjoy, especially when paired with its equally Christmassy sequel, Die Hard 2.

Is there a movie you always watch at Christmas time, or are you more into a New Year’s Eve movie marathon? Either way, the holidays are a great time to kick back with some good flicks, so tell us about it in the comments.