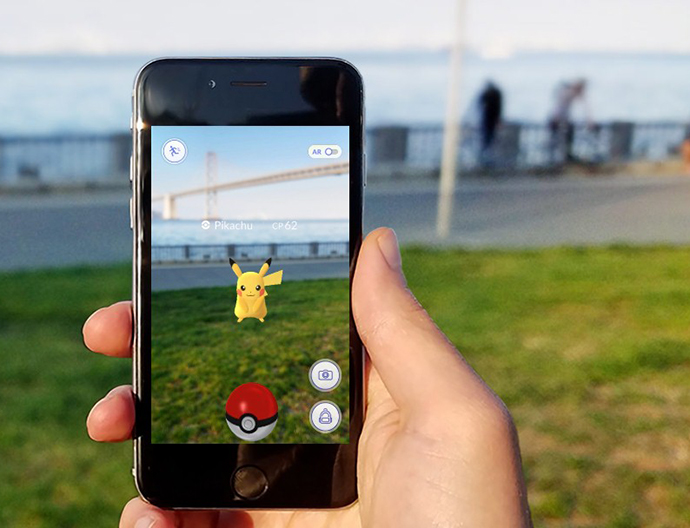 Seemingly out of nowhere, Pokémon GO launched in Australia on Android and iOS, and everyone is talking about it – even my mum. The hot new augmented reality app uses your phone’s camera to superimpose animated Pokémon onto the world around you. You walk around to find Pokémon in your area so can catch them, name them, power them up and then use them to take over or defend any gyms you come across.

If you’ve run out of pokéballs while out catching Pokémon, you’ll need to walk to a PokéStop at local landmarks like parks, churches or artworks to pick up some free items. Personally, I’ve already doubled the number of hours I spend walking each week, so the “GO” aspect of Pokémon GO is pretty effective.

If you haven’t played yet, you might want to check out this beginner’s guide. For everyone else, we’ve rustled up some hints which might help you be the very best, or just have a nice time regardless.

Strap in for downtime

Pokémon GO is immensely popular; it’s already crushed popular dating app Tinder and it’s even giving long-reigning titan Twitter a beating in daily usage. While that’s a great thing for pop culture (I can’t remember the last time my nerd friends, non-nerd friends and even my mum were all talking about the same thing) it also means overloaded servers. It’s not uncommon to be hit with this screen after the app crashes: That said, it’s a lovely way to take a stroll on your lunch break or kill a couple of hours on a Sunday afternoon. During peak hour for the morning commute, however? Forget about it. Performance will become more reliable once the developers get on top of things.

Pokémon GO’s mobile data usage is fairly modest compared to high-quality images and streaming apps like Instagram, Tumblr, Spotify and Netflix, so you should be fine as long as you’re on a decent mobile plan.

It’s your phone’s battery that you should be more concerned about – thanks to the intensive GPS tracking feature, the app sucked over 90% of my iPhone 6 battery in just 2 and a half hours. If you’re planning a long outing to a local park, you’ll definitely want to get a portable power bank from your local computer and electronics store so you can recharge on the go. You don’t have to be awkward in public

Although the game’s augmented reality feature is pretty cool, it can be a bit weird if a Pokémon pops up and you have to point your phone right at another person to aim your pokéball at it. To avoid this, just turn off the little “AR” switch in the top right corner. This will switch from augmented reality mode to a simple cartoon background which will always keep the Pokémon right in front of you, no matter where you phone is pointed. There’s already a rumour going around that if you throw a pokéball and miss, you can quickly tap it while it’s rolling away to pick it up and throw it again. It certainly looks like you’re picking it up because it makes the pokéball disappear, however every single time I’ve tried this, my pokéball total still decreases at a rate of -1 per throw, which means none are being saved. The best way to preserve pokéballs is to take some time to think about each throw; if you manage to get the pokéball inside the coloured circle when you catch it, you can get additional XP for catching it.

Don’t sweat about what you pick as your first Pokémon

When you first play, the game presents a choice of three starter Pokémon. Players of the conventional Pokémon games may naturally spend a lot of time deciding which one to pick, because the starters will usually only be offered to you at the start of the game and you won’t come across them again in the wild (though you can organise a trade or breed your starter with a ditto). In Pokémon Go, however, your starter Pokémon will probably never see a battle before you transfer it to Professor Willow for a Candy to help level up the much stronger Pokémon of the same type you caught a week later.

That said, you can ignore all three starter Pokémon and run around for bit, and eventually a Pikachu will pop up! That’s one rumour that’s turned out to be true. While playing Pokémon Go, you’re going to encounter a LOT of Pidgies, Rattata and Zubats. You might get annoyed enough to shun them entirely, but consider catching them if you can. Not only do you still get XP and Stardust for a relatively easy catch, but it only takes 12 Pidgey Candies to evolve a Pidgey, giving 500XP a pop. Once you have a sizeable hoard, use a Lucky egg and you can double your XP for 30 minutes, giving you 1000XP per evolution. You get a couple of free Lucky Eggs for reaching level 9. Don’t be stingy with Razz Berries or Revives

When you get to higher levels, new items are unlocked including razz berries, which you can give to wild Pokémon to make them easier to catch. You might be tempted to save these only for really good or rare Pokémon, but you don’t need to worry about running out. You’ll be swimming in razz berries from PokéStops, so much so that you’ll be annoyed when you get one instead of a pokéball, so go nuts.

Revives are even worse. Two out of three ways for your Pokémon to get knocked out (Training at a friendly gym and defending a gym vs. attacking an enemy gym) seem to put your Pokémon at 1 HP instead of actually being knocked out, making revives virtually useless. You’ll be chewing through potions instead. I would call this out as an annoying way to drive microtransactions, but bizarrely, potions are not buyable in-game. The only way to get them is at PokéStops, so this unbalanced push towards potions is confusing and hopefully just a flow-on effect of the notorious 1HP glitch that will get fixed.

You can pick up eggs from PokéStops and pop them in an incubator. These little babies have a set number of kilometres that you have to walk while the app is open before they’ll hatch with a Pokémon and a small bounty of their respective Candies. And you do have to walk; taking the train, car or even a swift bicycle ride to rack up metres won’t count. We’re not sure how this works, but we’re assuming it has something to do with your travelling speed. What’s your best Pokémon? Tell us in the comments.