The high costs of gaming in Australia 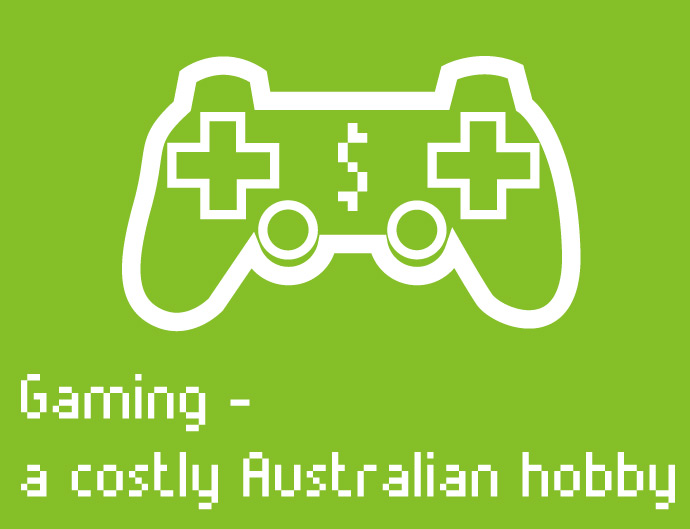 Gaming sure is a great hobby, but it sure gets expensive. Quickly.

Worse yet? It’s most expensive in Australia. Tom Clancy’s Ghost Recon: Future Soldier, a new release, costs $90 in our fair country and just $60 in the USA. As for consoles, a 250GB Xbox 360 will set you back $300 dollars in the States…and a whopping $400 here. As you’re probably aware, our dollar is pretty much one for one with that of the USA, so what gives, right?

Stephen Conroy, the Federal Minister for Broadband, Communications and the Digital Economy, announced an inquiry this past April into the high cost of games and other mediums such as downloadable music and e-books. The inquiry “aims to determine the extent of the IT price differences and examine the possibility of limiting their impact on Australian consumers, businesses and governments,” said Nick Champion, the inquiry’s chairman.

The inquiry held its first hearing earlier this week, and truthfully got little done. Whilst big hitters like Apple, Microsoft and Adobe weighed in on the issues, they did so via lodged reports, not even bothering to attend the hearing in person.

The reasons our games are so pricey

Some argue we shouldn’t compare Australian prices to American prices as I have above, but instead look towards prices in the United Kingdom. Long story short, we use the PAL format for games, and so does the UK so games bought in either country will work fine in the other one. If you look at UK pricing, it’s more expensive than that in the USA and when you compare the Australian dollar to the UK, it all starts to make more sense, apparently, at least financially.

On top of that, many Australian games are actually produced in the UK and then shipped into the country, so we’ve got to cop the extra costs involved in shipping games here, rather than just creating and packing them on-shore.

There are also extra costs involved in getting games rated in Australia, and those costs get passed on to consumers. Especially with more violent games, those costs can also escalate if the rating needs to be appealed or if the game itself needs to be amended to suit our current tiers.

We made you aware of the R18+ issue last month, so consider this: Telltale Games didn’t even bother releasing their latest episodic game The Walking Dead in Australia because they didn’t want to waste their money. Because of the game’s mature content and zombie-killing goodness, getting a rating was too expensive to bother, regardless of the profit the game would have made if on e-store shelves.

Last but not least, don’t forget that Australia has a higher cost of living when compared to other countries. Our national minimum wage for a twenty year old is $15.59 per hour, whilst that in the USA is $7.25 per hour. Try buying a game in Australia working as a waiter in the USA; you can though, and reasonably comfortably too, right? Case closed.

It’d be great if a retailer or a publisher would weigh in on this debate, but do you blame them for staying silent? No one likes justifying why someone would pay more for goods that others get for less.

In the inquiry submissions made this week by the big technology companies, Apple’s entry was made behind closed doors, and Adobe agreed with the sentiment of the Australian Information Industry Association (AIIA), which blamed high costs on Australia’s taxes, warranty policies and the general cost of doing business in this country.

What you can do now

We’re starting to see cheaper games in retail stores because of parallel imports – the practice of buying cheaper games from overseas and then selling them locally at a lower price. Establishments like JB Hi-Fi have taken to selling parallel import copies of games like Call of Duty Modern Warfare 3; that particular shooter was priced at $50 relatively close to its actual release date. The problem is, Australian businesses can only parallel import so much stock, so don’t expect to pick up all your games on the cheap.

But, if a retail store can’t offer you a parallel import on a game you’d like, you do have the option of importing yourself – online stores like Ozgameshop and Play-Asia allow you to import titles from the UK or Hong Kong, respectively, which work on your Australian consoles.

If you choose to import yourself, there are three things to take note of: first, the games are really cheap, but they’ll take longer to ship to you as they’re coming from overseas. They also can get hung up in Customs for a while, too. Patience is key when ordering from these outlets, free shipping or not.

Second, buying games outside Australia means you’re not supporting the Australian gaming industry. If keeping jobs in the country matters to you, then importing isn’t a good option – Australia’s industry employs many marketers, logistics personnel, localisation experts and more to ensure you have quality games in your hand as fast as possible. When you don’t support those people, you’ll see a decline in the quality, quantity and frequency of games in this country.

Last, don’t forget that you shouldn’t attempt to import games that are Refused Classification in Australia’s rating system; if you get caught trying to import Syndicate, for instance, you could be looking at some hefty fines.

Don’t forget to put this in perspective

When all is said and done, remember that you’re ultimately in control of your wallet. If you think a game’s too much new, then wait until it comes down in price over time, or grab a “previously played” edition at a cheaper rate. If you’ve got a game, make sure you play through all of its modes, beat all of its challenges and try to unlock all of its achievements to really get your money’s worth. And, more importantly, just think of how many hours of enjoyment that little disc (or download) actually offers you – a $90 game that gives you 20 hours of gaming goodness works out to cost you only $4.50 an hour; far less than a trip to the movies or the footy will set you back!