How computers have grown up (or shrunk) over the years 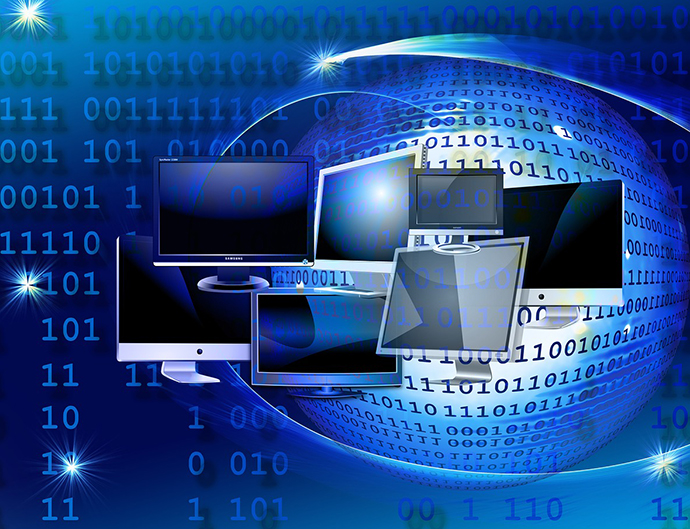 Most of us use computers every single day, but do you remember the first one you ever used? It was probably wildly different to the one you have today.

Compared to other inventions, advancements in personal computers have been astonishingly fast over the past few decades.

Once computers made it out of giant rooms in universities and government complexes and onto the market available to the public (albeit at slightly eye-watering prices compared to today’s value), the industry really started booming, fuelling even more developments.

For posterity, we decided we’d take a look back at the last thirty years of computing technology, although there’s more MAC than you may think. This bulky number wasn’t really available to the general public (if it had been, it probably would have cost around $40,000 USD at the time, which equates to a bit under $200,000 USD by today’s standards!) but it’s important to mention because it was such a huge influence on the computer industry. It sported features which the public wouldn’t see in commercially available computers until roughly a decade later, such as a window-based operating system with a mouse to click on elements in the graphical user interface (GUI) on the monitor. With entertainment features and clever marketing campaigns which involved giving away thousands of units to schools, Apple sold millions of Apple IIs over nearly two decades. If you’re wondering where the monitor is, there isn’t one – it was designed to plug into your TV set which allowed it to produce colour graphics.

Before the 1970s, computers had been almost exclusively developed for calculations and word processing for scientific, engineering, military and commercial applications. One of things that made the Apple II so popular was the attachable game paddles which could be used for the game Breakout that came with every unit sold. PC gaming has come a long way since then! Fast forward a few years and you’ll come across something that looks more like the conventional computer set-up we knew throughout the last stretch of the 1900s. The IBM Model 5150, or the IBM PC, was one of the first models to be used widely in the business sector, running Microsoft’s MS-DOS operating system. Competitors started having to advertise the fact that their models were “IBM compatible” – that’s how you know you’ve got a strong hold on the market. Over the next few decades, the only models which weren’t compatible that still managed to keep a significant market share were Apple Macintoshes. Though Australians may know a Commodore as a type of Holden, it was also the name of the company behind the greatest-selling single computer of all time with more than 22 million sold in just over a decade. It was priced at $595 USD, which adjusts to roughly $1,460 USD by today’s standards. That might seem like a reasonable amount for a computer with decent specs (which it did have, for the time) but today’s generation might be surprised that 1980s consumers shelled out all that money for a machine with a measly 64KB of RAM. Unfortunately, Commodore International was notorious for terrible treatment of dealers and bad relationships with software developers, so despite the success of the C64, the company went bankrupt in 1994. While its first computer with a graphical user interface (GUI) was actually the Apple Lisa released the year prior, it was the Apple Macintosh that really took off on the market. You might remember its iconic advertisement which played on George Orwell’s novel 1984. Inspired by the Xerox Parc Alto manufactured a decade earlier, it cost an eye-watering $2,500 USD ($5,729 USD in 2016) but people still wanted it because it was innovative and easy to use. Over the next decade, the trends for desktop computers got fairly linear – bigger monitors, more powerful processors, more peripherals and memory at a more affordable cost as parts were mass manufactured. The next frontier was getting computers portable. Fast forward to 1991 and the Apple PowerBook started to get things right when it came to meeting the needs of the market (the original Apple “Portable” from 1989 weighed a whopping 7.25kg).

While this model set a lot of laptop standards such as an internal disk drive and palm rests on either side of a tracking ball or track-pad, not all of Apple’s portable computers were successful. You might recognise their 1993 gadget, the Newton, from a gag in an episode of The Simpsons where one of the school bullies writes “Beat up Martin” on the digital notepad, only to have the buggy handwriting recognition software record it as “Eat up, Martha”. The new millennium brought with it the very first camera phone to the market, thanks to Japanese company SoftBank. With 0.11 megapixels and a 256-colour display, it might seem crude by today’s standards, but photos could be shared wirelessly and consumers loved it. The phone range expanded after just a month and within the next year, manufacturers worldwide would start integrating cameras into their phones.

The smartphone side of “computers” really took off from there – take a look at the J-Phone and keep in mind that just seven years later, the first Apple iPhone was launched with all the abilities of a phone, camera, web browser and music player in one handy package, not to mention the current standard of a touch-screen interface. Niche-purpose devices have been successful on the market, too. As digital books (eBooks) became more and more popular, demand naturally grew for a device that could be used to access eBooks while maintaining the same portability as a real book. The problem with reading books on a laptop, tablet or a smartphone, however, was that staring at their screens for such a long time could be a real strain on the eyes.

The Amazon Kindle, with its ultra-eye-friendly, muted light grayscale display and headphone jack to play audio books, was the first digital reader to really take off. So popular, in fact, that the first model sold out online within just 5 and a half hours. The brand has been going strong ever since. One of the most recent developments in personal computers was the Apple Watch, which launched last year. Somewhat infamous for its high cost compared to the perceived usefulness of its features which include environmental sensors and health monitoring – the jury is still out on this one as far as I’m concerned. After all, every technology has been expensive during its early days, and I’m sure there were some nay-sayers for mouse-driven devices and touch-screens back in the day.

From high-powered desktop computers to portable devices, wearable computers are just another natural step in an industry that’s largely driven by consumer demand (which hopefully means we’ll see improved battery life in the next few years).

What was your first computer? Tell us in the comments.