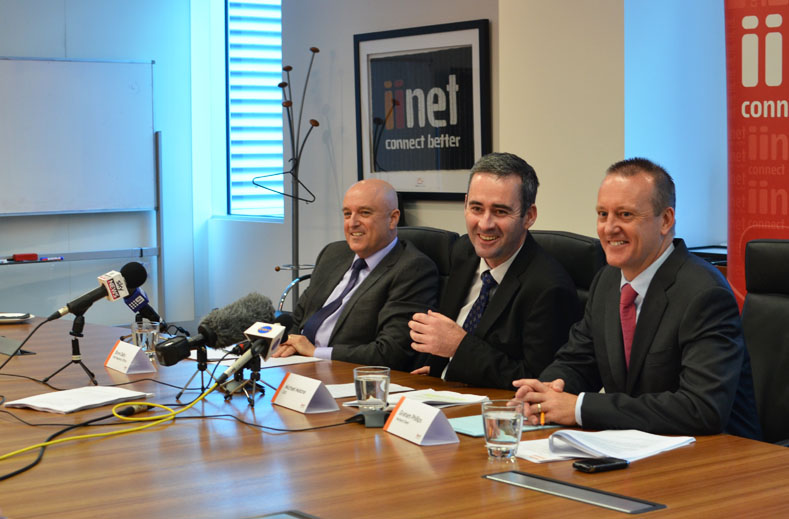 On Friday, 20 April 2012, the High Court of Australia delivered a unanimous verdict that brought to an end a four-year legal battle between iiNet and a group of Hollywood studios (a background of the case can be found on our website).

The thirty four studios had alleged that iiNet was responsible for the conduct of customers when illegally downloading movies or TV episodes over the Internet.

iiNet does not condone piracy, we just didn’t agree with the studios’ view that it was our job to do their police work. The strong High Court decision suggests that we were on very solid ground.

One of the rights holders’ demands was that we terminate customer connections. To us that was very odd. Our role is to connect customers to the Internet, to connect customers to each other. We’re not going to remove your Internet access without having some form of independent review or legal order from the court or a law enforcement body requiring us to do so.

We’re delighted that at the end of the day the High Court’s agreed with our position that the Copyright Act, as it stands, doesn’t put a positive obligation on us to interfere with what our customers are doing online.

We’re not suggesting people should be out there downloading material illegally. We acknowledge there is a problem. Our position has been, and will continue to be, that the first step to dealing with the problem of illegal downloading and file sharing is for the studios to make the content available legally, affordably and conveniently.

For those familiar with the show, I’m a bit of a Game of Thrones tragic and it’s killing me to know that material is being made available on BitTorrent and I’m going to have to wait several weeks before I get to watch it. I’d be more than willing to pay a high price to be able to download that as soon as it gets aired in the US and I’d suggest that that’s one of the first steps that the rights holders could be able to do.

We stand ready to work with studios, artists and other rights-holders to facilitate access to their desirable content – legally.

If the government does decide that some new scheme is to be implemented, this needs to be discussed openly and transparently, not in closed door secret meetings. We need to involve consumers, not just ISPs and Hollywood. This is an important matter and we need to hear the opinions of the people.