What’s the issue with Piracy in Australia? 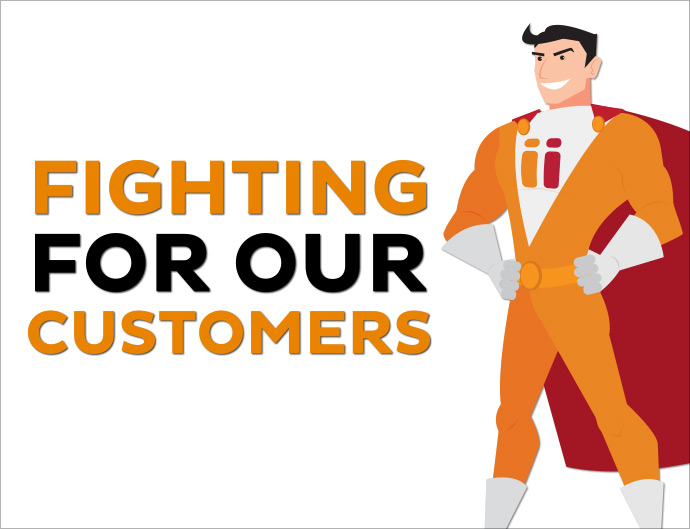 Another news cycle, and yet again we see the recycled claims suggesting Australia is the worst nation in the world for Internet piracy. This may not actually be the case, but there can be no debate that work still remains to be done to effectively combat piracy.

The Australian Government is readying legislation, if news reports are to be believed, which would require ISPs such as iiNet to send infringement notices to our customers while, at the same time, blocking certain websites which provide access for customers to download and share unauthorised content.

We believe the Government is heading down the wrong path if they’re serious about protecting copyright.

Just in case there is some confusion – let us state, once and for all, that we do not condone piracy in any way, shape or form.

Online piracy, apart from being a breach of copyright, affects the income of the artists and violates numerous trade agreements. Musicians, authors, film makers or game creators might be hesitant to create new content if they know that the end product will simply be stolen. How would the public feel if producers like HBO decided not to finish George R.R Martin’s Song of Fire and Ice series due to the actions of those who simply downloaded his compelling series instead of paying for it? The outcry would be deafening – I would certainly be upset.

So, what do copyright holders want?

After the dust from the iiTrial settled, I predicted on this blog that rights holders would make “repeated calls for legislative change over time… not taking into account consumer demands”. Nearly two years have passed and my comments seem to be on the mark.

The Hollywood Studios have been relentlessly lobbying the Australian Government on a range of heavy-handed solutions, from a ‘three strikes’ proposal, through to website filtering – none of which take consumers’ interests into account (Choice has a handy rundown).

Let’s take a look at their proposals:

1) ISPs issue infringement notices to customers, with Internet connections terminated upon a third strike: This ‘graduated response’ has been tried in countries including the US, France, New Zealand, Taiwan, South Korea and the UK and delivering an ominous lack of evidence that this response does anything to curtail piracy or lead to increased sales.

This leaves us asking why Hollywood might think this approach would work in Australia when it doesn’t even work in their own patch.

Another aspect worth noting is that the studios wont pay for this scheme, instead they expect ISPs to pay for the infringement notice process, resulting in increased charges for our customers, even those who subscribe to legal sources of content.

2) The Federal Government needs to block access to torrent sites: I ask myself several questions – “Why would the Australian government let a foreign company dictate which websites our citizens can access?” “Are our legislators captured by foreign interests?” “Do those foreign interest provide irrefutable evidence of their claims?” “Should we allow American commercial interest to dictate Australian national policy?”

Let’s throw some other countries into the mix here: China, North Korea, Cuba – countries that all block local access to certain sites. Furthermore, blocking websites will never be 100 per cent effective. Users will always find an alternative. When Napster was shut down, users simply switched to any one of the copycat software programs that were available at the time.

3) ISPs profit from piracy and therefore won’t endorse these measures: This is wrong. It demonstrates an ignorance of the way in which Australian ISPs generate revenue. In fact, the more our customers download data, the less money we make. On average, our customers use approximately 20 per cent of their monthly download quota. Customers who torrent new release movies or TV shows use closer to 100% of their limit and the inescapable fact remains that the more quota our customers use, the more it costs us to share that data. Content providers love to portray ISPs as the beneficiaries of piracy, but it’s a dishonest image that they portray.

Of course, piracy also attacks products that we offer – including the latest release movie and television content available by subscription on iiNet TV with Fetch. It’s just nonsense.

4) “It’s impossible to compete with free”: It’s naïve to suggest that by changing the model by which content is delivered to customers, piracy would end and mountains of cash would flow into the coffers of all those concerned. We don’t agree, however, that this means that these options should be taken off the table. It is an acknowledged fact that the American market has seen a reduction in file sharing at the same time that content has been become available. The pattern of US traffic Internet now depends on what content is made available via legitimate distribution channels like Netflix, rather than on the Pirate Bay. Consumers have had decades using a mature distribution model, and it’s silly to judge the success or failure of streaming services such as Spotify after only a single year of use in Australia. Giving your competitor a ten-year head start distributing a ‘free’ alternative is pretty stupid.  No wonder the content industry is uncompetitive, with that attitude.

Copyright holders have shown us that they’re not interested in new models for Australians, despite the success of services such as Netflix, Amazon and Hulu in the USA (and other markets, including a large number of Australians bypassing these restrictions using VPN).

Put simply, Australians want their content at the same time as the rest of the world. It isn’t that our customers don’t want to pay for content, it’s that they want to be able to access content at the same time as their Facebook friends or Twitter followers. They want to be able to participate in the global conversation, to talk about their favourite film, or the season finale of The Walking Dead, immediately and without having to pay through the nose to access it.

When Foxtel announced its exclusive deal with HBO to air Game of Thrones (or GoT) in Australia, the outrage was immediate. Whereas lovers of GoT previously could buy the whole season on iTunes for $24, they are now being forced to be a Foxtel subscriber to view the show, paying at least $44.95 per month for the privilege. It’s no surprise they begrudge being extorted.

What does iiNet want?

We think that content should be made available to Australians at a fair price and at the same time as it is available elsewhere. The Lego Movie for example, was released two months after it opened to rave reviews in the USA. Village Roadshow (The Lego Movie’s local distributors) even came out a month before its local release and complained of piracy, while probably not even looking at why it was being pirated.

And that’s the fundamental difference between iiNet and the rights holders. They want to tackle how customers are pirating content. We want them to look at why, and then move forward, addressing the cause, not the symptom.

What do our customers want?

Obviously they want the content. The demand is clearly there, but they don’t want be treated like mugs. It’s pretty clear that consumers don’t want to be hampered by delays or excess charges any more. They want access to content immediately, and are willing to pay for it.

What can you do about it?

Make your voice known. Write to those who are positions of power and let them know what you think. You can start by contacting Attorney-General George Brandis and Communications Minister Malcolm Turnbull. You can also send your thoughts to politicians engaged in the issue such as Shadow Communications Minister Jason Clare and Greens Senator Scott Ludlam.

In your correspondence – point to 2013’s Parliamentary IT Pricing Review – and ask the government to tackle the known issues such as higher prices and lengthy delays for Australians, and if you’re looking at the best ways to make sure your letter or email is read – look here!

We’re still holding out hope that the Australian Government, the Hollywood Studios and other rights holders will deliver a positive solution to the ongoing issue of piracy. Until that time, we’ll continue to push for a better future for Australian content users, one removed from the constraints being discussed in Canberra.