Resolve to have real fun on your phone this year 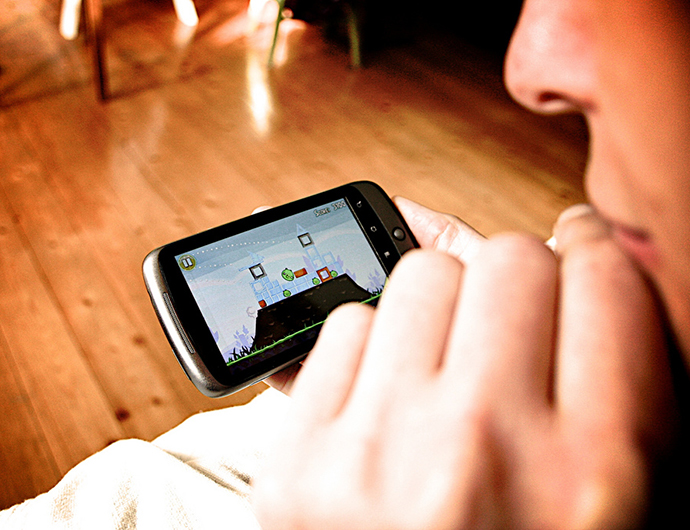 If you’ve got a smartphone, chances are you’ve got a few game apps downloaded. Whether you’re a regular player or you just have some games handy to kill time on a commute or when you’re waiting in a queue, mobile games are a booming industry. But how much fun are they, really?

Seriously; does anyone remember Farmville? It was extraordinarily popular after launching in 2009, but apart from the fact that it was easy to access on Facebook and offered some rudimentary social networking features, it wasn’t actually that “fun”.

Once the reward system of completing tasks for experience points to unlock new crops and decorations goes away (there’s a maximum level cap and I know this because my best friend and I were very competitive Facebookers), all you’re left with is a digital chore. It doesn’t feel good to plant crops any more, yet it feels kind of bad if you don’t. Boredom and guilt aren’t good gameplay elements. Uninstall.

So with the New Year coming up, make your resolution to have more fun on your phone using the information we have put together to help. A microtransaction is defined as “a very small financial transaction conducted online” and it’s how most mobile games make money. If a game is free to download, we expect it to include something like advertisements so the developers can earn revenue. There’s usually an in-app purchase option to pay a few dollars to disable ads (you know, as if you’d just bought the game for money). This method is a fairly honest, try-before-you-buy approach that helps a lot of games to get noticed in the first place because users are more likely to download a free app.

It gets insidious when the actual gameplay is geared around encouraging microtransactions. Imagine a free game where I have a character who races with other players online to complete mazes. For one low price of $1.99 I can buy a tiny pair of sunglasses for my little guy. They don’t really do anything; in fact they’re not related to the gameplay at all. I just want them to look cool and I’m happy to toss a couple of bucks at the developers who gave me a game I like. Fair enough, right? I don’t need to buy them to enjoy or win the game; it’s just some cosmetic stuff.

This kind of DLC (downloadable content) is probably the point of least contention in the gaming community because it’s mostly harmless. However, it also doesn’t offer much incentive to buy. The kind of DLC which drives sales annoys people a lot more.

Imagine instead that the little guys in this game have robot legs. These little robot legs can only run so far before they need more fuel or WD-40 or some other nonsense. Maybe one fuel refills every fifteen minutes, which is OK if you just play a little bit, but if you get into a serious maze-running session and burn through all your fuel, suddenly you can’t play anymore. You have to wait, or you could buy a pack of 10 fuels for $1.99. If you really want to play, why wouldn’t you? It’s just two bucks for 10 plays, which is even cheaper than the old arcade machines. The game publishers are hoping everyone else who plays the game will feel the same way. In 2014, Candy Crush Saga players spent over $1.33 billion on in-app purchases. Everyone wants their game to be as successful as Candy Crush, but sometimes they just… aren’t. If you try out enough stuff in the app store, you’ll come across a lot of sneaky schemes to get more people playing and spending far more than they would on a “regular” game, including:

Worst of all, while you may be a pro at spotting these kind of hooks, spare a thought for the little ones. Kids haven’t had the time to develop critical thinking skills and they may not understand what something is worth in real money. Thankfully we’re seeing improvements in parental control features and in-app purchase transparency ever since Apple Inc. had to refund millions of dollars to consumers in 2014. So how do you know what you’re playing is good? Try asking yourself these questions:

If you’re genuinely enjoying yourself, there’s no reason you shouldn’t pay a fair price for a game. Just remember that all those microtransactions can add up to a mega-bill in the long run. If you’re shelling out big bucks every month, it might be time for an intervention or an introduction to pay-upfront games which can give you better value for money.

What are your favourite games to play on your phone? Tell us in the comments.