Technology that will take you back 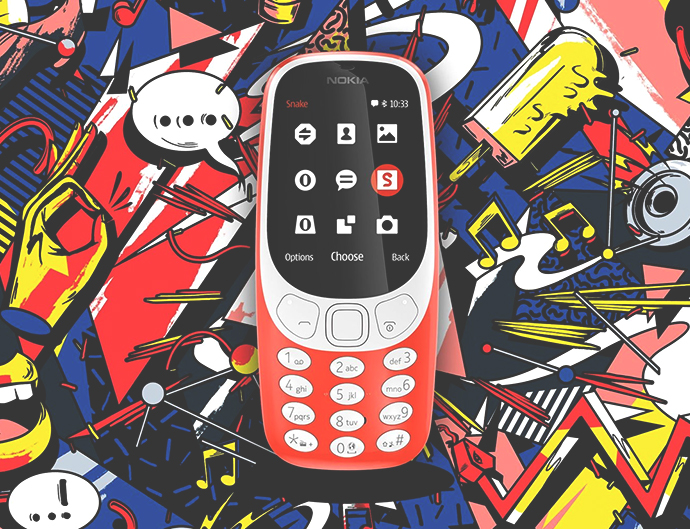 There are important lessons to be learned from the past and technology is no exception. While some of the lessons can definitely be put in the ‘what not to do’ bucket, we can also see what works, what’s easy to use and what just gives people a certain warm-and-fuzzy feeling when it comes to interacting with technology in our day-to-day lives.

Nokia, an industry giant in mobile handset manufacturing, recently released a modern reboot of the classic Nokia 3310, which was one of the best-selling mobile phones in history. While the handset still has its classic rounded shape, a full keypad and an extra-long battery life, the design is also sporting some modern features such as a 2.4 inch full-colour touch screen and a MicroSD card slot to support up to 32GB of memory.

There’s just one big problem with the rebooted handset – it only supports a 2G signal. While that may be all well and good where the handset is being sold in Europe, 2G mobile networks are shutting down in Australia. Telstra shut down their 2G network in late 2016. Optus, shut down their 2G network in WA and the NT on 3 April 2017, and will turn off 2G in all other states and territories on 1 August 2017. Vodafone will follow suit in September 2017. The shutdown of the 2G network means that 2G handsets won’t work, so we’d need a 3G or 4G version of the handset to get it working down under.

We’re hoping that the popularity of the product will push manufacturers to release similar user-friendly reboots suitable for Australians! It would a great way to keep even more Australians connected to telecommunications services with devices that they find easy to use. After all, not everyone is in love with the new-fangled touch-screen designs, and they need phones too! One way you can still get your retro Nokia fix

While you may have to wait a while for a 3G/4G retro-style mobile handset to hit the Australian market, there is still one way that iPhone and Android phone users can get a healthy dose of Nokia nostalgia! I am talking, of course, about Snake – one of the most original greats in mobile gaming and a vivid part of most 90s kids’ memories. Available on iTunes and the Google Play store, the Snake ’97: retro phone classic app fully replicates your early 2000s mobile gaming experience, right down to the green screen and pixelated graphics.

While we’re on a retro roll, here’s a few other old-timey gadgets that you can use to get a fix of the good ol’ days – best of all, they work today! This isn’t the first time we’ve gushed about the Mini-NES but it’s worth another mention here! A miniature reproduction of the classic Nintendo Entertainment System from the 1980s. You can plug it into your TV and enjoy any one of 30 classic NES games including Donkey Kong and Mega Man 2. It’s definitely an excellent idea for a present if you have any grown-up gamers in your life! One gripe that many users have about modern keyboards is that keystrokes just don’t feel distinctive enough – especially when compared to the mechanical typewriters of days past. Sure, you could just buy a mechanical keyboard, but what about the vintage aesthetic? The team over at QwerkyToys have joined old to new with the QwerkyWriter – a beautifully designed mechanical typewriter which can connect wirelessly to tablets, smartphones and modern computers which support Bluetooth such as iMacs. The beauty in old meets new

If you’re less than impressed with today’s home phone handsets, why not go vintage? Vintage Phones is an Australian-based business that’s doing some seriously cool stuff with refurbished and replica vintage telephones, some of which date all the way back to the 1920s! These handsets have been meticulously tested and some models even support touch-tone (DMTF) dialing, which is the kind of dialing you need in order to use the phone menus (e.g. “press 1 for support”) used by call centres and phone banking.

Which tech would you like to see make a comeback in 2017? Let us know in the comments.