The tide is rising: copyright and intellectual property 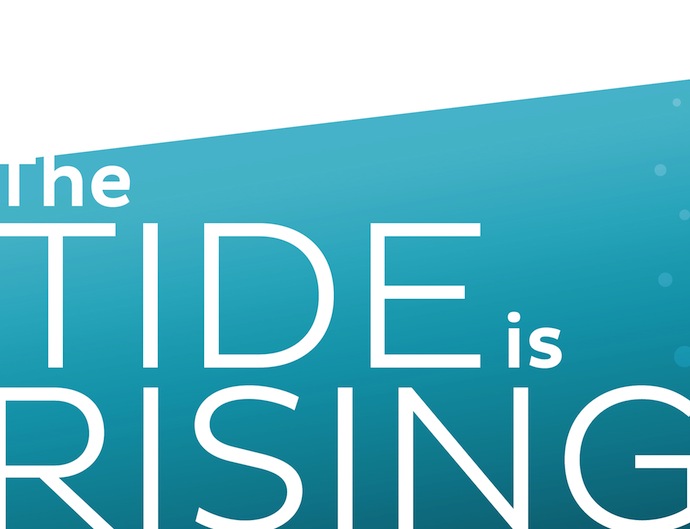 The issues surrounding copyright and intellectual property are something that I’ve covered before on the iiNet Blog. And although that article was written over a year ago, not only did the sky not fall, but when it comes to the distribution and consumption of content, the tide has actually risen. With increasing access to faster speeds courtesy of the NBN, we have found that customers’ usage actually increases. Content in the form of video, music, books and more are being consumed in greater numbers than ever.

This has consequences for everyone involved from consumers, to creators of content, to those who wish to curate or control it.

A lot has been said about people who aren’t willing to pay for content. But surely there’s nothing worse than paying for content you can’t access. I’m a paid up member of an Australian sporting team and a subscriber to their online coverage of games, and I was incredibly frustrated at not being able to stream a live away game, recently. The subscription service is heavily promoted as “See every game live!!”  It didn’t show live and 10 hours later it still wasn’t available. Both my ‘feedback’ and tweets have been ignored.

And how about accessing that paid content in ways that are more convenient? Whether it’s streaming to your phone or tablet, watching from your laptop in the backyard or in front of the flat screen – it is reasonable for consumers to decide for themselves how, when and where they consume the content they’ve purchased. If I buy a DVD why shouldn’t I also have access to stream or download the same film, if that’s more convenient?

It can also be frustrating depending on where you live. Sure US TV series often have “world-wide” releases but there is a caveat on who can access that content based on where they are in the world. Fans of Breaking Bad outside the US lamented the fact that they could not access the final series as soon as their American cousins could. Or who could forget the online hype that surrounded the Red Wedding episode from Game of Thrones? Dedicated fans avoided news sites, blogs, social media and even members of their own family, for fear of being exposed to spoilers.

New models for a new era with new habits

The people that curate and control content need to recognise what is happening in their own backyards. They might not like it for obvious reasons. As Stephen Langsford, founder and CEO of Quickflix, has said: “When you’re a big traditional player, you want to ignore the new models because you want to protect your legacy system.”

But some industries are actively listening to fan feedback and they are reaping the benefits. Legendary games developer, Valve Corporation, created Steam: a platform that allows them to distribute content directly to their fan base.  The company also recently introduced the Linux-based SteamOS which it hopes will “facilitate closer relationships between game developers and players, and encourage more of a community among players”. They understand their community and are responding to rather than dictating the way forward.

An interesting phenomenon that has attracted notice is the idea of ‘binge-watching’. This occurs when viewers gain access to an entire TV series, for the first time, and might find themselves struggling (at one in the morning) to convince themselves to watch “only one more episode”. (Apparently, a binge is defined as watching three or more consecutive episodes in a single sitting – Colour me ‘binged’.) It’s a practice that has helped boost sales for shows like Breaking Bad, and launching them into cult TV status.

Watching content, in a form other than the way the broadcaster has planned, is now a serious issue that US-based content distributors like Netflix and Amazon are facing. In-season binge-watching affects both the value proposition of their advertising model and also the way fans engage with content. This means that the marketing framework constructed to fund the product is premised on one kind of behaviour, while the consumer is acting quite differently.

It seems that those who sell content don’t always get their act together at the same speed at which their audience is morphing – a risky strategy. This industry risks ignoring the lessons of the past (hint: torrents) and may be doomed to repeat them.

Those who create content are also caught up in the current upheaval of changing content distribution platforms. Brian Robbins is founder and chief executive of Awesomeness TV. Launched in 2012 as a YouTube multi-channel network, it has around 25 million subscribers with nearly 2 billion views. “What’s happening online today is very similar to what happened in television 25 years ago. Just as branded cable networks like ESPN, CNN and MTV and Nickelodeon transformed television, a new generation of online channels is going to do the same thing,” he said.

There has been a dramatic increase in the number of “made-for-web” and “free-to-watch“ series being produced, sidestepping the traditional middlemen. The Guild was one such series sponsored by Microsoft. Episodes are free to watch online, while fans can also purchase DVD series and merchandise through the website.

Some musicians have also taken arms against online music platforms. Radiohead frontman Thom Yorke recently called Spotify the “last desperate fart of a dying corpse”. Harsh words but obviously spoken by someone who feels very strongly about the way musicians – new and established – are being treated by industry “gatekeepers”.

The old model is broken

Researcher Rebecca Giblin, from the Faculty of Law at Monash University, recently published a paper on the use of ‘graduated response’ regimes, which attempt to curtail on-line copyright infringement by creating new obligations for ISPs.

She reviewed the effect that this approach has had on a number of well-publicised examples around the globe. Overall, Rebecca’s paper concludes that there is a startling lack of evidence that a ‘graduated response’ regime helps achieve any of the copyright law’s underlying aims, never mind the objectives of the badgering rights-holders.

Some key points from Rebecca’s paper:

At present, the Attorney General’s Department appears to have decided against any new roundtables until after the AG gets a report from the Australian Law Reform Commission (ALRC) on the Copyright Act. This is interesting, given that the terms of reference for the ALRC specifically excluded reviewing on-line infringements…“In undertaking this reference, the Commission should:…not duplicate work being undertaken on: unauthorised distribution of copyright materials using peer to peer networks”.

Fans are people who love to engage with their choice of content. They want to be able to access and enjoy it in a way that suits them otherwise (by definition) it is not enjoyable. Content creators spend a lot of time, energy and money to create amazing shows that people will love. Doesn’t it make sense to distribute that content in such a way that it helps to nurture and sustain that positive engagement?