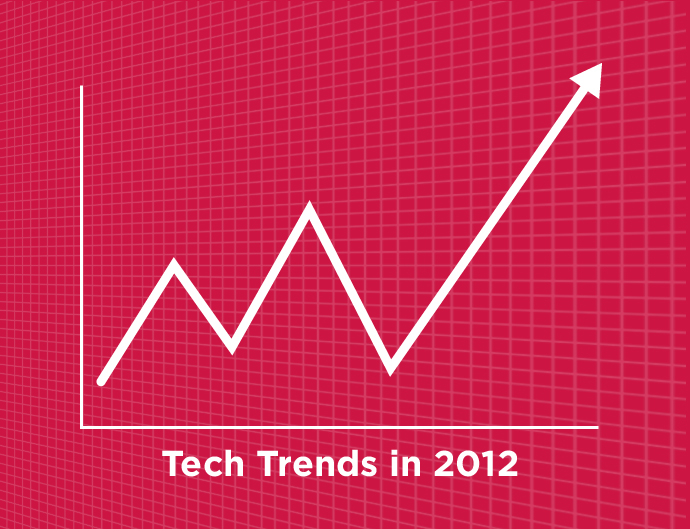 A lot can change in the space of a year, but nowhere more so than the fast paced technology industry. That’s why we are so hooked on the articles, blogs and features that come out around this time every year as tech experts, and media commentators use everything from statistics, wishful thinking and plain old sky gazing to make their predictions for the hot trends in the year ahead.

As predicted by Deloitte

Deloitte’s research indicated that smartphones costing $100 would flood the global market with 500 million of these cheap and cheerful handsets in use by the end of 2012.

As predicted by Deloitte

Deloitte’s same ‘Technology, Media and Telecommunications Predictions 2012’ also indicated that 5% of tablets sold in 2012 would be purchased by existing tablet owners, heralding the rise of the multi-tablet owner.

Tablet adoption has spread like wildfire, with sales of tablets expected to top 117 million units by the end of 2012.

So will this mean Deloitte is on the money with it’s multi-tablet owner forecast? It’s highly plausible. We bought second TVs, phones and computers for our home, so why not tablets?

We’ll just have to see just how many people get a tablet shaped present under the tree this Christmas before we call this one!

Ever since Star Trek we’ve dreamed of technology we can control through voice command and thanks to Siri, Apple’s virtual assistant, we have it. We speak, Siri performs, right? Not so much for me. Siri and I have never gotten past “I don’t understand” and I quickly lost interest.

However, Siri is gaining traction with a survey in March 2012 finding 87% of iPhone 4S owners use at least one Siri feature a month.

While it may not be quite a mainstream hit, the Washington Post were on the money here as voice recognition will continue to be one to watch for 2013.

The failure of G+

As predicted by The Telegraph (UK)

Google+ hasn’t quite taken the social media space by storm. It refers less traffic than Pinterest, has less active users than the ever dominant Facebook and is not as popular for sharing news stories as Twitter.

However, it’s unfair to call Google + a flop after such a short period of time. It wasn’t an overnight success, no, but who knows what the next 12 months could bring? An exciting partnership, new features or more people getting fed up with the limitations of Twitter and the constant tinkering with Facebook could change all that.

2012 was certainly an interesting time, and if the above examples tell us anything it’s that there’s no telling what’s around the corner in the exciting world of technology.

What tech trends are you pinning your hopes on for 2013?