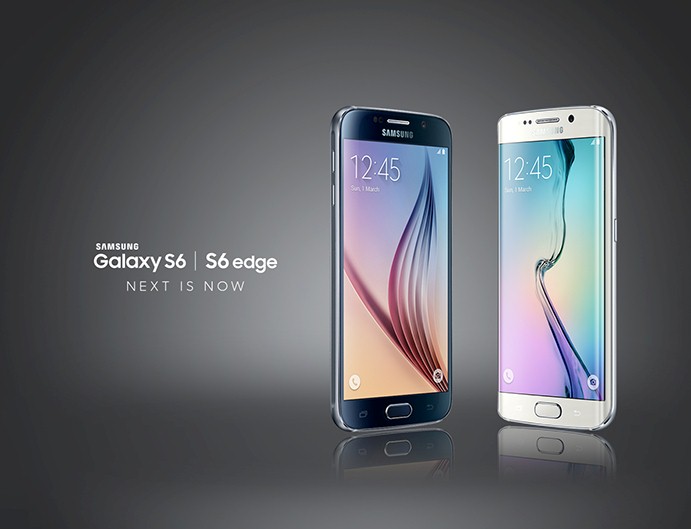 The next phase of Samsung’s smartphone attack is underway with the release of the Galaxy S6 and S6 edge. Improvements over the Galaxy S5 will delight customers, whether you’re a tech junky or everyday smartphone user. Here are 9 reasons why the S6 and S6 edge will be turning heads when they hit the shelves in April.

The S6 and S6 edge are sleek and stylish, featuring metal bodies and a slimmer, lighter construction aligned with many smartphone design trends these days. The design feature of the curved Galaxy S6 edge, the premium version of the Galaxy S6, is especially striking. A move away from plastic is a stark transition from previous Samsung smartphones.

Samsung ignored the phablet trend, instead choosing to stay with the 5.1-inch size of their previous Galaxy models. The similar size combined with a thinner build and curved edges for the S6 edge should make for a more comfortable user experience.

The resolution, colour and overall screen quality on display for the S6 and S6 edge are a marked improvement over the S5. Samsung claims their new phones will rank near the top of smartphone displays. An outstanding 577ppi combined with a 1440×2560 pixel display leads to clean, sharp images. The Samsung Galaxy Note edge has one curved side for delivering notifications and news to users. The company has gone a step further with the S6 edge, curving both the left and right sides to allow users to choose from which side they want their information to come. Favourite contacts, updates about weather and stocks as well as call and message notifications are just some of the notifications populating the rounded perimeter of the phone.

Samsung has improved its fingerprint reading technology for a variety of tasks. Gone are the days of having to swipe your finger for identification purposes, something that exasperated some users.

Apps such as Facebook, Twitter and Instagram are just one reason why cameras are such an important factor when it comes to choosing a phone. Samsung has heard this loud and clear, improving its camera technology. Samsung’s S6 and S6 edge will take advantage of the same optical image stabilisation that premiered on some of Samsung’s Note devices.

The S6 and S6 edge will be operating on a Samsung processor called Exynos. Not much is known at this stage. Potentially it could revolutionise Android phone technology and overtake the Qualcomm Snapdragon 810 that most other similar phones utilise. Customers and critics will have to make that call in the coming months.

The new Galaxy S6 and S6 edge will feature Bluetooth 4.1 technology, which in itself is not surprising. However, wireless charging technology is an interesting prospect. While owners will have to buy a specific charging mat separately, being able to ditch the wires could potentially make charging on the go easier.

Andrew is the Campaign Manager in the Customer Advocacy team. Andrew’s passion for customer service and loyalty is matched only by his passion for long moonlit walks along seashell encrusted rainbow roads.