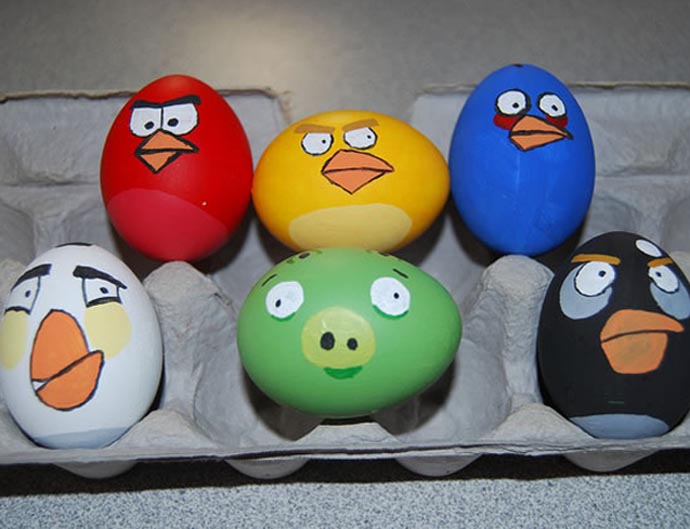 It was love at first sight. I aimed, positioned the slingshot at just the right angle. There was a gratifying ping as the little ball of feathers struck metal, causing an entire structure to collapse, followed by a little electronic squalk of satisfaction as another space pig was eliminated.

That’s all it took for me to fall hook, line and sinker for Angry Birds, the physics based gaming app taking the world by storm.

With Angry Birds makers Rovio recently marking one billion downloads with this celebratory video, the success of the Angry Birds franchise is hard to deny. From rumours of an Angry Birds film to the proposed Angry Birds theme park, this is the mother of all  app franchises.

A lot of birds, and they’re all angry

I play whenever I can – on my daily commute, during dinner, whilst half watching TV. As more versions became available my addiction grew. It was all going so well as I completed Angry Birds, Angry Birds Seasons and Angry Birds Rio, but then I got to Angry Birds Space.

It’s not the SAME!

This version of Angry Birds sparked a lot of debate when it launched in March 2012. The gameplay is transferred to outer space, where the rules of gravity change the game significantly.

Many fans of the Angry Birds franchise saw this as a necessary way to breathe life in to the game, but I hate it for one very small reason. There is no longer that satisfying ‘ping’ as you catapult your bird. Your feathered weapon is now launched at the press of a button and guided by a laser beam. Rubbish.

What’s an Angry Birds addict to do?

I can only live in hope that the next version of Angry Birds comes back down to Earth and we’re back to catapults rather than space lasers but just in case, I thought I’d better seek out an alternative to Angry Birds.

Three games that might just scratch that Angry Birds itch:

In the simply named ‘Pigs in Trees‘ the pigs are, well, in trees. The aim of the game is for pigs to protect their nest from incoming bird attacks, ignoring the rules of nature that pigs shouldn’t have nests or be in the trees in the first place.

I know what you’re thinking. Pigs! BIRDS?! Not the most original concept I’ve ever heard for a game, but a fun waste of a few minutes all the same.

Apparently ninjas hate fruit. Dubious health messages aside, Fruit Ninja is a straightforward and highly addictive game where you get to practice your ninja skills slicing fruit as it flies towards you. Very simple and very mindless so perfect for anyone with a few minutes to kill.

In Plants vs Zombies a variety of plants, all with different powers, have to protect themselves from an onslaught of zombies because in this game universe zombies are the sworn nemesis of plants.

The graphics are cute and the game gradually gets harder as the zombies move faster and arm themselves with protective gear (a very sophisticated tactic of putting buckets on their heads).

An alternative to Angry Birds?

Will any game ever topple the Angry Birds crown? What are your favourite gaming apps? Tell us what you think in the comments section below.