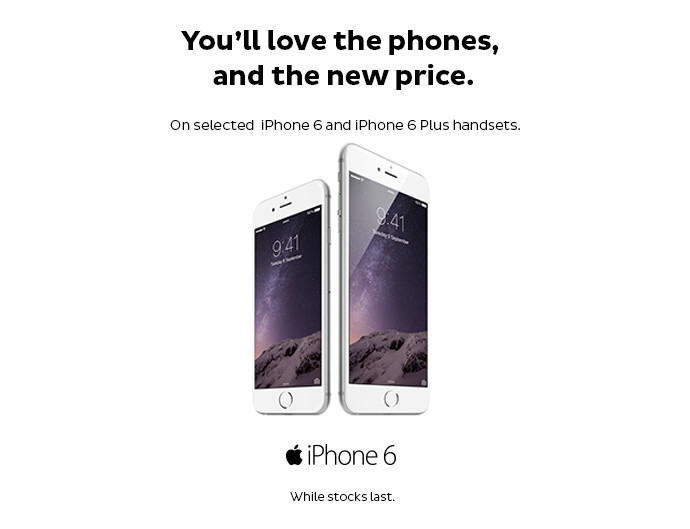 If you’ve been rocking one of Apple’s earlier handsets, but want to upgrade to one of these two latest and greatest models, now’s the time!

iiNet has released an attractive new price tag for the iPhone 6 and 6 Plus.

These palatable prices are only while stocks last, so get in quick to make sure you don’t miss out! For more details on pricing and plans, just head to our website. (Stocks are limited. Not all colours are available.)

But while we ogle over the amazing features of the current iPhone models, it’s easy to forget there was a time before smartphones….

Do you remember when Steve Jobs introduced the iPhone in 2007?

Jobs declared to the world that Apple was going to reinvent the phone: and it certainly did. Here’s what he said at the time:

“Every once in a while, a revolutionary product comes along that changes everything. And Apple has been – well, first of all, one’s very fortunate if you get to work on just one of these in your career.

Well, today, we’re introducing three revolutionary products of this class. The first one: is a widescreen iPod with touch controls. The second: is a revolutionary mobile phone. And the third is a breakthrough Internet communications device… [But] These are not three separate devices, this is one device, and we are calling it iPhone.
Today, today Apple is going to reinvent the phone, and here it is.”

The iPhone changed the way we viewed technology as a whole, and best of all, it allowed us to access the internet anywhere, anytime. The iPhone’s high quality and easy-to-use interface made it an instant success and the innovative technology began to influence the design and development of subsequent models.

Apple has continued to uphold their high standards for each subsequent model, leading to over 700 million iPhones sold around the world. Over time the iPhone has attracted a supremely loyal fan base of happy, satisfied users, including myself. It’s not a surprise: there’s a lot to love about iPhones. Their app store gets the best new apps first, they’re renowned for their consistency, simplicity and reliability and just look the way a smartphone should.

Do you remember your first iPhone? Which feature or app did you love the most at the time? Let us know in the comments below.