Aussie companies that give back 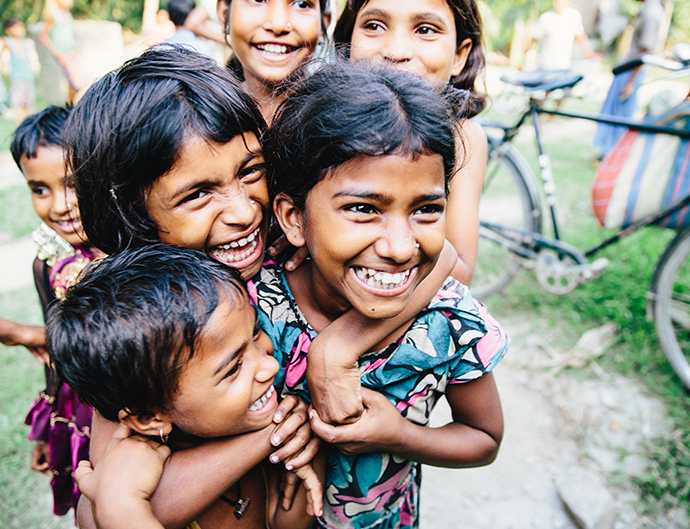 We all like to give back and support those in need. There are a lot of different businesses using their reach to support organisations around the world to create a better future for generations to come.

With so many great causes out there, businesses are working harder than ever at making a difference in their community. Here are some local Aussie businesses that you can feel good about supporting – because you’ll also be supporting a good cause!

The team consists of Founder and Chief Sock Lover, Jeff, and Marketing Advisor and Voice of Reason, Ali. Not to mention assistance from Little Dude as the photographer and a little four-legged help from Marls Barkly the Sock Thief.

Soxy Beast joins with Aussie artists in Melbourne to develop amazing new sock designs each with their very own story. Their brilliant creations are then shipped to subscribers each month.

$1 for every pair of socks goes towards supporting local charities. Each month, a new charity is featured on their Giving Back page and all sales and subscriptions received during that month are contributed to the charity of the month. In this year alone, there’s been a fantastic mix of Aussie charities selected including Wear for Success, Headspace Collingwood, Greenfleet, Take 3, YLC Victoria, and the Marine Mammal Foundation.

You can subscribe for yourself or as a gift for three, six or twelve months. If you just need one or two pairs, you can grab them in their online shop.

The logo says it all – it’s Mexican with a mission. If you like Mexican food, you may have heard of Zambrero before. In 2005, Zambrero was founded in Canberra by Dr Sam Prince and has since grown to over 160 restaurants globally!

With ‘giving back’ a top priority for the company, staff are given an extra week of annual leave to pursue their own charitable initiative. All packaging used by the stores is sustainable and even the staff’s uniforms are made from recycled materials as well!

No one deserves to go hungry so for every burrito or bowl purchased, Zambrero will donate a meal to someone in need. When writing this article, 17,090,059 meals had been donated – that’s a lot of food for those in need!

Zambreo pair with Rise Against Hunger to donate meals to those who need them most with their Plate 4 Plate initiative. Together they work to meet the immediate nutritional needs of communities facing hunger scarcity and empower those communities to develop agriculture and income-generating initiatives to facilitate sustainable, long-term food security.

Recognising their Aussie roots, Zambrero also help to make a difference to people doing it tough in Australia. For every super food muesli bar or packet of black rice purchased from the Zambrero retail range, a breakfast meal is donated to an under-privileged Australian community.

This year, Friday October 20 is Meal Packing Day! Zambrero’s Meal Packing Day is a community event where volunteers and Zambrero staff members work in teams to package the meals for donations. Last year, the initiative resulted in a record-breaking 353,376 meals being packed and the teams are ready to break this record again this year! You can get involved here.

PLUM COLLECTIONS is a family-owned business that produces quality garments for babies and children designed by a small in-house team right here in Aus. The PLUM range includes sleep bags, swimwear, nursery items, and “pod” swaddles for your little ones in bold and bright designs.

Established in 1965 by Bob and Nell Pepper, the company has been in the Pepper family for three generations and is now owned and managed by Bob’s grandson, Shane Pepper, and his wife, Eugenie. As parents themselves, they know what parents are looking for when it comes to their kids, ensuring that this is reflected in all of their products created by their team of designers who are also mums.

You can find the PLUM range on their website, in major department stores including David Jones, Baby Bunting, and in some top boutiques throughout Australia. They also export to New Zealand, the UK and US.

In 2011, PLUM joined forces with a charity close to their heart to promote  research into saving the lives of babies and supporting grieving families. PLUM donates 5% from the sales of sleep bags to SIDS and Kids, as well as donating 100 baby sleep bags each year. The company aim to provide parents with a sense of security through distribution of the foundations Safe Sleeping brochures to their retailers and customers, and the SIDS and Kids logo features on their sleep bag packaging.

Good for your bum, great for the world! Who Gives A Crap is built around proving that toilet paper is for more than just cleaning up.

Did you know more people in the world have a mobile phone than a toilet? Considering we go to the loo roughly 2,500 times a year, a toilet would be more useful than the phone, right?

Poor sanitation can cause diarrhoea-related diseases that fill over half of sub-Sharan African hospital beds and kill 900 children under 5 every day!

When Simon, Jehan and Danny learnt that 2.4 billion people don’t have access to a toilet – action was taken and Who Gives A Crap was launched in July 2012 with a crowdfunding campaign on IndieGoGo.

How did they reach the first $50,000 you ask? Well Simon sat on a toilet in their warehouse and refused to move until enough money had been raised in pre-orders to start production. It took 50 hours and it was a little chilly but they got there! If you’re interested, you can see the video here!

It’s pretty simple, really. You purchase your toilet paper, paper towels, and tissues on the website and 50% of profits are donated to help build toilets for those in need. All products are made with environmentally friendly materials, too!

Why do they do what they do? The stats speak for themselves! To date Who Gives A Crap has donated $1,175,000 to help fund hygiene and sanitation projects, saved 30,797 trees and 74 million litres of water, and avoided 5,922 tonnes of greenhouse gas emissions by using cleaner processes in production.

The company works with WaterAid and Sanergy to donate unlimited funds and let the teams on the ground decide what will make the biggest difference to those in need. If you want to stock up head here! You’ve more than likely seen one of these stores in your local shopping centre. Nigel Austin, founder of the Cotton On Group, opened the first store in Geelong, Victoria in 1991. The franchise has now expanded to over 1,500 stores, 7 brands and 19 countries!

The company supports four charities that zone in on the four key issues that have been identified as major contributors to youth homelessness. Together, they aim to prevent young people from becoming homeless and support those experiencing homelessness.

Inspiring people to give back is a core part of the business. The Run Australia initiative provides a platform for Aussies to run and walk to raise money for children’s health. The first event was hosted in Geelong in 2009 with 2,000 participants. Today, almost 145,000 people participate, raising over $5.2 million for children’s health projects across three states in Australia. 100% of all registration fees go directly to the local cause. It’s pretty amazing just how much this fund has achieved – you can see it here.

But wait, there’s more! The Cotton On Foundation supports projects in Southern Uganda and works to reduce poverty and improve the lives of those in need. All proceeds from the Cotton On Foundation range go straight to the foundation. You can see on the website that they have built 90 classrooms so far and that’s just the beginning!

Just like these Aussie businesses, iiNet is passionate about giving back to the community. We support charities such as the  Australian Red Cross Blood Service and Ronald McDonald House Charities Australia, as well as hosting regular fundraising events for a range of great causes.

Which Aussie business do you support that gives back? Let us know in the comments.