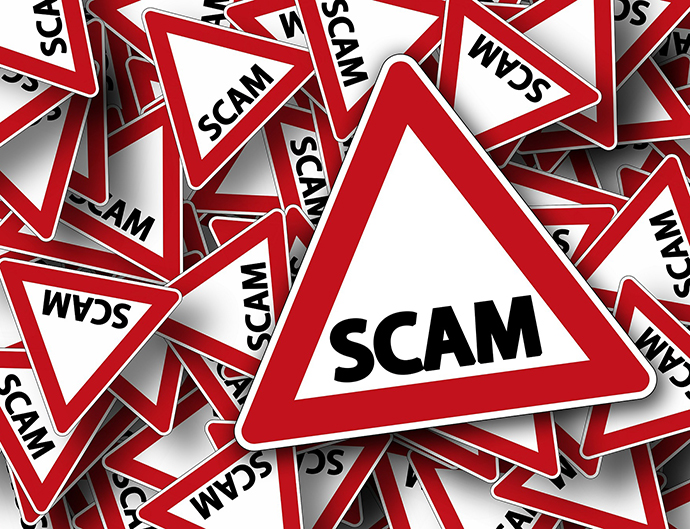 As a society, we’ve been using the internet for a while, so most of us know that if an online popup tells us we’ve inherited a billion dollars from our estranged foreign relatives, it’s probably too good to be true.

Unfortunately, as we become wise to these old, predictable scams, new ones are being invented – and they’re a lot sneakier.

The common factor with scams is they play on people’s most desperate desires. People want to believe in miracles, and scammers take advantage of that by promising people all their wildest dreams.

There is no one sure-fire way to avoid being scammed: it happens to the best of us.

However, in hopes of helping you avoid these online nightmares, here’s a list of some common scams to look out for and the red flags that should alert you to trouble. In today’s digital world, there’s no reason why the fairy tale romance you always dreamed of can’t start online. As life becomes busier, more and more people are moving to the world of online dating to find that someone special.

Sadly, scammers are always ready to prey on people’s emotions. They use online dating sites to find people who are hopeful, vulnerable and put their heart on the line, then manipulate them into parting with hundreds, sometimes of thousands of dollars.

Dating site scammers will often communicate with their victims all through the night in an attempt to keep them sleep deprived, and thus less likely to react rationally when approached with the scam. So keep on your toes and watch out for the following red flags:

A new twist in the world of dating scams is that some scammers who have been caught, have used it as an opportunity to extend the scam. After being caught, they will claim to have started contact with the intent to scam, but in the process have truly fallen in love with their victim. They then incorporate their victims into their scams, which can have serious legal consequences for the victim!

Online dating can be a perfectly safe and rewarding experience, just make sure you always have your wits about you. So maybe you’re not looking for love; you just want the companionship of man’s best friend. Sadly, scammers will prey on this desire too. Expensive or rare breeds of dog will be advertised on sites like Gumtree, Quokka, or Facebook at unusually low prices, or sometimes they’re even advertised as free.

I can tell you from firsthand experience exactly what this scam looks like, though I was wise to their ways and they didn’t get a cent from me. A while back, I was hunting for a husky puppy, so I took to my old faithful friend the Internet for assistance.

It was winter and not many breeders had puppies at the time, and most weren’t expecting a new litter until spring. That’s why when I saw an advertisement for a free husky puppy on Gumtree, I clicked it, knowing it was probably too good to be true.

Even though it was midnight when I sent an expression of interest, I received a reply straight away. This will be your first red flag in a puppy scam. It was a massive wall of text, so I assumed it was copy/pasted: there was no way someone could type so much so fast. I immediately guessed it was a scam, but I decided to see it out, due to a mixture of boredom and curiousity.

In the initial email the scammer claimed to be the loving owner of two husky puppies who couldn’t keep them due to missionary work taking her to save orphans in South America (no exaggeration). I thought this was laying it on a tad thick, but I suppose they wanted to come across as saintly as possible to gain my trust – this will be your second red flag.

The scammer said because she couldn’t take the puppies with her, she was willing to give them away for free to a loving owner, and she asked for proof that I would take good care of the puppies. By asking for “proof”, the scammer aims to look more legitimate. I made up a spiel about dogs I’ve owned in the past, and again within microseconds I got back the “you sound like the perfect owner” response. Of course…

This is when the scam really kicks in. The next response I got was the scammer claiming she was urgently called away and had to take the next flight to South America, and because she hadn’t finished the transaction, she was forced to take the dogs with her. She said I could still have the dogs for free, but I would have to pay for the airfare to fly them back. Not only that, but she said the conditions in South America were so bad, the dogs were in poor health and would die if they didn’t get sent back to Australia. These are your final red flags and they don’t come with an ounce of subtlety.

This seemed like the perfect time to respond that I knew I was speaking to a scammer all along and I had already reported their Gumtree account.

Online shopping is a great timesaver and gives us access to all kinds of awesome products that aren’t available at our local shopping centre. However, because no element of life seems to be sacred, scammers have also taken this up as an avenue for their crimes.

There are various online shopping scams out there, but the most prolific appear to be fake online retail sites. The more tech-savvy scammers set up these sites with convincingly sophisticated designs, fake or stolen logos and stolen Australian Business Numbers (ABN).

The way these scams work is they will act as if you are making an ordinary online purchase, but once your money has been transferred the product will never arrive, or a product that’s faulty/poor quality/looks nothing like what you thought you purchased will arrive in its place.

So how do you know which sites you can trust? Here are some of the red flags of an online shopping scam:

I will usually Google the name of the retailer before purchasing anything from a new store. It becomes apparent quite quickly if people have had bad experiences with a site, and those are ones I make sure to avoid.

Now, I’m not claiming to be an expert in the field of online scams and these are just a few of many different types of scams out in the world, online or offline. Scams are always evolving and scammers are always looking for new avenues to con people. Just look for the red flags, approach things sceptically, and if an offer sounds too good to be true, it probably is!

Have you come across any online scams? Let us know in the comments below.