How baby tech is changing parenting It’s fair to say that the art of parenting has come a long, long way thanks to technology. We love our kids and we want what’s best for them, so the industry of baby tech is booming. From state-of-the-art baby monitors to high-tech learning toys, modern parents are more than willing to embrace new gadgets that will help with the daily tasks associated with raising a child. After all, being a parent is a stressful gig!

So, what are the latest gizmos to change the face of parenting? We’ve scoured the web for some cutting-edge developments in a wide range of baby tech, including some of the top performers at the recent 2019 Consumer Electronics Show (CES). Read on the find out how these devices work and how they’ll help make life easier for mums and dads everywhere.

As consumers, we Aussies can get very passionate about our kitchen appliances (if you don’t believe us, find someone in your social group who has a Thermomix or a NutriBullet) however sometimes the function of said appliances can seem so niche that it’s a wonder how useful they’d be to some people. However, when you’re running on next to no sleep and you’re trying to feed a screaming baby at 3AM, the ability to have a bottle of formula perfectly prepared in under two minutes is invaluable. With the Tommee Tippee Perfect Prep Machine, all you need to do is measure out the formula and the system will mix and fill the bottle with filtered water that’s heated to body temperature so you know it’s at the perfect temperature from the get-go. For countless parents, the convenience is worth the investment!

White noise machines and other soothing audio tracks have always been popular with those seeking out a good night’s sleep, but the Grohush takes it one step further with parents in mind. This portable, cushioned speaker is designed to fit over a bub’s ear and play soothing white noise to help calm down fussing infants, even when you’re out and about. The audio level is safe for babies (even newborns) but it can’t be heard by anyone else so it’s non-disruptive and means that parents don’t necessarily need to remove themselves from a social situations to calm their little ones. 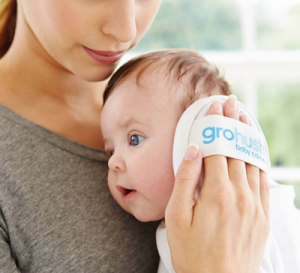 Here’s a cutting-edge piece of tech that was named a winner of Babylist’s Best of BabyTech Awards at CES 2019: the Jiobit is a lightweight device that‘s designed to attach to a child’s clothing or shoes. Providing accurate, real-time location tracking through a secure companion, the Jiobit lasts for weeks at a time on a single charge. Parents can even set up the app to alert them if a child wanders too far from a specific location, or when they arrive at school. One may scoff at the need for such advanced location tracking but as a former Wandering Child who once got so lost on a family holiday that the New Zealand police had to find me, I can attest that yes, it’s a great idea that can prevent a lot of parental panic. 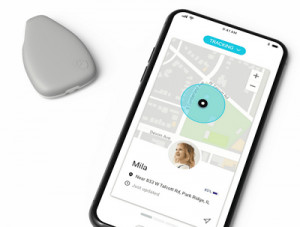 TytoCare isn’t so much a standalone product as it is a healthcare service provided through insurance companies in the United States. While it isn’t available in Australia yet, it does give us an interesting look at the kind of products and services we may see on the Australian market in the future. The rising popularity of at-home medical services such as Telehealth and mobile doctors are extremely useful for parents, especially those with small children. It’s hard enough when you’re sick, but it’s even harder when a child is too young to communicate what their symptoms are!

TytoCare aims to put some more power in parents’ hands by giving them the tools to perform on-demand medical exams. The kit combines the TytoApp with handheld tools that you can use to check things such as temperature and heart rate with the guidance of a doctor via video conference. This gives parents a professional diagnosis without the need to bundle a sick kid off to the doctor’s office for the umpteenth time. 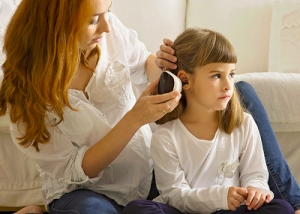 Robot toys have been around for a long time now – Furbies were first sold in the late 1990s – but the Woobo is a seriously advanced A.I. companion! It has a cuddly exterior and a LCD-screen that switches between a face and an interactive, game-link interface known as Woobo’s World. Kitted out with WiFi connectivity and voice recognition, Woobo can play games, answer questions, sing songs and even remind kids when it’s time to brush their teeth. There’s also a parent companion app with the ability to send voice messages back and forth between the Woobo and your phone, so it’s a simple and safe way for children to communicate with their parents, especially while they’re too young for the responsibility of a proper phone. 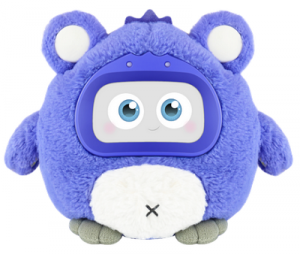 One of the challenges in designing baby monitors is that many types of technology need to be kept away from babies – for example, it’s not recommended to put a mobile phone near an infant’s head as the phone can emit microwave radiation. This means that we need an effective way to keep an eye on a bub without putting their health at risk. Nanit Breathing Wear works with their crib cameras to monitor a baby’s breathing in a simple, cleaver way: the camera tracks the movement of the shapes printed on the swaddle or breathing band to get accurate readings while keeping the tech components at a safe distance. 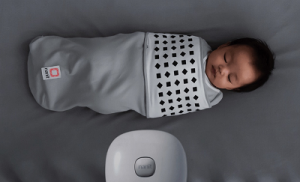 If the name rings a bell, that’s because Teddy Ruxpin was a best-selling toy back in 1985 and 1986. The original teddy used cassette tapes to “read” stories to children, and his mouth and eyes would move as the tape played. There have been a few revisions to the toy since then, but the latest release from Wicked Cool Toys is a serious upgrade. Kitted out with Bluetooth technology, a companion smartphone app and LCD-screen eyes, the modern Teddy Ruxpin comes pre-loaded with three stories and seven sing-along songs. Nowadays, instead of buying more cassette tapes for different stories, you can find them available for purchase through the companion app (available for Apple, Android and Amazon devices). Finally, here’s a camera that you can use to create a different kind of keepsake for your bub: Babeyes is a wearable camera designed to capture footage from a baby’s point of view. Unlike most baby tech, this device doesn’t have any WiFi or Bluetooth connectivity as the radio waves can be harmful to an infant. Instead, it simply collects up to two hours of video for parents to view later and decide which clips are worth keeping as a memento of their childhood. The video editing software that accompanies Babeyes includes facial recognition so it’s easier to find meaningful footage that includes friends and family members. Have you given a modern upgrade to your parenting techniques or have a go-to piece of baby-tech? Share it with us in the comments.