Best kids movies on Netflix for a family night in 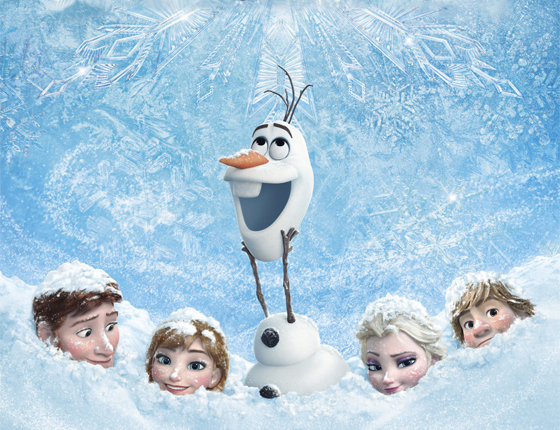 Spring has finally sprung. This is one of my favourite times of year: flowers are in bloom, baby animals are being born and the weather is starting to warm up after a long, chilly winter. But just because the sun is shining, doesn’t mean it will stay that way. Spring is also a time of erratic, unpredictable weather and you might find yourself stuck inside during an unexpected rainstorm with bored kids longing for school holiday entertainment.

The good news is, if you have Netflix, days like this are no trouble at all. Netflix is packed full of family friendly entertainment and movies that are fun for both kids and adults. Now, I know some of you will be thinking all kids movies are boring and if you have to watch one more minute of something as cheesy as The Wiggles you might just pull your hair out. That’s why I’ve asked some fellow grownups for their suggestions for best kid’s movies, so both you and your little ones can enjoy a movie together.

Here are our picks for the best Netflix movies for both kids and adults. In one of Disney’s loonier larks, spoilt brat Emperor Kuzco makes an enemy of the wrong evil mastermind and winds up on the receiving end of a potion that turns him into a llama! Kuzco must now rely on heart-of-gold peasant Pacha to help get him home and turned back into a human before the power-hungry Yzma hunts him down to finish the job.

This flick is bound to get a giggle from both kids and parents. I’m not ashamed to admit that the first time I watched it there were moments when I cried from laughing so hard. Kronk creating his own theme music and the banter between his shoulder angel and shoulder devil were two of those moments.

One of my favourite things about the film is the fact the characters all have exaggerated personalities, making them amusing and shrewd caricatures of different human behaviours. For example: Yzma is vanity, delusion and evil, Kronk is dim wit and naivety, Kuzco is greed and ego. Even Pacha is an exaggerated version of kindness and forgiveness. As you may guess, a film with such a hyperbolic collection of characters delivers electric eccentricity and wackiness by the barrelful.

This film sets itself apart from the traditional Disney formula by omitting the song-and-dance sequences. Originally meant to feature a Sting soundtrack, it was cut last minute, leaving the quick-quip comedy mercifully uninterrupted. So if you can’t stomach another cheesy love song, this may just turn out to be your new favourite Disney. Disney-Pixar takes on Sci-Fi with this out-of-this-world space adventure. Lonely little robot Wall-E traverses across a deserted and polluted world trying to clean up the mess humanity left before jetting off into space when the world became uninhabitable. Rusty and slightly battered, Wall-E has been toiling away for 700 years for what was supposed to be a 5 year mission. Over time he has become the last remaining waste disposal robot on Earth. For this reason, when high-tech hovering robot EVE suddenly appears out of nowhere he becomes infatuated. As the two robots cross paths they end up thrown in the midst of a perilous quest which could decide the fate of the human race.

Your kids will appreciate the action of robot fights and explosions set in a stunning outer space setting as well as the adorably loveable heroes Wall-E and EVE. As a parent, you’ll be able to appreciate the movie on a whole new level. The movie makes intelligent and fearless commentary on social issues such as environmental degradation and mass consumerism.

It’s impossible not to be blown away by the incredible visuals: it truly is a feast for the eyes. Every little detail has been so well thought out: anyone notice that EVE’s slick, white design strongly resembles the trends in modern technology like Apple products? With important lessons to be learned from the film, you’ll also feel like you’re doing something good for your kids by letting them watch it. I would be remiss not to mention Frozen in an article about popular kid’s movies. An instant Disney classic, Frozen is loved by adults and kids alike and has inspired thousands of Elsa costumes and “Let it go” renditions by people of all ages. Magical Queen Elsa accidentally creates eternal winter when she flees her home hoping to protect people from her icy powers. It’s then up to her sweet but clumsy sister Anna to bring her home and return summer to the kingdom. Teaming up with rugged mountain man Kristoff, sassy reindeer Sven and blithesome snowman Olaf, the group embark on an icy journey, full of wolves, trolls and even an abominable snowman.

Another visual masterpiece, the glistening snowy mountain setting looks so real you can almost feel the crunch of the snow. But the graphics aren’t the only thing grownups will enjoy about this movie. Whether or not you are a fan of Disney songs, one can’t help but be impressed by Idina Menzel’s powerful vocal performance. If you do like your kids movies showtunes-heavy, you’re in for a treat. The songs are crazy catchy and a tonne of fun to sing along to. The strong feminist values embodied by the characters make this more than your average Disney princess movie.

Which movies do you love to watch with your kids? Let us know in the comments below.