Biggest blockbusters to get excited about this year 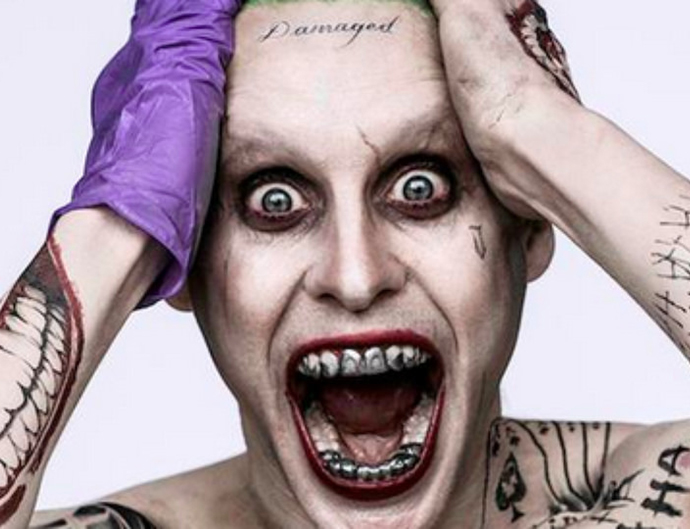 As we kick in to January, people are starting to get back to work and settle in after their Christmas breaks: that luxurious time of year when we finally get to put up our feet and enjoy some much needed R&R.

Like any self-respecting geek, I used a day of mine to go see the new Star Wars film, The Force Awakens. This was apparently a popular choice of activity this holiday season, with the film quickly rising to the highest grossing film in US box office history!

As I settled into my seat, popcorn tucked under my arm, wriggling in eager anticipation, I was treated to a couple of trailers among the 500 ads. Every trailer I saw had me drooling! They even had me momentarily distracted from the fact I was about to see a new. Star Wars. film.

With so many amazing movies to look forward to, how could I not write an article all about them!? As a film junkie I am so excited for this year, which is looking to be one of the best ever for new films. Here are just a handful of the flicks I am looking forward to this year.

Oh man, I have been pumped for this ever since it was announced Ben Affleck was going to be playing Batman. The world seems divided on this casting choice, but I for one think ‘Batfleck’ is going to be glorious. Batman is one of the coolest superheroes ever invented, and as brilliant as The Dark Knight was, I just wasn’t that captivated by Christian Bale playing the coveted part (Heath Ledger’s Joker, on the other hand, was other-worldly!).

Bale’s scratchy, raspy voice has been replaced with Affleck’s dark, modulated bat-voice that makes everything he says sound amazingly brutal. I’ve watched the trailer on YouTube a dozen times and I still get tingles when Affleck delivers the line “It’s time you learn what it is to be a man”. Pit two powerful heroes against each other, add a good streak of action, then throw in a sexy new Wonder Woman and I am all in!

Jared Leto’s psychotic looking Joker was enough to suck me in, but I’ll stick around for Will Smith, Cara Delevinge and what is no doubt set to be one of the most cosplayed Harley Quinn costumes of all time.

I think this one speaks for itself. After all, what’s not to love about a troupe of deadly anti-heroes wrecking stuff up and taking names. Though some may try to deny it, there is a little bit of a bad side to us all, and it is going to be great fun watching the bad guys try to bring justice to the world, the only way they know how.

Jared Leto isn’t the only hottie undergoing a reverse-makeover for a movie this year; Ryan Reynolds will be donning some pretty hideous makeup to star as the mouthy antihero Deadpool in the new movie of the same name. Ryan has been the king of sass since his early days in Two guys, a girl and a pizza place, and I have no doubt he’s going to be brilliant in this film.

I’m rooting for the success of this movie, to make up for the corruption of the character Deadpool by the severely disappointing X-men Origins: Wolverine (why would anyone ever want to sew up the mouth of one of the wittiest comic creations?!). But if the trailer is anything to go by, it’s going to be a hoot (as long as you’re over 18).

Okay, by now you’re probably thinking I should get off the superhero movies; but they just look so good. 2016 is definitely going to be the year of superheroes, with Captain America: Civil War adding Iron Man, Black Widow, Hawkeye, Scarlet Witch and even Ant-Man to the list (Oh, and Captain America himself, I suppose).

It’s not just Batman and Superman who are at odds; a rift has now formed between Captain America and Iron Man (why can’t we all just get along?). Though I’ll be a little disappointed to see so many of the Avengers appear in a film without my favourite villain Loki, the onslaught of super powers from this hero heavy flick is enough to sell me on Marvel’s new marvel.

I adore kids movies and I don’t care who knows it! Inside Out was one of my favourite films of 2015, and The Little Prince is looking to be the next heart-warming, tear-jerking animation to give us all the feels.

This probably won’t make many other people’s “most anticipated films” list, but after watching a gorgeous trailer with a stunning mix of computer animation and 3D stop-motion, and what looks to be a beautiful tale of friendship, imagination and childhood innocence, it’s definitely near the top of mine.

Plus, it doesn’t hurt that the director has worked a bunch of episodes of one of my favourite guilty pleasures: Spongebob Squarepants.

There are a couple of movies I am more quietly excited about, like Fantastic Beasts and Where to Find Them: a spinoff from the Harry Potter world. I’m a bit wary of anything that tries to touch the beloved Harry Potter universe, but with JK Rowling assisting with the production and Eddie Redmayne leading the cast, I’m hoping it will be a hit.

I have similar hopes and concerns about a new Ghostbusters film with all-women Ghostbusters and the sequel to Finding Nemo; Finding Dory. Both could be major successes or massive flops. We’ll have to wait and see.

Which movie are you most excited for this year? Let us know in the comments.