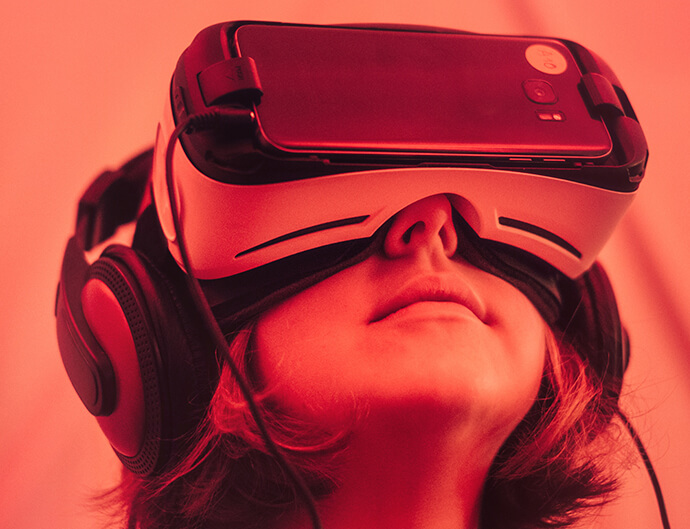 Back when I was in high school taking Information Technology as an elective in years 10 through 12, we covered topics that seem pretty tame by today’s standards – basic HTML, website design, Flash animation software and of course, the seemingly inescapable Microsoft Excel. If you go back even further to my mum’s day, “Computer Awareness” was only just becoming widespread in secondary schools and you probably had to take a college-level course to pick up the kind of computer skills that many of us take for granted today.

Fast forward to 2018 and Coding is now part of the NSW school curriculum… for kindergarteners. That’s right, no typo – kindy kids are learning coding! While that doesn’t mean these tots are smashing out lines of code on a computer, it does mean that they’re being introduced to the fundamentals of computational thinking at a very early age. That means stuff like problem solving, recognising sequences, and understanding cause and effect.

Even if they don’t wind up employed in the technology sector, these kinds of lessons can do wonders for a child’s analytical and numeracy skills. It also makes them more likely than any other generation before them to develop interests in technology, gadgets and gaming. While this is amazing, it can leave some parents (or grandparents) stumped for things to do with the kids that involve these interests.

Whether you’re a tech-head looking for some fresh ideas or tech just isn’t your thing, here are five fun and parent-friendly activities of the tech-y variety. Give one of these a whirl and not only will you and the little ones enjoy yourselves, you may just learn a thing or two along the way! As it’s the second best-selling video game of all time, chances are that your kid plays Minecraft. If they do, why not join in the fun? Minecraft is a simple game with big potential in a world where everything is made out of different kinds of blocks. While the game does have a Survival Mode where you have to stay fed and avoid getting killed by monsters, younger kids may be more interested in Creative Mode which is essentially digital Lego blocks supersized!

Gameplay is easy to learn and the software can be run on most computers – you can check your system requirements on Can You RUN It. LifeHacker also has a comprehensive Parent’s Guide to Playing Minecraft with your Kids that will tell you everything you need to know about the game. You can even look at getting an affordable subscription server which will give you your own private world to build in, so you can play together without any strangers. Fly a drone together

When they first hit the market, the high cost of drones made them a risky purchase even if you were flying it yourself, let alone handing the controller to a child. These days, you can get your hands on a mini-size drone for a price that won’t make your eyes water in the event of a crash landing. Drones without a camera go for as cheap as $39, which makes them a great starting point for any budding drone enthusiast. You’ll be amazed at how time flies when you’re flying a drone – why not build your own obstacle course together and see who can get the fastest time? Bring the physical into the digital

Here’s one that kids as young as three can join in on, with a bit of help: Play-Doh has been a school-age pastime for decades but the Play-Doh Touch app takes it to the next level! After making your Play-Doh creation, pop it on a white background and use your smartphone or tablet to take a picture. The Play-Doh Touch app will scan the image and use it to generate an animated character in the digital world on-screen, where you can play games with them.

You can download the app for free on iTunes or the Google Play Store but you’ll need to take a trip to your local shops to pick up some Play-Doh if you don’t have any. Discover the world of VR

When you hear about “virtual reality”, you may think of very expensive gadgets like the HTC Vive. Guess again – thanks to Google Cardboard, there’s a huge range of affordable VR viewers on the market that work with apps you can download on your smartphone. Whether you have an Android phone or an iPhone, be sure to check that the viewer you’re buying is the right size for your device.

Once you have VR viewer, it’s time to get a VR app. There are hundreds of titles out there, but here’s a selection of popular apps on the Google Play Store and on iTunes to get you started. When you’re wearing the viewer, you’ll be able to play VR games and watch 360-degree videos, looking around just as you would in real life. It’s a marvelous experience that everyone should try at least once! Scratch is a free software platform developed by the Lifelong Kindergarten Group at the MIT Media Lab. It has an ultra-simple, drag-and-drop interface that can be used to create your own interactive stories, games, and animations, then share them with the community. Scratch is designed for kids aged 8 to 16, but can be used by people of all ages. You can even get the software in over 40 different languages, in more than 150 countries! When you hear about educational programs such as Code Camp, chances are that they’ll be starting out with software similar to Scratch.

That said, who needs a special camp? There’s nothing stopping you from gathering round a computer and giving Scratch a go yourselves! Despite only learning about Scratch’s existence 5 minutes prior, I was able to follow along the instructions in Code Club’s Ghostbusters project fairly easily. However, I will say that finding the commands you need by looking at the instructions will be challenging if you are colour blind.

Code Club has dozens of projects available for Scratch, starting with the easiest projects first, If you need a bit more help, you can check out the beginner’s tutorial in Scratch or browse a huge range of user-created tutorials. Have fun!