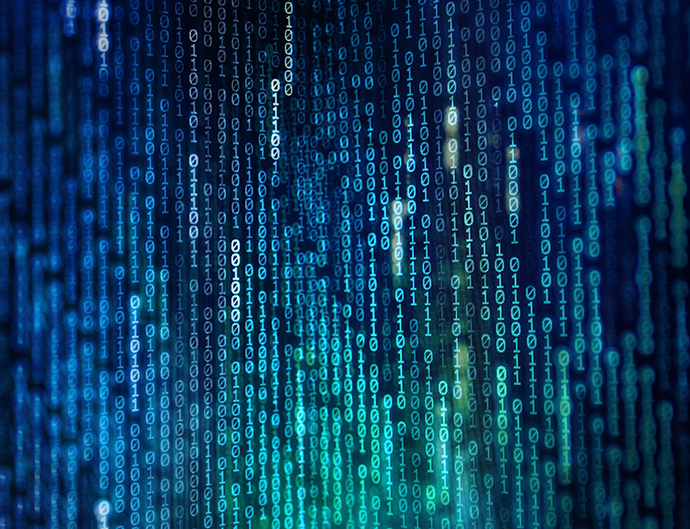 The internet is a huge part of our lives. Almost integral, some would say. As we move towards working from home, studying online and streaming TV, now more than ever, we’re using the internet to get through the day. It’s hard to imagine a world without the internet!

The internet is a world of endless opportunity, knowledge galore and lighthearted fun. We’ve all been caught down that rabbit hole whereby a quick Instagram check finds you ten hashtags deep and an hour has passed you by. While the internet is a seamless part of your day, have you ever asked yourself how it came about? Let’s take a look at where it all began and celebrate this incredible invention that enabled anyone to publish and to consume content.

Where did the web come from?

So how did the WWW come about? In 1969, a team of computer scientists at UCLA worked hard to send the first message from one computer to another via a network. The first message sent was simple; the word ‘login’. However, only the first two letters of the word were received. This milestone paved the pathway to what we know as the web today.

Twenty years later, in 1989, Tim Berners-Lee was working at the European research organisation CERN. Tim wanted a way to share information and mitigate the risk of losing information when people left the organisation. His solution was a system called HyperText Markup Language (HTML), which would be available on any computer, no matter where you were stationed at CERN. He also developed Uniform Resource Indentifiers (URI), also known as URL’s and Hypertext Transfer Protocol (HTTP). These incredible feats created a way to organise, address and link information via the web.

As of January 2020, there were 22.31 million internet users in Australia. We’re celebrating the WWW by bringing together a list of some of the most popular sites on the ‘net. What is the WWW bringing us now? We take a look at the sites that are popular now and show you the first of its kind! Before we get started, take a look at the first website that was launched in 1991. This may look simple but it’s come a long way and pays tribute to just how far the WWW has come!

Now – Do you find yourself using the phrase “Google it”? Google is the most popular search engine with a 87.35% market share however there are other search engines such as Bing and Yahoo!, DuckDuckGo, and Ask.com. Each day over 3.5 billion searches are made with Google. That’s 1.2 trillion searches per year! You can see how many searches have been made so far today here.

Then – While Google is the most common search engine now, before Google launched there was another search engine called WebCrawler. It still exists today as a metasearch engine that blends top results from Google and Yahoo.

Now – Nowadays, there are over 4 billion email users and over 293 billion emails are sent each day! Via Outlook, Gmail, or even iiNet!

Then – In 1971, the first email was sent by Ray Tomlinson, an engineer at BBN Technologies. He sent an email to himself from one computer to another with the message “something like QWERTYUIOP”. It’s not the most fascinating message and it was only a test, but it led to a huge change in communication. Tomlinson is also recognised for introducing the “@” sign as the locator in email addresses. Why the “@”? Because he thought it seemed like a good idea!

Now – Memes, videos, podcasts, videos, and photos – we share content continually. In fact, that’s what social media is. The sharing of content that can be related to and enjoyed by others!

Then – Can you guess the first image ever loaded to the internet? Loaded by Tim Berners-Lee in 1992, it was an image of Les Horribles Cernettes, a parody pop band that was founded in 1990 by employees of CERN and performed at CERN.

Have you checked out the very first YouTube video? It was published on the 23rd April 2005 by co-founder Jawed Karim and was titled “Me at the zoo”. On the day of writing this article it has 75,122,388 views – if you haven’t seen it yet, check it out here.

Now – Having devices that connect to the internet has resulted in instant messaging and sharing of data. To put it in perspective the first iPhone was released in 2007 – that’s 13 years ago! Since then we have seen apps, smartphones and other devices completely change how we use the internet.

Facebook Messenger, WhatsApp, iMessage and We Chat all offer real-time text delivery via the internet. Whether it is for business or personal use, instant messaging is used on a day-to-day basis. In fact, WhatsApp has 2 billion users globally and Facebook Messenger have 1.3 billion globally. Each day 65 billion WhatsApp messages are sent, that’s 29 million per minute!

Then – Instant messaging has been evolving for a while, in fact the concept goes back to the 1960’s!  The term “instant messaging” became a common phrase in the early 1990’s.

Now – E-commerce is booming worldwide. I mean, what’s not to love – browsing to your heart’s content in your PJs on the couch! Shopping isn’t just dictated by the purchase, the shopping journey starts with customers searching and researching online as well. Last year, it’s expected that one out of every 10 items will be purchased online in e-commerce stores. Online shopping is definitely on the rise with Australians spending a total of A$28.6 billion online shopping last year and this is expected to reach A$35.2 billion by 2021.

Then – Online shopping created by Michael Aldrich in 1979. One of the first e-commerce platforms was launched by Boston Computer Exchange in 1982. E-commerce started to expand in 1991 when the internet was opened to commercial use and in 1992, Books Stacks Unlimited launched one of the first online marketplaces for books. Following this, Amazon.com was founded in 1994 and was one of the first e-commerce sites to start selling products online. Fun fact: In July 1995, the company began service as an online bookstore. The first book sold on Amazon.com was Douglas Hofstadter’s Fluid Concepts and Creative Analogies: Computer Models of the Fundamental Mechanisms of Thought.

Now – Video conferencing is integral to many businesses that operate over multiple locations. They offer the ability to have more engaging and life-like meeting solutions and build connections between colleagues and customers. Whether you use Skype, Microsoft Teams, Zoom or others, we have the ability to connect across various devices and locations and in turn, increase productivity and relationship building.

Cloud-based systems, such as iiNet BizPhone, are becoming more and more popular among businesses of all sizes. Internet phone systems do just as they say, they use the internet to deliver voice communications by transmitting your voice as data. They can be referred to as VoIP, IP PBX, and cloud phones just to name a few and they allow advanced features such as smart redirect, extension dialing, auto attendants and conferencing.

Then – The first web cam was set up in 1993 in a computer lab at the University of Cambridge so that people from all over campus could see if it was empty or full when they needed a caffeine hit!

Now – learning online or ‘eLearning’, is a huge resource for many kids, teenagers, and adults. Sites such as edX, Mathletics, and Studyladder, just to name a few, are readily available for online learning.  You can see some of the resources available on our blog articles “Activities to keep kids minds buzzing” and “Learning through play with video games”

Then – in 1892 The University of Chicago was the first school to offer “correspondence” courses. Although the concept of long-distance learning had been around for years, the first computer based training program was developed in 1960. This program was originally designed for students attending the University of Illinois to access course materials and recorded lectures. In 1981 Western Behavioral Sciences Institute offered the first online college program through its School of Management and Strategic Studies.

It is important to note that while the web has created opportunity and growth and made a number of tasks easier, it has also created the opportunity for scammers and bullies to reach innocent people. We want to ensure a safe and positive experience while searching online, so be sure to visit eSafety for more information on online safety and check out this site for more information on cyberbullying.

What’s your favourite thing about the internet and how far it’s come? Share it with us in the comments.