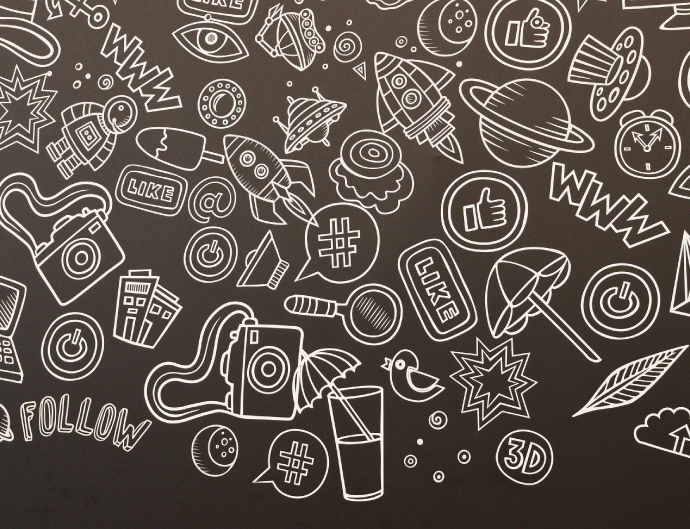 WWW Day was celebrated on the 1st of August in recognition of its creator in 1989 – Tim Berners-Lee. Nowadays it’s impossible to imagine what life would be like without the internet and the WWW. In fact, today there are currently 4.39 billion internet users world-wide, and this got us thinking about the wonders of the world-wide web (WWW) and how it has changed and influenced us over the years.

Without further ado – here’s a list of facts, interesting sites and ways we celebrate the web for you to enjoy!

1. There’s a difference between the internet and the world-wide web.

Technology is continually evolving so it’s impossible to credit one person with all the internet and WWW have to offer today however, the invention of the internet dates back to 1969, when a team of computer scientists at UCLA managed to get send the first message from one computer to another. Although only the first two letters of the word “LOGIN” were received. Twenty years later, Tim Berners-Lee, created the WWW we know today.

2. Tim Berners-Lee created the WWW because he needed to have access to information in multiple locations.

Thirty years ago, CERN computer scientist from Switzerland, Tim Berners-Lee, proposed an idea that would take the internet from sending files to a “web” of information that anyone had access to the internet could receive.

He wasn’t looking to transform the way we use the internet, he was simply looking for a solution so he didn’t have to switch computers whenever he needed to access information that wasn’t on his main computer and to allow the sharing of information between scientists in universities and institutes around the world.

You can check out the page – http://info.cern.ch/hypertext/WWW/TheProject.html

Even though it looks simple, the site has actually been updated from its original state several times.

4. What did the first email say?

The first ever email was sent in 1971 by Ray Tomlinson. He sent an email to himself from one computer to another with the message “something like QWERTYUIOP”. It’s not the most fascinating message and it was only a test, but it led to a huge change in communication. Tomlinson is also recognised for introducing the “@” sign as the locator in email addresses.

IP over Avian Carriers (IPoAC) is a proposal to carry Internet Protocol (IP) traffic by birds such as homing pigeons. Its release date may give you a clue – it was written by D. Waitzman and released on April 1, 1990. Yes, it was an April Fools’ Day Request for Comments.

6. Can you guess the first image ever loaded to the internet?

It was loaded by Tim Berners-Lee in 1992 and it was an image of Les Horribles Cernettes, a parody pop band that was founded in 1990 by employees of CERN and performed at CERN. 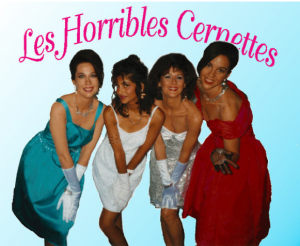 7. Have you heard the term Internaut?

The word ‘Internaut’ is a combination of the words Internet and astronaut.

It refers to a person who possesses a thorough knowledge of how to use the Internet and its intricate history, and the designers and operators of the web who have made it all possible.

Created in 1987, the first GIF (graphics interchange format) was created by a team of developers at CompuServe, who considered it to be the best and most versatile image file format around at the time. The GIF isn’t known but one if the team members, Steve Whilite, believes it was a plane.

Jean Armour Polly, a librarian, is credited with coining the term surfing the web after she published an article called “Surfing the Internet” in the University of Minnesota Wilson Library Bulletin in 1992.

10. Which dog started the Insta trend?

It’s now a platform of choice and contains a whole lot of selfies, but did you know that the first Instagram post made was by founder Kevin Systrom and was of a golden retriever with the caption “test”. 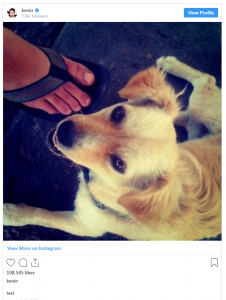 Have you seen the first ever YouTube video? It was published on the 23rd April 2005 by co-founder Jawed Karim and was titled “Me at the zoo”. On the day of writing this article it has 75,122,388 views – if you haven’t seen it yet, check it out here.

12. Meet the first webcam over coffee

In 1993 the first web cam was set up in a computer lab at the University of Cambridge so that people from all over campus could see if it was empty or full when they needed a caffeine hit! We even have our own – although the coffees a little low!

13. How long did the first song take to download?

In 1994, Geffen Records took the world by storm by offering the Aerosmith track “Head First” as the first song to ever be offered exclusively via download. However, back in 1994 connection speeds were super slow and it took between 60 and 90 minutes for users to finish downloading song. Yep, over an hour to download a song you would listen to for three min!

14. The launch of the first search engine

Now we often hear the phrase “Google it” but before Google launched there was another search engine called WebCrawler. It still exists today so check it out here! Nowadays it acts as a metasearch engine that blends top results from Google and Yahoo.

As you can see there is a lot to celebrate! In fact, there are a lot of days to recognise the wonders of the WWW and ensure we keep reflecting on just how far it’s come – here are some of them:

Which milestone or fact stood out to you the most? If you have another, add it to our list and share it with us below!