Christmas movies to give you the feels 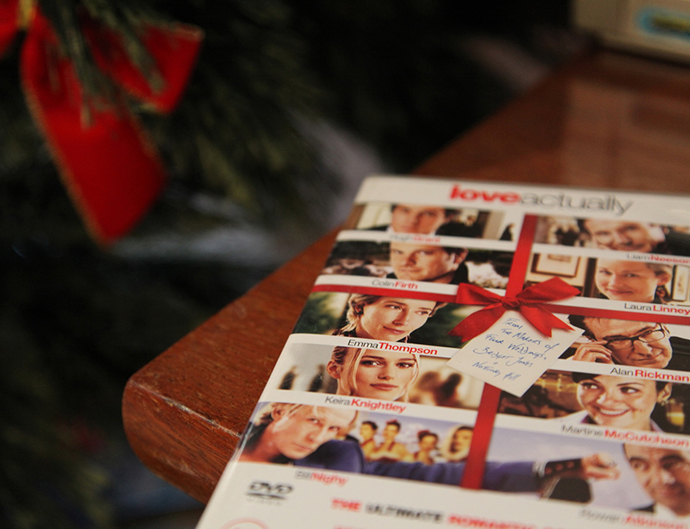 Everyone has their favourite Christmas tradition. When I was little it was definitely all about the presents, and one of the happiest Christmas memories I made was becoming the owner of the first generation of Furby.

For me, the presents have lost their spark since I became an “adult”; unless Santa wants to leave me a big bag of money this year, I’m probably not going to get excited enough to wake up at 6am and run to the Christmas tree.

But I can keep my sense of childlike wonder at Christmas by enjoying some wholesome, family Christmas movies. I’m still a kid at heart and one of my favourite things about Christmas time is getting together with the people who mean the most to me and getting those nice, fuzzy feelings from a heart-warming Christmas flick.

I’ve been asking around iiNet HQ about everyone’s favourite Christmas movies, and used their responses to compile this list of the best movies to give you the feels at Christmas. No Christmas movie list would really be complete without a mention of 90s classic Home Alone, and with good reason. The film was an unprecedented hit, surpassing all expectations of the star studded cast, including Joe Pesci, Daniel Stern and Catherine O’Hara. It became the highest grossing film of 1990 and even earned itself a Guinness World Record.

So by now you probably know the drill: a family leaves on their Christmas holiday forgetting to take one very important thing with them: their son, Kevin. The tiny trouble-maker has a grand old time without adult supervision, pigging out on junk food, watching violent films and sledding down the stairs. That’s until he’s forced to single-handedly defend his family home against two loony looters known as the “Wet Bandits”.

The film stars a baby faced Macaulay Culkin who delivers his lines impeccably with such delightful sass, that we all instantly fell in love. Despite the far-fetched concept of an 8-year-old boy setting up elaborate, deadly booby traps to fight off two adult hardened criminals, the hammed up performances, clever dialogue and undeniable adorableness of Kevin, makes this film a family favourite in millions of households the world over.

I challenge you not to get the feels as Kevin is finally reunited with his Mother. Gets me every time!

The Nightmare Before Christmas From one 90s classic to the next; The Nightmare before Christmas is Tim Burton’s cult classic about a humble skeleton who, bored with the regular grind of haunting and spooking in Halloween town, decides to give Christmas town’s merry holiday a try.

At first glance, with all the monsters and ghouls, this may not seem like the kind of movie to get you into the Christmas Spirit. However, watching the grin spread across Jack’s skeletal face and his innocent sense of wonder as he discovers all the magic of Christmas Town while singing “What’s this” never fails to bring Christmas cheer.

Fair enough if the last thing you want your kids to see on Christmas is Santa being bullied by a bogeyman, but for the adults, you are going to love the incredible visuals of the stop-motion animation and adore Jack’s well-meaning but blundering attempt to bring Christmas to Halloween town. Moving into slightly more modern times, Elf is the 2003 holiday romp starring Will Ferrell as out-of-place elf Buddy. Raised in the North Pole by Papa Elf, Buddy begins to notice he is not like the other elves: he’s much bigger, bulkier, and struggles to use the teensy elven amenities, like chairs, showers and beds. When Buddy learns he is not a true elf, he is devastated and embarks on a journey to get to know his real family, but having lived in a sheltered world of toys, candy and Christmas, can he really find his way in the human world?

Perhaps not the most critically acclaimed movie all time, but boy is it funny! Innocent enough for the little ones to enjoy, while Will Ferrell’s wacky antics are sure to amuse even the adults. Ferrell is fabulous at tapping into his inner child to deliver an irresistibly charming performance (with extra props for being able to down that M&M spaghetti!).

Thankfully, the spaghetti is the only sickly sweet thing about this film, and it manages to be beautiful and touching, without being a syrupy Christmas cliché. One for the whole family to enjoy, you’ll be smiling and feeling good all day after this cheery flick. My personal favourite, so I’ve saved it for last! Following 9 different stories occurring the week before Christmas, the film demonstrates all different kinds of love, mixed in with all that sentimental seasonal goodness. Starring an amazing cast including: Liam Neeson, Alan Rickman, Emma Thompson, Keira Knightley, Hugh Grant and Bill Nighy, this sweet British rom-com is my number one must-watch every Christmas.

With mentions of sex, drugs and rock ’n’ roll, this is not one for the kiddies! But the beautiful stories of love and friendship in the movie will tug on the heart strings of those who are age appropriate. Whether you spend your Christmas with a new partner or one you’ve been with for many years, or your siblings or just the best friend who has seen you through it all, Christmas is a time to come together with the people you love, and Love Actually captures this perfectly.

Have we missed your favourite Christmas flick? Let us know what it is in the comments below!