Connection speed and what it all means 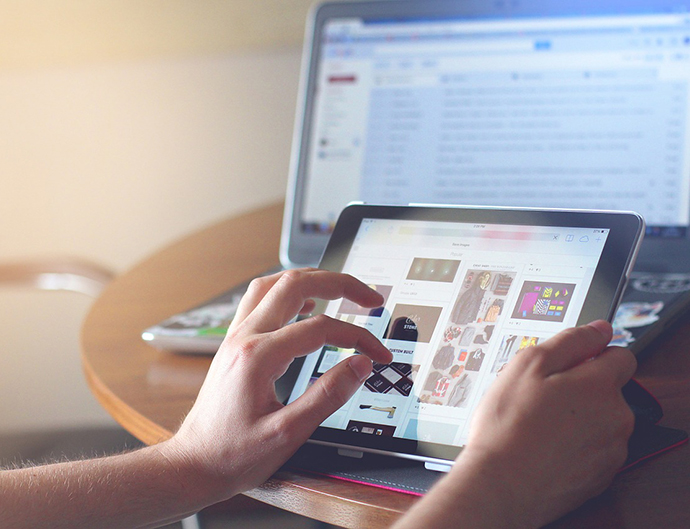 As a child of the 90s, I never really learned patience is a virtue. I’ve built up a reliance on instant gratification and it seems I’m not alone; Microsoft has claimed that human attention spans are now shorter than that of a goldfish!

In today’s world, the faster something can be done, the better. This is why the Internet has been such a massive achievement for society: it saves us oodles of time on thousands of daily activities.

Many of us, including myself, have become addicted to the speed at which we can get things done online. So it makes sense to want a fast internet connection. Why wait hours for uploads and downloads, when it can take seconds? Why deal with that annoying buffering screen interrupting your streamed viewing?

So we all know we want fast internet, but how fast do we actually need it to be? And what do the speeds actually mean in real life terms? These are important considerations in choosing a plan. You don’t want to be paying for a speed you don’t need or won’t take full advantage of, while at the same time you want a fast enough plan to get things done in a timely and efficient manner.

That’s why I’ve put together this article, to try to explain the enigma that is Internet connection speed, and ensure you’re on the right plan to fit your usage.

Speed conversions AKA “The Boring Bit” Sadly we were wrong when we were wilful teenagers, declaring to our math teachers we would never need to use their convoluted equations and stupefying sums. Little math problems seem to have a way of wriggling back into our life, such as when we’re trying to measure Internet speeds.

Let’s get this out of the way fast so we can get onto the good stuff. All the online activities you engage in day to day, from emails to playing online games to streaming TV shows, use data. You get that data sent to you by your Internet Service Provider (ISP), like iiNet.

ISPs will report their speeds as the amount of data transferred to you in one second, usually in the unit Mbps or megabits per second. Think of it like little packets of data that are being sent over all that internet cabling to your closest connection point and how fast it takes them to make the journey.

Where things get confusing is in the conversions of measurements. ISPs will usually report speeds in megabits/kilobits per second, however most Internet tasks such as files to download or upload are measured in size such as Megabytes or Kilobytes. Bits and bytes are both different sizes of data, but when “BITS” is used for a speed rate and “BYTES” is used for a file size, it’s actually more useful for us to know a speed in megaBYTES per second, not just megaBITS.

Sadly, it’s not a nice, neat conversion: 8 bits makes up 1 byte. 1 megabit equals just 0.125 Megabytes, which doesn’t make fun mental arithmetic, so here’s a converter to help you out one you know your internet speed. Now that you can make the conversions, you can compare file sizes to connection speed to understand how long a specific task will take.

For example, let’s say a website you are trying to load is 1.5 Megabytes (MB). If your connection speed is a modest 12 megabits per second (Mbps), when converted it’s exactly 1.5 megabytes per second, so theoretically the website should load in one second. A bigger file like an 800 megabyte video download would take nearly 9 minutes on that same connection. Therefore it makes sense that someone who downloads bigger files more often would benefit from a faster speed plan. If all these numbers have your head spinning, fear not; the math portion of this article has come to an end. Understanding each specific size doesn’t matter too much; what’s more important is knowing which are the most data heavy activities that require higher speed connections to flow fluidly. Then you can compare your personal usage to the speed of connection you will need.

Tasks like web browsing, basic emailing (without large file attachments), short period Skype calls and light YouTube viewing do not require a very fast connection. If this sounds like your level of usage, you probably don’t need more than a 12Mbps speed connection.

If you indulge in online gaming, regular but modest HD streaming and moderate downloading, a plan up to 25Mbps will suit your needs better.

If you’re gaming, streaming and downloading heavily on multiple devices you will want a connection speed somewhere in the 25 – 60Mbps range.

If you’re downloading, streaming and gaming non-stop on a large number of devices, that’s when you’ll need to look at something in the 60-100Mbps zone. Now what if you’re a light Internet user signed up to an adequate 12Mbps connection plan, but you’re still struggling to load webpages in under a minute? Unfortunately Internet speeds are not an exact art, and there are a number of factors which can influence or affect the speed you receive:

If you’re not experiencing your desired speed, troubleshooting can help weed out the cause of the issue. iiNet provides handy iiHelp articles instructing how to perform trouble shooting on broadband connections, NBN connections, browsing and more. If you’ve exhausted all troubleshooting options, you can get extra assistance by calling our Support Team on 13 22 58.