Get up to date on your entertainment

Are you up to date on the latest movies and TV shows? There’s a lot of content available or on its way to you right now, including award-winning titles! With so many awesome titles to choose from, it can be overwhelming when you flick through the titles, trying to choose what to watch first.

To give you a helping hand and make sure you have some choices ready to go, we’ve put together a list of great titles to add to your must-watch list this month on Fetch. Grab the popcorn and get ready to dig in!

The wrap up: This heart-warming film tells the true story of world-class black pianist, Dr. Don Shirley, who hires the tough-talking Italian-American Tony Lip as his chauffeur on a concert tour through the Deep South in the 1960’s. On their journey they are forced to set their differences aside to survive and turn to “The Green Book” to guide them to the few establishments that were seen as safe for African-Americans during this time. If the fact that this movie is an Oscar® winner for Best Motion Picture of the Year and Best Original Screenplay doesn’t sway you, nothing will!

Fetch Feature: You can download the Fetch Mobi App and watch premium channels, TV shows and movies on your device while you’re on the move. 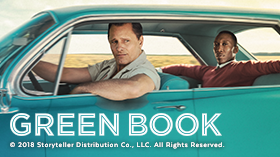 Where to find it: Available to watch easily on Netflix*.

The wrap up: Amy Poehler, Maya Rudolph, Rachel Dratch – what’s not to love already? Join this group of longtime friends as they hit the road and relax in the Napa Valley for Rebecca’s 50th birthday celebrations. While all friends differ – a workaholic, post-op recovery, homebody, worn out mum – what they do have in common is the yearning to relax and reconnect over a glass (or more) of wine! But as drinks flow, real-world uncertainties bring the party crashing down, and the women begin questioning their friendships. This movie is the perfect weekend chick flick that has a hint of sweetness and a dash of acidity with a well-balanced finish.

Fetch Feature: Did you know there is a shortcut for streaming apps? Hit the “Apps” button on your remote and you can choose Netflix straight away! 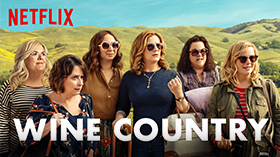 Where to find it: Seasons 1-8 available to buy now in the in the TV Store on Fetch.

The wrap up: This Emmy award-winning phenomenon, based on the books by George R.R. Martin is coming to an end. The eighth and final season is here and so too is The Great War. Over six intense episodes, the fight for the Iron Throne continues. Don’t wait a minute longer: watch every betrayal, risk, battle, fight, sacrifice and death in Westeros now!

Fetch Feature: Can’t find the remote and need to watch Game of Thrones? Download the Fetch Mobi App and you can use your phone as a backup remote for when the main remote is nowhere to be found! 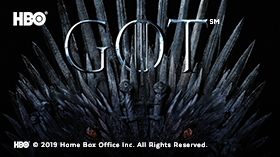 Where to find it: New episodes from June 10 on Nickelodeon in the Kids pack. You can also find the movies in the Movie Store on Fetch.

The wrap up: SpongeBob SquarePants lives in a pineapple with his pet snail, Gary, in the city of Bikini Bottom on the floor of the Pacific Ocean. When he’s not working as a fry cook at the Krusty Krab, he and his best friend, Patrick the starfish, have a knack for attracting trouble! Join them on their adventures as they help each other out of sticky situations.

Fetch Feature: YouTube Kids is coming to the Fetch. That’s right! A channel with content suitable for the young ones and tailored just to them!

Where to find it: Seasons 1-7 available to buy now in the in the TV Store on Fetch.

The wrap up: Former Senator Selina Meyer is a charismatic leader and rising star in her party. She may have been warned, but being Vice President of the United States is nothing like she imagined. Over six seasons we’ve followed the VP as she puts out political fires, juggles her public schedule and private life, and does everything within her limited powers to improve her dysfunctional relationship with the chief executive. In the final season, stay tuned as the nominating fight between Selina and her rivals reaches its climax and their race comes to an end that will make history. 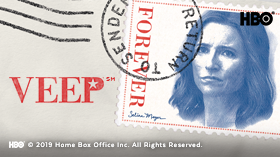 The wrap up: If the first thing that came to mind when you read this title was the hit romantic comedy What Women Want, you’re on the right track because it is the main inspiration behind this movie. When Sport Agent Ali Davis is passed up for a promotion that she 100% deserved, she is determined to work out how to succeed in a male dominated workplace. With the help of a psychic, Ali gains the power to hear men’s thoughts, giving her the one up on her colleagues in the race to sign the NBA’s next big star!

Fetch Feature: Have you heard about Movie Box? A Standard Fetch subscription gives you 30 pre-selected movies each month, available for you to watch at any time! 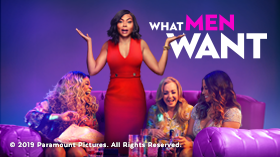 Where to find it: Watch the NBA Finals from May 31 on ESPN + ESPN2 in the Vibe Pack.

The wrap up: The National Basketball Association has seen 30 teams go up against one another in this season. Who will challenge the defending champions in this year’s NBA Finals? Find out May 31. Don’t miss the finals action!

Fetch Feature: Looking for peace and quiet during the finals? Fetch Multiroom means no one misses a show and the whole family is happy with just one subscription^ shared across multiple screens.

Where to find it: Stream every episode in Catch-Up or watch live from June 10 on National Geographic in the Knowledge pack.

The wrap up: Based on Richard Preston’s international best-selling novel by the same name, The Hot Zone is inspired by a true story about the origins of Ebola in 1989 when the highly infectious virus from the central African rainforest appeared in chimpanzees in a research lab in Washington, D.C. There is no known cure and a U.S. Army scientist puts her life on the line to head off an outbreak before it spreads to the human population.

Where to find it: All episodes now streaming on Stan*.

The wrap up: Based on Joseph Heller’s seminal novel of the same name, Catch-22 is the story of the incomparable, artful dodger, Yossarian, a US Air Force bombardier in World War II who is furious because thousands of people he has never met are trying to kill him. But his real problem is not the enemy, but rather his own army which keeps increasing the number of missions the men must fly to complete their service. Yet if Yossarian makes any attempt to avoid his military assignments, he’ll be in violation of Catch-22, a hilariously sinister bureaucratic rule which specifies that a concern for one’s own safety in the face of dangers which are real and immediate is the process of a rational mind; a man is considered insane if he willingly continues to fly dangerous combat missions, but a request to be removed from duty is evidence of sanity and therefore makes him ineligible to be relieved from duty.

Fetch Feature: Did you know there is a shortcut for streaming? Hit the ‘Apps’ button on your remote and you can choose Stan straight away! 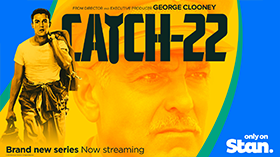 Where to find it: Available to buy June 5 or rent June 19 in the Movie Store on Fetch.

The wrap up: Cast your eyes on this all-new adventure from a previously unseen period in the history of the Marvel Cinematic Universe. Follow the journey of Carol Danvers as she becomes one of the universe’s most powerful heroes in the 1990’s when she is caught in the middle of a galactic war between two alien races as it reaches Earth.

Fetch Feature: Fetch works with devices running Google Assistant such as Google Home and compatible Android/iOS mobile phones. This means you can use voice commands to find out what’s on Fetch, search for movies and TV shows, change the channel, and much more. 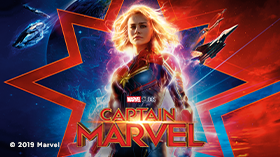 Get set up with the latest entertainment now!

What movie or series is on your radar to check out? Let us know in the comments.