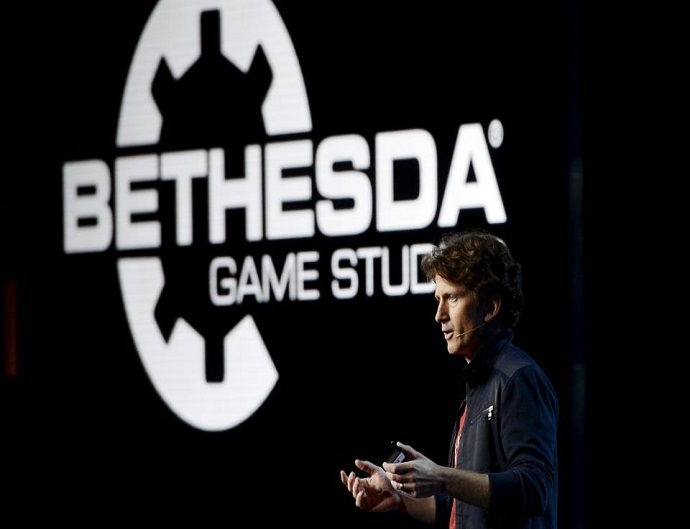 Every geek and tech-head’s favourite time of year is done and dusted with the completion of E3 2015 in Los Angeles.

This year’s Electronic Entertainment Expo featured a bounty of news and previews from the biggest video game and tech developers in the world.

For those who didn’t make it to this year’s event and want all the latest gaming gossip, here are some of the highlights from the three-day gaming extravaganza. Sony gave a great presentation in 2014 which many thought would be hard to top. However, the electronics giant did not disappoint, delivering another popular showing, with many deeming the company the unofficial “winner” of this year’s convention.

The jaw-dropping announcements of a Final Fantasy VII Remake, Shenmue 3 and The Last Guardian floored fans and exciting debuts for Dreams and No Man’s Sky left many gamers salivating.

The Shenmue 3 news was especially interesting, with Sony announcing a Kickstarter campaign to help fund the project during their press conference. The initial $2 million goal was reached in about 12 hours.

In addition to games, Sony also had improved demos of its Project Morpheus virtual reality headset. Players learned they will be able to wrap their hands around a new controller called the Xbox One Elite. The company also announced they will introduce Xbox One backwards compatibility for some Xbox 360 games. While that news certainly piqued players’ interest, the company’s presentation of its HoloLens technology was the announcement that really got the blood flowing.

Microsoft’s headset deals in augmented reality, which is not quite the same as virtual reality. The advanced technology is expected to have a massive impact on some of the biggest games on the market, including flagship titles such as Halo 5 and Minecraft.

If you have a spare hour or two you can watch the full Microsoft E3 2015 Press Conference here: https://www.youtube.com/watch?v=By5pF7i0SZ8 Developer Bethesda unleashed perhaps the most revered trailer at E3 2015 with its first look at the long-awaited Fallout 4. The game received nearly unanimous praise from the public and pundits alike, who loved its expansive possibilities.

Bethesda also previewed its first foray into the Doom first-person shooter series to great fanfare. Both games will afford players an increased level of customisation in weapon and map construction. The company famed for introducing millions to the world of video gaming received mixed reviews at E3. Those eager for any bits of news surrounding its next console, the Nintendo NX, were left disappointed. But Nintendo showed it’s still got some tricks up its sleeve.

The announcement of anticipated new titles in the Zelda, Metroid, Star Fox and Fire Emblem franchises for the company’s handheld 3DS console was well-received. And the expansion of Yo-Kai Watch, a game in the vein of the ultra-popular Pokemon series, to the international market was music to many players’ ears.

As you have probably gathered, new editions of old favourites remained a key theme at E3 for yet another year. New instalments in the Tomb Raider, Star Wars, Guild Wars and Metal Gear Solid franchises made a splash at the expo. For those looking for a more novel concept, the unique look of platform shooter Cuphead, which draws on the visual themes of old cartoons, turned some heads. And, everyone’s favourite Italian plumber features in Super Mario Maker giving players the chance to build new levels or alter classic stages, making them as lethal as they like. To go with similar offerings from Sony and Microsoft, big-time virtual reality player Oculus continued to drum up interest in its Oculus Rift. This included information on Oculus Touch controllers. While they won’t be ready for the headset’s release, the company is hoping the controllers will console critics who felt users needed something extra to successfully navigate virtual reality.

Which E3 announcement were you most excited by? Let us know in the comments below.