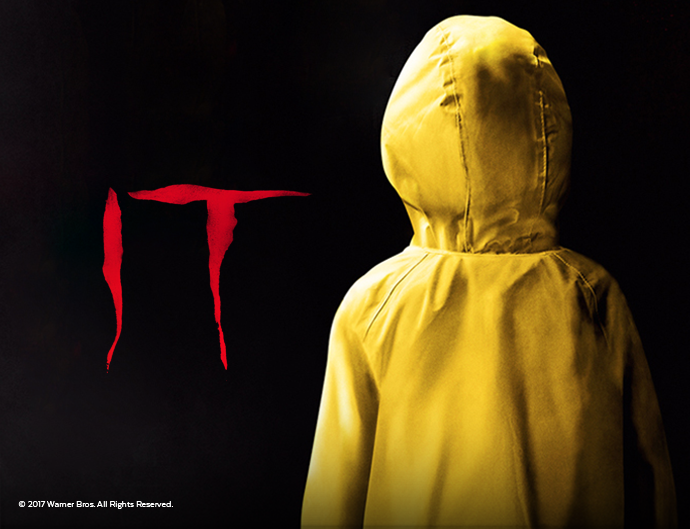 Deck the haunted halls – the spooky season is almost upon us! While Australia may not be able to recreate the full American Halloween experience (pumpkins aren’t in season; candy apples melt in the sun) there is one tradition we can share on October 31st: a scary movie night. Albeit with air-conditioning.

If you’re hosting your own fright night marathon, our friends at Fetch have you covered.  They have a glorious (gory-ous?) selection of terrifying titles available in the Movie Store and Movie Box, including fun flicks for kids and after-dark tales for steelier souls.

So grab your comfiest blanket, order the pizza, fortify the door, and hit the lights: here are six films on Fetch to help you celebrate the most spine-tingling time of the year.

Rating: PG
Plot: Casper is a kind-hearted young ghost who peacefully haunts the halls of a mansion in Maine, along with his not-so-peaceful uncles. When paranormal specialist James Harvey (Bill Pullman) is hired to communicate with the spirits, Casper falls for Harvey’s daughter, Kat (Christina Ricci), and things get complicated.

One of those rare films that keeps entertaining – even after 25 years (has it been that long!?)

An enjoyable watch for kids and parents alike. Adults will recognise many voices in the star-studded cast, including Steve Buscemi, Kevin James, and Fran Drescher.

The Award-Winner: Get Out

Rated: MA15+
Plot: It’s understandable Chris (Daniel Kaluuya) is nervous – he’s meeting the parents of his girlfriend, Rose (Allison Williams). It’s a nerve-wracking moment in any relationship, but Chris has an added level of concern: he’s black, she’s white, and something in the house is not as it seems.

A suspenseful and provocative tale that won writer-director Jordan Peele the 2018 Oscar for Best Original Screenplay.

Available in Movie Box from 30 Oct on Fetch.

The Homegrown Horror: The Babadook

Rated: M
Plot: Nothing is creepier than a creepy kid. The Babadook is a tense supernatural thriller about a shadowy creature released from a children’s book – and the single mother (Essie Davis) who regretfully reads it to her troubled son (Noah Wiseman).

Rated: Both MA15+
Plot: Based on Stephen King’s 1986 novel of the same name, IT is a two-part series giving rise to lifelong clownphobia. When a shape-shifting demon terrorizes the town of Derry, Maine, it’s up to a group of misfit school kids to take it down.

Chilling, creepy, and completely gripping: these two films have really put their money where their mouth is (a combined $1.1 billion in box office, to be exact).

Rated: R18+
Plot: Midsomer Murders this is not. A young American couple (Florence Pugh and Jack Reynor) travel to eerily beautiful northern Sweden to take part in a fabled pagan festival. Here, within the setting of a picturesque sunlit meadow, the terrifying true agenda of the locals is revealed.

Unsettling and sinister, this film will have you on the edge of your seat. We recommend following with Director Ari Aster’s other hit horror ‘Hereditary’, also available to buy or rent now on Fetch.

Powered by your iiNet broadband, Fetch is a digital IPTV service delivered through your broadband modem. Access Free-to-Air TV and Catch-Up apps, channel packs from $6 p/m each, the latest movies and shows, and your subscriptions to Netflix*, Amazon Prime Video**, and more all on your TV. Fetch provides all your entertainment, easy. Add Fetch to your iiNet plan today.

Jo is a copywriter who recently joined the iiNet team and is yet to discover where the good biscuits are kept.