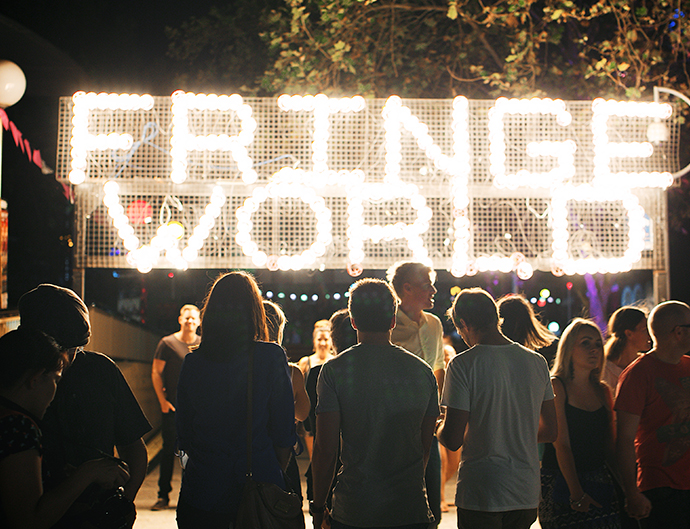 iiNet is proud to sponsor Western Australia’s biggest annual arts event, Fringe World Festival, for the first time in 2015. As an iconic WA brand, iiNet is delighted to support an event that celebrates Perth City at its best – in glorious summer.

From 23 January – 22 February 2015, Fringe World will be bringing you entertainment from a diverse range of styles including circus, cabaret, comedy, music, dance, theatre, film and visual art.

iiNet will be getting into the festival spirit by offering free rickshaw rides to Fringe World patrons via two Riickshaw Ranks on James St, connecting the Pleasure Garden to the Perth Cultural Centre.  We will also set up an iiNet Riickshaw Lounge in the Pleasure Garden where patrons can chill out in between shows, so make sure you stop by.

We want you to join in on the fun!

As a thank you to our customers, iiNet will give away a double pass to the Rooftop Movies in Northbridge to each of the first 150 iiNet customers purchasing a minimum of one ticket to any Fringe World performance. How does it work?

All you have to do is visit the Pleasure Garden Box Office and purchase or collect pre-purchased Fringe World tickets, quoting the promo code ‘iiNet – the NBN experts’. Simple as that!

Full list of performances and pre-purchase available at www.fringeworld.com.au.

For a list of films showing at the Rooftop Movies, check out www.rooftopmovies.com.au.

Terms and conditions: Offer valid 23 January – 22 February 2015, while stocks last. Double passes valid for Program 4 of the Rooftop Movies 2014/15 season, which runs from 23 February – 11 April 2015. Each double pass entitles the bearer and their guest to attend Rooftop Movies, subject to seating availability i.e. a session cannot be sold out in order for the bearer to gain entry.

Hanna never misses the Olympic ice hockey play-offs and prefers to see Sweden in the final.