From entrepreneurs to carers: The working world with NBN 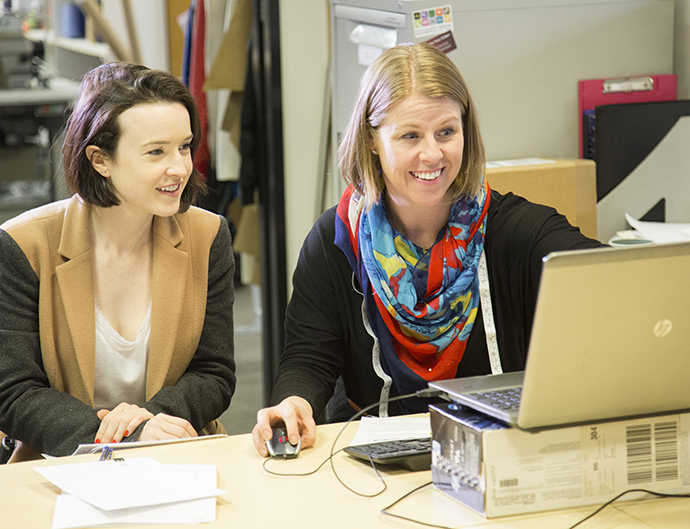 We’ve mentioned in a previous article that the arrival of the superfast NBN network is going to change the way we live. But how will it influence the working world specifically? A report by nbnTM has examined the ways the technological revolution of the NBN will improve the working world for the future’s predicted 13 million strong workforce.

The NBN enables greater flexibility for workers. A strong and reliable connection will mean more workers can work from home in the hours they feel they can be most productive. This liberates workers from the constraints of a 9 to 5 and allows them to live their dream of being more lifestyle focused. But what does this future working world look like?

Working in the future

As technology has improved and the world has become more digital and mechanised, many jobs declined or became redundant. The work of bank tellers, farm labourers, cashiers and other professions are being gradually replaced with robots and machines. But it’s not all doom and gloom: these technological enhancements don’t just replace jobs, they invent new jobs too. So while self-checkouts may negate the need for more cashiers, it creates a need for more technologically minded people to maintain the equipment and work on further improvements.

High levels of immigration and high birth rates mean Australia’s population is set to boom, and this population growth will be a challenge for job creation in the future. While other countries like Japan and Germany will be focusing more on reshaping their workforce with technology, we will be more reliant on the traditional jobs such as teachers, nurses and builders to keep up with the growing population. That’s not to say technology won’t play an important role, just that the jobs of Australia’s future will fall into two equally important categories: technology jobs and jobs created due to a booming population.

One of the predictions for the future working world is there will be higher demand for knowledge workers. These are workers who have university level training, like lawyers, computer programmers, scientists, engineers etc. On the higher end of the knowledge workers are the technocrats.

Referred to playfully as the “geeky” careers: computer programmers and high tech startups are expected to become commonplace. After all, business can’t evolve without the bright minds in the STEM fields (science, technology, engineering and mathematics) making the technological advancements in the first place. Technocrats will benefit hugely from the NBN, as a good connection will enable increased collaboration between one another. By providing better real time communication and social networking, the NBN will drive better innovation amongst technocrats. But the profession that is really expected to grow is entrepreneurialism, which falls under the technocrats.

A strong, superfast connection like the NBN will enable business to be conducted more effectively and makes it easier than ever to launch a new business. The internet enables businesses to reach global markets and computing technology allows better connection to your customers, and thus a better customer experience. While the 20th century was all about big business, the 21st century is expected to be the time for small business. Small businesses started by young entrepreneurs are expected to pop up all over Australia, especially as Gen Y’s values shift from marriage, mortgages and children to working and creating value in the world around them.

The Australian population is aging and our dynamics are shifting. More women are getting out into the work force, which means the demand for care-givers like social workers and child care workers is on the rise. As peoples’ workloads increase, so too does the demand for support jobs and personal services like beauty therapists and fitness instructors. With the NBN, carers and support workers will move more of their work to the digital space: fitness instructors will set up group exercise sessions via HD video conferencing, beauty therapists will make more appointments online and maintain social media presence.

With more people needing a roof over their head, the demand for builders, plumbers, electricians and other such professions is going to grow and the NBN is going to change operations. Billing will move to a more digital space, and the use of iPads and smart technology will become more prevalent. Business will be conducted increasingly from home.

For all future workers, one thing is certain: universal connectivity from the NBN will lead to employment growth. The advanced connection of the NBN will create new business opportunities and jobs, though there remains a need for more baseline roles related to population growth.