Gaming on the NBN: Why you should upgrade when it arrives 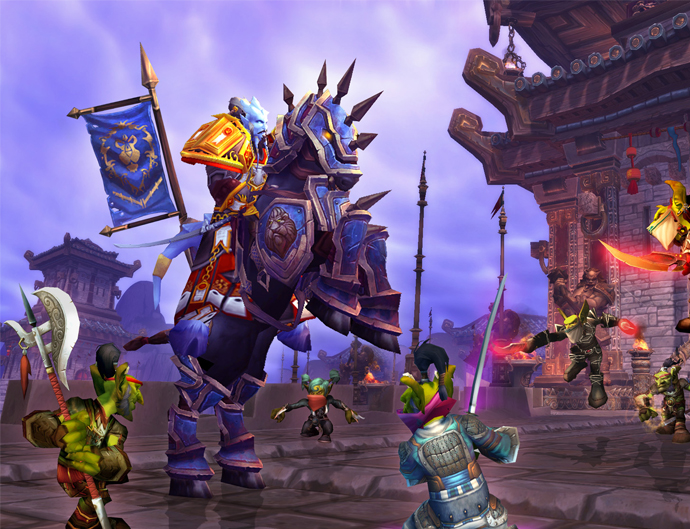 The world of gaming is moving increasingly to the online space these days: with downloads, patches, live content, DLC and more, you need an internet connection to get the best out of your games. And there’s no better internet connection in Australia than a lightning-fast connection with the National Broadband Network (NBN)!

Many gamers are giving their local retail stores the flick and are doing all of their shopping online (and why wouldn’t you, when Steam and Xbox Live downloads are quota-free for iiNet Group customers?). These players are going to see the most immediate benefit out of switching to the NBN.

Download sizes for games are getting bigger and bigger, and even though it’s (usually) cheaper to buy games digitally than in store, it might mean you have to wait for days for your download to finish. Games like Wolfenstein: The New Order and The Witcher 3: Wild Hunt are over 40GB in size. This isn’t a problem if you’re willing to pay the price to pick up the Blu-Ray Discs in store for your PS4 or Xbox One, but if you’re trying to download that over an ADSL1 or ADSL2 connection, you’re going to be waiting a long time.

The NBN will mean your games finish downloading in no time at all and if you need to patch a game suddenly, you won’t be waiting forever.

If you play a lot of online games with other people, you’re going to notice one thing immediately when you connect to the NBN: no more lag!

Whether you’re topping the leaderboard in Call of Duty or building the most impressive castle in Minecraft, you won’t have to click-and-wait any more. A lower ping means better accuracy, better results, and no more of those awful moments where you have to wait for everything to catch up.

Of course, if you’re a member of the iiNet Group of ISPs, you’ll already be getting faster access to some of the best online games around! We’ve negotiated special arrangements with League of Legends, World of Warcraft, Diablo 3 and others to make sure that your gaming traffic is faster than other people’s. (But it doesn’t hurt to go a bit faster still!)

But one of the best things about playing games with people online is making new friends, as this video demonstrates…

Some games that allow you to host your own servers, like Minecraft, will also benefit hugely from this. Although games.on.net does offer two different Minecraft servers to play on, it’s hard to host your own on a regular ADSL connection. Upgrading to the NBN will allow you to host those servers without a hitch. With great upload and download speeds, you should have no trouble providing a place for your friends and family to play. But make sure you get the quota plan that’s right for you!

It’s not just the act of gaming itself which will improve on the NBN.  You’ll also get much better Twitch streams when you’re watching your favourite gamers show off their skills online. You’ll get crisp 60-frames-per-second YouTube video of new trailers and gameplay footage when it’s released. And you’ll be able to watch tournaments and events like E3 and EVO without stuttering or lag.

What’s that you say?

Moving to the NBN will also give you crystal clear voice chat, which is great for communicating with your guildies or squad mates. And anybody who likes to play tabletop games like Dungeons & Dragons online over webcams (a pastime which is becoming increasingly popular), will also enjoy the shift to beautiful HD video. It’s all good!

If you’re thinking about switching to the NBN, check out our range of NBN plans and see what we can do for you. You might be surprised!