Get in Touch with Google Duo 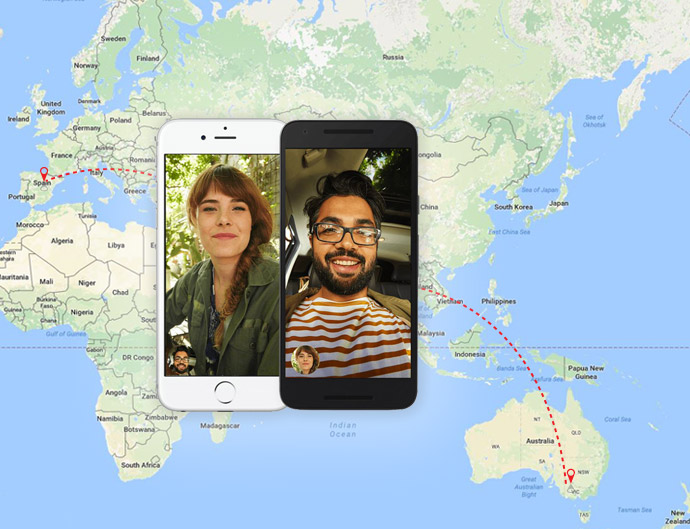 Video calling technology has been a great way of helping people feel connected even when they’re great distances apart. You can keep close to a partner who has travelled out of state for work, get in touch with old friends and meet new additions to your family who’ve moved overseas – all with the personal touch of being able to see that person in real time.

Technologies like Skype and FaceTime have made video calling just as simple as making a phone call and almost as personal as talking to a person face-to-face. Google first entered the video calling foray with Google Hangouts, their communications platform which has the ability to make video calls as well as send instant messages (IMs) and SMS. Now they have a new creation which is entirely dedicated to video calling on mobile phones: a little app called Duo.

Duo is an app for Android and iPhone that Google hopes will make video calling faster and easier with a touch of fun. Let’s take a look at this new piece of Google tech to see how it weighs up against existing video calling services. For me, the coolest feature of Duo is the “Knock Knock” feature. “Knock Knock” will give the call recipient a preview shot of the caller before they answer – you can actually see a live video of the person who is calling you from the moment they hit the call button. Though you can see the person, you won’t be able to hear them until you answer the call, so you don’t have to worry about something suddenly being blurted out through the app you didn’t want people to hear.

If the thought of a live video of someone popping up on your phone without you answering concerns you, there’s no need to worry. Only people in your mobile phone contact list will be able to “Knock Knock” you, you can block any specific contacts you don’t want using the feature or the feature can be switched off altogether if it’s just not your thing. The genius of Duo is in its simplicity; it’s easy to install and easy to use. The app is dedicated solely to video calling: it aims to do one thing and do it well. To sign up, all you’ll need to do is install the app, give it access to a few things like your contact list and camera and punch in your mobile number – done! You don’t even need a Google account; just your phone number.

The interface is so clean and simple it almost doesn’t need explaining. As you open the app, you see a preview of your side of the video and your contacts – that’s it. You pick the person you want to call and call them. When you’re in the call you have buttons to mute, switch cameras and end the call… and that’s about it! There aren’t any extra frills or bells and whistles, it’s just a straightforward video calling app.

What Duo has done really well is video calling which is fast, good quality and doesn’t appear hindered by a poor quality connection. I gave it a bit of a test drive with a friend: I called with a WiFi connection, while he used his mobile data. Both videos came out looking pretty much the same, they were amazingly fast and showed no obvious signs of latency. Google has worked hard to make sure Duo can work even with a poor quality connection and seamlessly transition from WiFi to cellular mid-call without dropping out.

Google’s Duo has been referred to as their answer for Apple’s FaceTime, but how does it stack up against the competition? Well its main advantage is its speed: Duo is faster than FaceTime. Duo is also available to both Android and iOS devices and can call across operating systems (the friend I called was on Android and I used an iPhone), whereas FaceTime will only work on iOS devices.

Being an app as opposed to an inbuilt feature, Duo does face the challenge of getting enough people actually downloading and using the app. At the moment, the only person I can call on Duo is the friend I asked to help me test it – the rest of my contact list just displays a little button asking me to invite them to use Duo. If they don’t use it, they can’t be called, whereas FaceTime can be used as long as both people have iOS devices.

FaceTime also has Duo beat when it comes to being able to call over devices other than mobile, such as tablets. As Duo needs both an active SIM and mobile number to work, the only devices it works on are mobile devices. When it comes to group video calling, both FaceTime and Duo lose out to the competitors Skype and Facebook Messenger (and even Google’s other communications platform Hangouts) but as they’re both dedicated solely to one-on-one calls, this may be intentional. Though Duo is missing some features which could enhance the experience, such as group calling and instant messaging, it gets the job done of being a good quality one-on-one video calling app. The video is high quality, fast and will run even if your connection is not the best. I think this app will be most useful for families who want to do video calling on their smartphone devices with no extra complications.

As great as Skype is for family video calling, I’ve had quite a few requests from my grandparents to help them use it (and even I forget my password the two times a year I try to sign in to call an overseas friend). The great thing about Duo is that after the initial download and set up (which took me less than 2 minutes) it’s as easy to use as making and taking normal mobile calls.

All in all, if you want an extremely simple, fast video calling app, Duo is a good way to go. If you want extra features and functionalities, you may find it a bit too bare-bones for you.

Which video calling software do you use? Let us know in the comments below.