How to get the most out of your Fetch 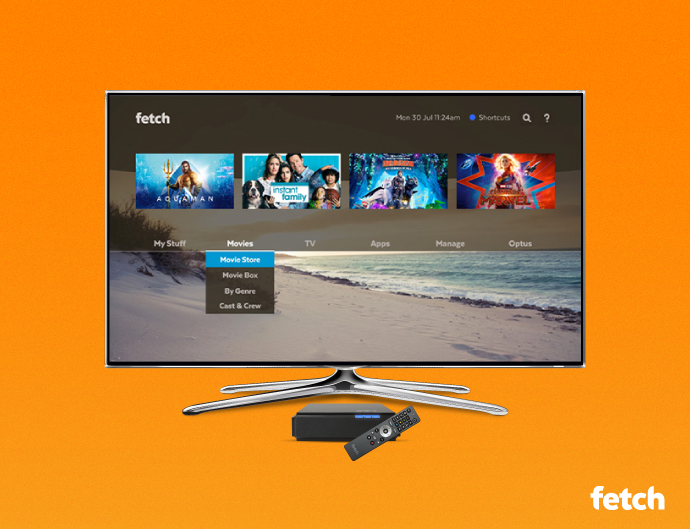 Are you an entertainment lover? Then Fetch is for you!

This month we’ve put together some super content for the whole family to check out, featuring all your favourite superheroes! Fetch has a whole lot of awesome content arriving every month but, with great power comes great responsibility so, before we fly into it, let’s check out the amazing features that come with your Fetch set top box.

Check out our top features listed below and then keep reading for our who’s who in superhero content available now on Fetch so you can watch your fave superheroes and honour all who have served and protected while fighting against evil.

1. Did you know there is a shortcut for streaming? Hit the ‘Apps’ button on your remote and you can choose Netflix or Stan* straight away!

2. Don’t miss your favourite shows – use Catch-Up TV for on-demand access to content Free-to-Air channels plus a range of subscription channels.

3. Have you heard about Movie Box? A Standard Fetch subscription gives you access to 30 pre-selected movies each month, available for you to watch at any time!

6. The Fetch interface is easy to navigate and makes it simple to find what you’re looking for. You even have a location for all your TV shows and movies in your My Stuff menu option.

7. Need a cup of tea? No worries! The Mini set top box can hold your place on live TV for up to 15 minutes. Missed something important? Just rewind and watch again!

8. Looking for peace and quiet during the sports finals? Fetch Multiroom means no one misses a show and the whole family is happy with just one subscription^ shared across multiple screens.

9. Pick ‘n’ mix the shows you want to watch and tailor your subscription with our great add-on channel packs**, or go Ultimate and get over 45 premium channels! We’ve also got World Channel Packs plus beIN SPORTS for the sports fans.

10. YouTube Kids is coming to Fetch. That’s right! A channel with content suitable for the young ones and tailored just to them!

11. Fetch works with devices running Google Assistant such as Google Home and compatible Android/iOS mobile phones. This means you can use voice commands to find out what’s on Fetch, search for movies and TV shows, change the channel, and much more.

12. With the Fetch Mighty, you can record and save your content on the Mighty’s massive 1 terabyte hard drive – that’s big enough to record up to 585 hours of standard definition TV. Not only can you record up to 6 shows at once while watching another, you can also set Series Tag for a show to ensure it records every episode so you don’t miss a moment!

Now is the time to take these heroic features and get those spidey-senses tingling with these well-known superheroes. Up, up and away!

The wrap up: Before she was Wonder Woman, she was Diana, princess of the Amazons, trained to be an unconquerable warrior. Raised on a sheltered island paradise, Diana encounters an American pilot who crashes on their shores. When he tells her of a massive conflict raging in the outside world, Diana is convinced that she can intervene and leaves her home for the first time to fight alongside men in a war to end all wars.

Quote:  “If no one else will defend the world, then I must.” – Wonder Woman 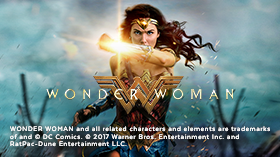 Where to find it: Available to buy now in the Movie Store on Fetch.

The wrap up: Spider-Man is back from the Avengers and living with his Aunt May. While he tries to return to his normal daily routine, he also has to learn to navigate his new identity as the web-slinging super hero under the watchful eye of his mentor, Tony Stark. Peter must soon put his powers to the test when the evil Vulture emerges to threaten everything that he holds dear. 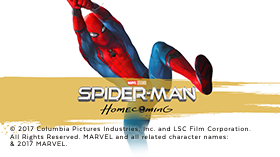 The wrap up: Set in an alternate version of the 1960’s, this animated movie follows a family of undercover superheroes as they try to live the quiet suburban life but find themselves forced into action to save the world against a vengeful fan-turned-foe and his killer robot. The wrap up: Batman has been working with Lt. Jim Gordon and DA Harvey Dent to prevent the crime in Gotham City but everything changes when a rising criminal mastermind known as the Joker suddenly throws the town into chaos.

Quote: “You either die a hero or live long enough to see yourself become the villain.” – Harvey Dent 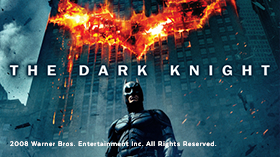 The wrap up: Once home to the most advanced civilisation on Earth, the city of Atlantis is now an underwater kingdom ruled by the power-hungry King Orm. One thing stands in the way of Orm’s plans to take over the remaining oceanic people and the surface world: Aquaman, his half-human, half-Atlantean brother and true heir to the throne. Can Aquaman retrieve the legendary Trident of Atlan and embrace his destiny as protector of the deep?

Quote: “He’s living proof our people can co-exist. He could unite our worlds one day.” – Atlanna 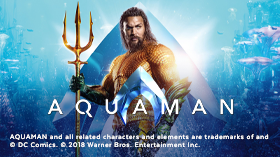 The wrap up: After the death of his father, the king of Wakanda, young T’Challa returns home to the isolated high-tech African nation to succeed to the throne and take his rightful place as king. But when a powerful enemy reappears, T’Challa’s mettle as king – and the Black Panther – is tested when he’s drawn into a formidable conflict that puts the fate of Wakanda and the entire world at risk. Faced with treachery and danger, he must release the full power of Black Panther to defeat his foes and secure the safety of his people and their way of life.

Quote: “You get to decide what kind of king you are going to be.” – Nakia 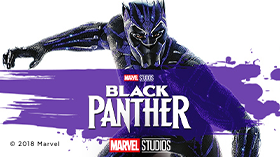 The wrap up: Marvel Studios’ Avengers: Infinity War brings to the screen the ultimate, deadliest showdown of all time when the Avengers unite to battle their most powerful enemy yet – the evil Thanos. Everything the Avengers have fought for has led to this moment and they must stop Thanos before he collects all six Infinity Stones and inflicts his twisted will on reality. Get set up with the latest entertainment!