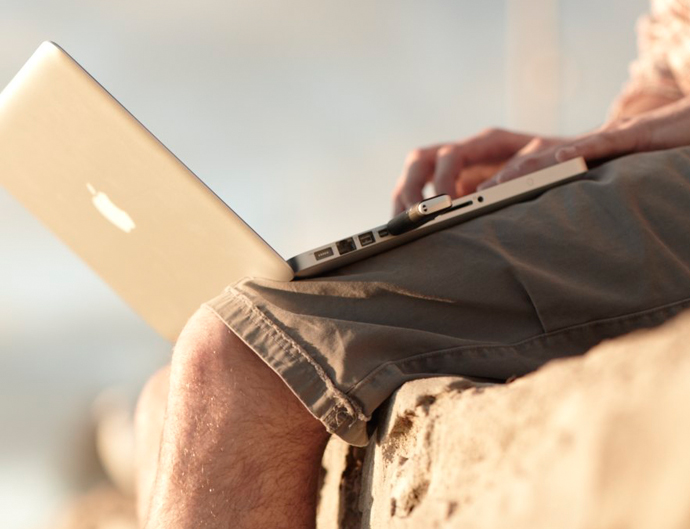 Stan. It’s not a name that immediately conjures up visions of TV and cinema classics, but it’s the name that the Nine Network and Fairfax Media have chosen for their new streaming service, due early 2015.

The introduction of this type of flat-rate subscription service is a sign that the entertainment industry is finally taking Australians’ thirst for timely and affordable quality content seriously.

Over the next few months, we’ll take a look at the options available now to get your favourite flicks or TV shows.

Mark me down as a film lover. What’s out there for me?

If you’re happy to sit back and enjoy films, which you may not have heard of before, then there are a few free options to look at, with plenty of films at their disposal. The common theme for those who want newer films, which they may have missed at the cinema, is that there isn’t a service with a low, flat fee that is an “all you can watch” option.

If you want newer films, you need to be prepared to open your wallet.

So let’s have a look at the services that won’t charge you a cent.

The brainchild of Sony Entertainment, Crackle is limited to Sony’s own catalogue of movies and TV shows. Although the Australian version of Crackle pales in comparison to its US counterpart, if you like 80s and 90s classics, you’ll be in for a treat – with box office hits and fan favourites for you to choose from. It also has more recent content, like the Jerry Seinfeld web series, Comedians in Cars Getting Coffee (watch the episode with Tina Fey – hilarious)

The catch with Crackle is the regular and awkwardly placed ad breaks during the film. But there are some great films to watch.

Where Crackle shines is in its availability, as you can access it on most devices on the market today, from smartphones and tablets through to gaming consoles, smart TVs and more.

With a reported 12,000 films to choose from globally plus a large range of TV shows, Viewster one-ups Crackle in terms of content availability. Having said that, most of the available content is of lesser-known films across a wide range of genres, and the actual amount available to Australians may differ due to rights agreements in place.

Like Crackle, although Viewster is ad-supported, it’s available across a number of platforms, meaning whatever your viewing preference, there’s sure to be a Viewster app or website to suit.

SBS On Demand has been available since 2011, and their choice of available content was always strong. They shook things up this year in a big way when they made 400 films available on their catch-up service. Not just focused on foreign or independent cinema, they’ve shown themselves to be horror buffs of the highest calibre with a great selection of scream-worthy flicks from the 70s onwards. Available 24 hours a day and across a wide range of devices, SBS On Demand is certainly worth the attention of movie buffs.

OK – but what about those I have to pay for?

I like to think of the paid streaming landscape as the video store of the 21st century. The basic premise being that you go to the electronic shelf in front of you and pay for the movie you want to watch – except you don’t get the “two new releases for $6.95”.

Of the main Australian players, Quickflix has been around for the longest, having originally established themselves, much like Netflix in the USA, as a DVD delivery service. They’ve since branched out into online streaming of films, with a $9.99/month fee getting you unlimited streaming of a selection of films and TV shows. This doesn’t cover their entire catalogue however, and the majority of newish titles carry a $3.99 or $5.99 price tag.

Ezyflix is a simple pay-as-you-go streaming service, but with a twist. Aside from being able to rent or purchase films, you can also redeem your Ultraviolet copy of a film you’ve purchased on DVD (basically a digital copy of the film), and store it in the cloud of your Ezyflix account.

All purchases are only playable as an online stream – meaning you can only view your movies through the website, or the Ezyflix app on your smart TV, phone or tablet.

Of course, this means you’re using your precious quota every time you watch the same content. One also must wonder what happens to the films you purchase if Ezyflix ever goes bust…

Putting thoughts of doom-and-gloom aside, Ezyflix are the first in Australia to offer a disc-to-digital service for some of your old DVDs. For fees ranging from $2-$5, you can pay to get digital copies of your DVD purchases. While it might seem to be basically paying for the same movie twice, for me I’m more likely to watch a film through an app on my smart TV as opposed to the DVD player (yes, I’m that lazy).

One of the constant criticisms levelled towards Foxtel has been that you had to pay for a lot of content you didn’t want in order to get the content you did.

Well, for movie fans, Foxtel came the party with Presto. For just under $10 a month, you get access to unlimited streaming from a library of films, plus the ability to rent newer releases (which cost up to $6 each).

Presto would seem a no-brainer to me, if not for the fact that it’s movie-only (ideally it would include TV shows too), and doesn’t currently have a smart TV app that I could use, meaning viewing would be restricted to my tablet or PC.

How much data will I chew through?

An average film will use up to 2GB of data, but HD films are about double this. TV shows range from 200MB to 1GB.

Now, today’s plans have large enough quotas to handle daily viewing, but some customers on older plans might want to check their quota before starting a movie streaming marathon on the couch.

What else do I need to know?

As you can see, there a number of options out there for film lovers, and we’ve only touched on a few. For example, iiNet TV with Fetch has thirty included films a month, plus latest releases – all quota free. There’s no one-stop shop for your entire movie viewing needs, so it pays to choose wisely.

A survey published this week showed two-thirds of Australians agreed that if content distributors offered cheaper, fairer pricing, people would not download illegally. Sixty per cent of respondents believed that if content was made available in the same time as it is available elsewhere, this would also act against the practice of illegal downloads.

We know most people want to access their entertainment legitimately and easily. Let’s hope the content owners listen.

Next month, we’ll take a look at catch-up and other TV options, so stay tuned.