There’s a lot to look forward to in a new year and for some, it’s all about finding the next big thing in technology. The Consumer Electronics Show (CES) took place last month and saw over 180,000 attendees from more than 150 countries flocking to Las Vegas for this world-renowned exhibition. Each year, thousands of companies reveal their latest and greatest developments on the global stage, from groundbreaking gadgets to clever innovations that make life easier.

With so many bright minds showing off their work in the field of electronics, there’s always plenty of surprises! Solutions come in all shapes and sizes, and thanks to some out-of-the-box thinking, some exhibits can seem a little more weird than wonderful. Which is which? That’s for you to decide! Let’s dive right in to our top picks.

You may think that the common kettle can’t be reinvented or improved, but think again! This interesting concept from Heatworks is a battery-powered carafe that can heat or chill water within one degree of a specified temperature as you pour it. That’s really putting the “instant” in instant noodles, not to mention the temperature configuration would be extremely useful for fancy tea enthusiasts. The water should taste better, too, since the carafe also has built-in filters to remove the nasties! 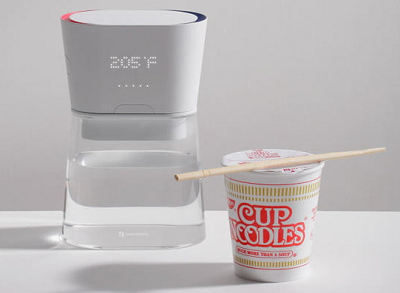 A piece of wood may not be the first thing that comes to mind when you hear “electronics”, but it’s what this bit of wood does that sets it apart from the rest. The Mui looks like a wooden plank but it’s actually a smart home control hub with a built-in Google Assistant designed to help you get information, perform tasks and integrate with other smart appliances. As technology moves into an age where it’s so closely intertwined with our daily lives, we can expect to see more products that don’t look much like technological devices at all. 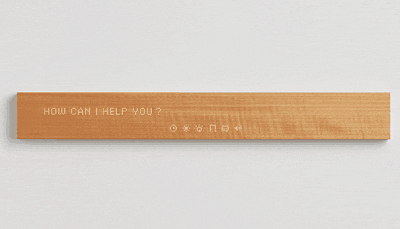 For those plagued by poor sleep patterns or full-blown insomnia, a good night’s rest can seem impossible to get. The Urgo Group hopes to change that with the Urgonight headband, a device developed to take an EEG (that stands for “electroencephalogram” – say that three times fast) of your brain and generate images on your smartphone that will actually train your brain to sleep better. The process is called visual neurofeedback and it’s supposed to change the way your brain waves act over time. Urgo says that those who use the headband for three twenty-minute sessions a week were able to fall asleep faster after three months. What would CES be without a cool new robot? That said, the Lovot, from Japanese startup Groove X, is a lot cuter than your average robot! That’s because it’s not really designed to work for us, it’s designed to be a companion that “nurtures people’s capacity to love”. These little guys are packing a serious amount of tech beneath their cuddly exteriors, including obstacle detection, voice and facial recognition, a thermal camera and more. They’ll follow you around, greet you at the door, monitor your home and even ask you to pick them up for a hug. 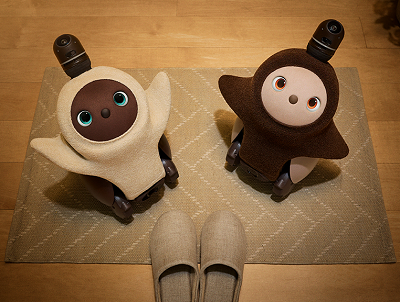 It’s no secret that we love our pets – I know a cat who has his own personal drinking fountain – so we’re always looking for unique and interesting gadgets to spoil our pets. Those with multiple pets in the home will know that getting the right food to the right animal can be difficult at times. Enter the Mookkie bowl, a cleverly designed pet feeder capable of recognising your pet’s face. Only then will it open up and allow the pet to eat, stopping would-be food thieves in their tracks, not to mention it will also keep out pests and other nasties. 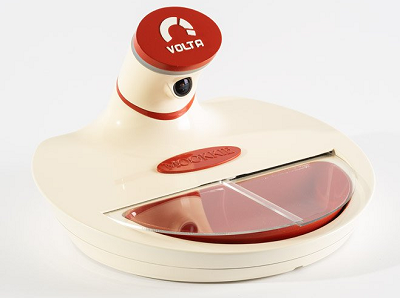 It’s fair to say that TVs are all about the screens, and we’ve been hearing a lot about flexible screens for a while, now. Well, LG have finally delivered with the LG Signature Series OLED R 4K TV, a 65-inch TV screen that can be completely rolled up. While most people wouldn’t have use for a giant, multi-screen waterfall display that featured at the exhibition (shown below), the actual TV product can roll up into a sleek base unit, removing the need for ceiling or wall-mounted setups. You can see it in action in this review from Tech Radar. 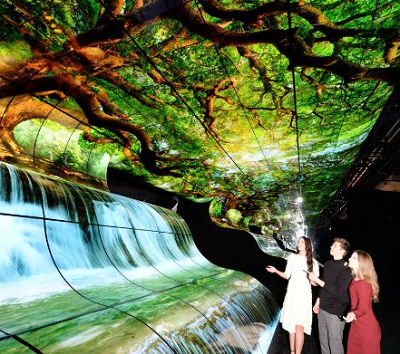 Taking good care of your teeth is vital to your health and wellbeing but for some, two minute’s worth of brushing can seem like too long. The Y-Brush claims to do the job in just ten seconds! Simply bite down on the mouthguard-like brush and turn it on. A vibration action, combined with some chewing actions, will get the job done in five seconds flat! Then you simply turn the brush over and do it again for your other row of teeth. You can watch it in action here. 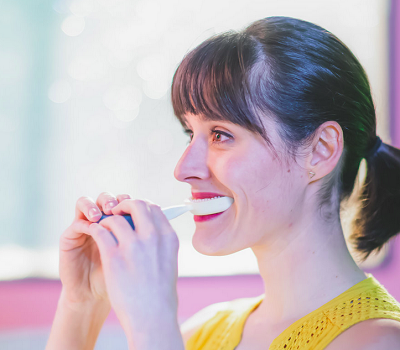 Did any tech at CES 2019 catch your eye this year? Let us know in the comments.