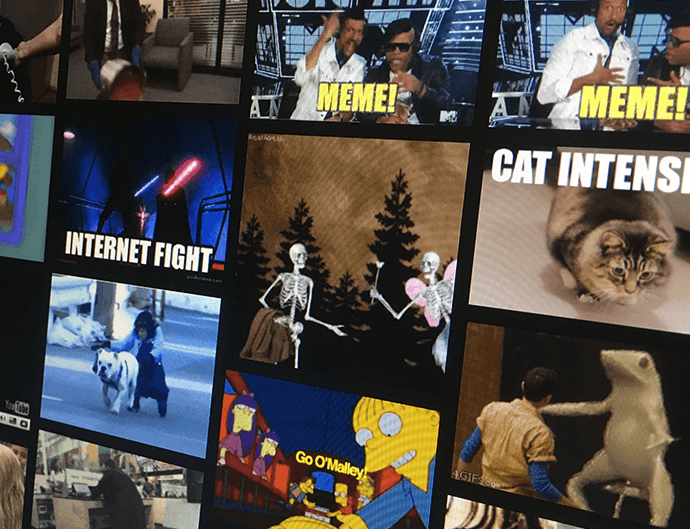 As 2016 draws to a close, you might look back and see a rather turbulent 12 months rife with political turmoil and the loss of artists who influenced generations. Fortunately, being in the internet biz, we can touch on a different kind of history: memes.

If you’re not too sure what a meme is, you might want to take a look at our previous blog post, The Evolution of Memes, but basically memes are those funny pictures you see floating around on the internet. Why do we find them so enjoyable? Who knows! It’s a cultural thing. Whether they’re relatable or just really funny, the world loves memes.

Here are some of the more memorable memes that came out in 2016 (to keep things Safe-For-Work, we left the rude and/or political ones out of the running). When to use it: When your friend Daniel is back at it again with the white Vans (so, probably not often). This short Twitter video likely went viral due to the funny inflection of Josh Holz’s voice as he complimented his friend Daniel’s fashion choices. ‘Damn, Daniel’ was so popular that the boys were featured on the Ellen DeGeneres Show and received a lifetime supply of Vans sneakers, which they donated to their local children’s hospital. When to use it: When something happens that confuses you to the point that it feels like the world is spinning. This deliberately blurred screenshot from an episode of SpongeBob SquarePants is the latest ‘reaction image’ meme to be derived from the popular cartoon. When to use it: When you have a sudden stroke of inspiration while playing with the Pokémon Go app’s virtual reality feature. When users discovered that the game allowed them to superimpose Pokémon onto their smartphone’s camera view, Pokémon quickly started appearing in some rather funny (or unfortunate) situations.

When to use it: When you have access to a chubby baby and a similarly shaped loaf of bread, particularly those baked in Japan. Fun fact: babies all over the world are commonly used in memes because they have not yet developed the ability to say “Stop it, mum and dad.” When to use it: That’s up to you! This amazing photograph of Usain Bolt running at the 2016 Summer Olympics has seen a plethora of funny Photoshop edits but our favourite is probably the simple caption above. “*Record scratch* *Freeze frame*” is a reference to a movie cliché where a character is introduced by narrating how they ended up in the predicament on-screen. Who knows, perhaps they’ll use it in a documentary about Usain Bolt’s life? When to use it: When you encounter something infuriating or frustrating. The Twitter world and users on Reddit have really taken to using this still from the animation Arthur to vent online. The episode it came from actually aired in 1999! It just goes to show that you can make a meme out of almost anything, no matter how old, as long as enough people find it relatable. When to use it: When you want to really annoy your friends by singing this song. The skit performed by Piko-Taro (a character played by Japanese comedian Kosaka Daimoah) went viral in August with many YouTubers performing their own versions or lip dubs. As I’m writing this, the video has close to 100 million views! Not bad for a 31-word song. When to use it: When you want a light-hearted way to tell the world about your ‘dark’ thoughts, whether it’s dog-napping or spending all the money you just saved up. This isn’t the first time the familiar frog Muppet has shown up in a meme but the hooded ‘dark’ version of himself isn’t actually Kermit. He’s a lookalike character called Constantine from Muppets Most Wanted, dressed as a Sith Lord from Star Wars.

When to use it: When you have a video camera and a group of friends who are really, really good at staying still. The Mannequin Challenge may well be the last ‘big’ participation meme of 2016 and it’s a good one – all you have to do is create a scene with your friends and then freeze for a few moments while one person gets it on film. Some of our faves include this awesome Star Wars themed shoot at a Sydney cinema and this mind-boggling underwater mannequin challenge. Over 11 thousand people participated in one challenge for the Wildcats at Perth Arena but it’s not the size that counts – just ask this dog.

And there we have it! 2016 summed up in memes. Did we miss any good ones? Let us know in the comments.