Happy snapping with your smartphone 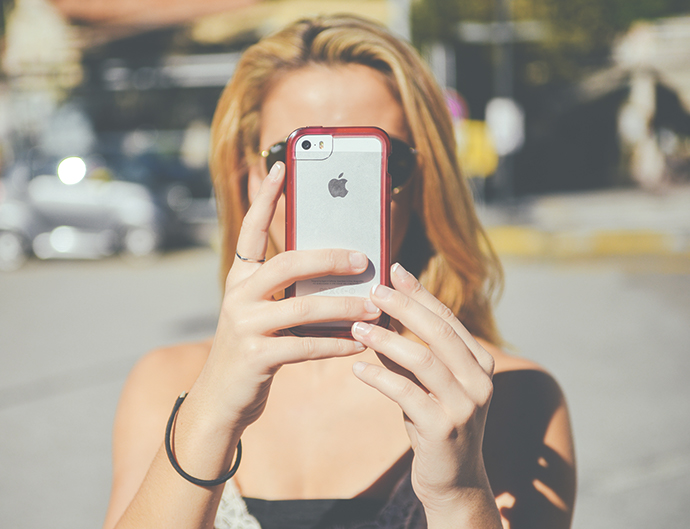 Did you know that the word ‘selfie’ actually has Australian origins? That’s right – although it wasn’t recognised by the online Oxford Dictionary until 2013, the first use of the word dates back to 2002 when an Aussie man used the term to describe a picture of himself on an online forum.

Today, selfies are commonplace around the globe! They’re a great way to record events, remember meetings with a group selfie (how else could you prove that you met Guy Sebastian?) and stay in touch with your friends through instant photo sharing apps like Snapchat. Most of us enjoy a little rush of vanity with a quick selfie – not to mention it’s just plain fun! We’ve rustled up some new and popular photo apps across iOS and Android to help you add some zing to your selfies and get a beaut pic every time.

With technology as advanced as it is, photos don’t have to be still anymore! Phhhoto is a nifty app which takes multiple photos in a short burst and then stitches them together in an animated GIF image to add a little movement to your snaps. You can take a look at some of the cool stuff people are using it for on the official Phhhoto Twitter.

Phhhoto is a great way to add an energetic or even ethereal quality to your images – just remember that subtlety is key when it comes to how much you move when you’re taking a photo. For those who want to share their picture perfect moments, there’s a social networking element within the Phhhoto app itself, but you can also easily share your creations via Facebook, Twitter and Tumblr.

Phhhoto is available on iOS and Android.

People in Photos for iOS 10

Now that iPhones are packing so much memory, it’s easy to get carried away and end up with 1000+ photos on your phone. So what do you do when you need to find that one pic of Grandma? Instead of scrolling endlessly through your camera roll to find a snap of a certain someone, the new People in Photos feature is here to save the day! People in Photos uses facial recognition software to sort your photos according to the people who are in them, making it much easier to organise and search through your collection.

‘People’ is a feature built-in to iOS 10, so you’ll need to upgrade your iPhone’s software if you don’t already have it. Android users may be interested in FotoTiger for Facebook which will sort your photos according to your Facebook friends. These days, your smartphone is packing some pretty serious processing power! The PicsArt Photo Studio app makes use of that by offering a range of intensive filters which will completely transform your photos to look like works of art! The more dramatic filters can take a few moments to process, but the results are well worth the wait (Finn’s selfies are a prime example of that, right?).

The app also offers a healthy selection of brushes, collage tools and more so it might just be everything you need in one handy app! Similar to Phhhoto, PicsArt has its own app-based social networking element but it’s easy to save pictures to your phone or share them on Facebook, Twitter or Tumblr.

PicsArt Photo Studio is available on iOS and Android.

You may have heard of Meitu, a photo editing app that’s recently enjoyed a fresh surge in popularity thanks to some funny, over-the-top selfies being shared through social media (just check out #meitu on Twitter). However, Meitu has recently come under fire requesting more information than your average photo app so here’s an alternative – PhotoWonder! PhotoWonder has a broad range of easy-to-use retouching tools and special effects with something for everyone. If nothing else, you’ll love being able to easily add text bubbles and drawing fireworks, flowers, hearts and more on everything.

PhotoWonder is available on iOS and Android. If you’re not a fan of retouching and you’re just looking to slap stickers on everything, then Kawaii Photo Booth for iOS and My Kawaii Photo Sticker Editor for Android are the apps for you.

Do you have a favourite camera or photo editing app that makes you snap-happy? We want to hear it, so tell us about it in the comments.