Posted on September 5, 2013 by Samantha Hatch 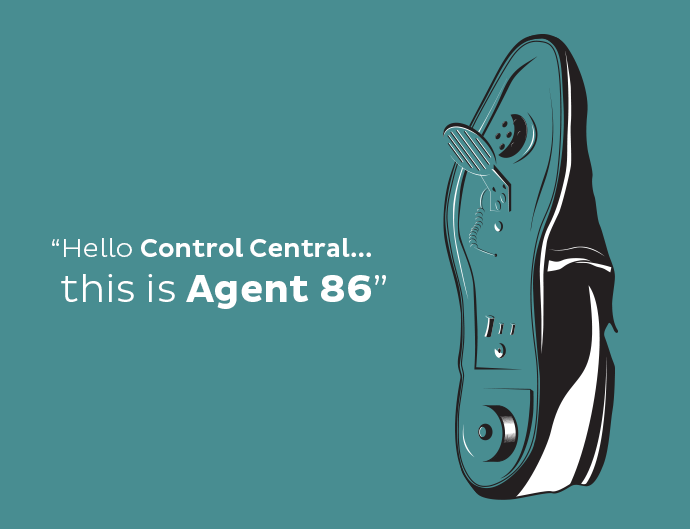 Wearable technologies are not a new concept – we’ve seen them before with Star Trek’s VISOR, James Bond’s many watches and Agent 86’s shoe phone. But wearable technology is quickly becoming less of a pop culture fantasy and more of an everyday reality, and there’s some amazing inventions popping up that could be game-changers. Here are a few of my favourites.

The Fitbit Flex is worn on your wrist to track your activity and sleep. There is an accompanying online dashboard and smart phone app to help you keep a log of your exercise, calories burned and your sleep cycle. Other apps can also sync with your Fitbit – such as Endomondo (an exercise tracker) and My Fitness Pal (a calorie counting app) so you can monitor your progress until you reach your goal. The Flex wirelessly syncs to your computer, or via Bluetooth to your phone. If you have an NFC (near field communications) enabled device (like the Samsung phones available from iiNet), a single tap of the bracelet to your phone will update your data.

To keep you motivated, certain achievements will earn you badges, and Fitbit sends you notifications when you come close to or complete a goal. A weekly email gives you a run-down of your stats, or you can check them daily on Fitbit.com – which also lets you see how you stack up against friends or family!

Possibly the most highly anticipated piece of wearable tech (and one of the most controversial) is the Google Glass. The computer and camera brings technology closer to your senses by placing a small screen directly in front of the wearer’s eye. Voice commands allow hands-free control of the device to perform tasks such as taking a picture, recording a video, searching Google and sending messages.

However, there are some privacy concerns over Glass. It’s already been banned from some bars and casinos, despite the fact that the product will not be officially launched until later this year. Google has spoken out about some of the privacy concerns, and at this point will not be approving any apps involving facial recognition software.

While discussing Google Glass, Apple CEO Tim Cook has mentioned that “the wrist is interesting,” seemingly hinting at the idea of an Apple smart watch. This, along with some patents, has sent the rumour mill spinning. People are already speculating about what we can expect from Apple’s new offering. Some believe it may be similar to the sixth generation iPod nano, but with a smooth curve to fit around the wrist.

Apple has kept quiet about the rumours of the “iWatch” and there was no mention of it at their World Wide Developers Conference. Reports of when we can expect it vary from “late 2013” to “late 2014” so all we can do for now is keep an eager ear out.

It’s an exciting time for the wearable technology market and I can help but feel like I’m living in the future. As far as I’m concerned the peak of wearable technology will be when Iron Man-esque suits are on the market. Let me know when I can buy one!

Are you excited about the fashion of the future? Let us know what you love or what you think looks ridiculous, in the comments below.

Samantha Hatch is a social media representative at iiNet, a self-proclaimed expert at building houses on The Sims and a connoisseur of fine hot chocolates. She one day hopes to own a zoo, or at least a lot of cats.