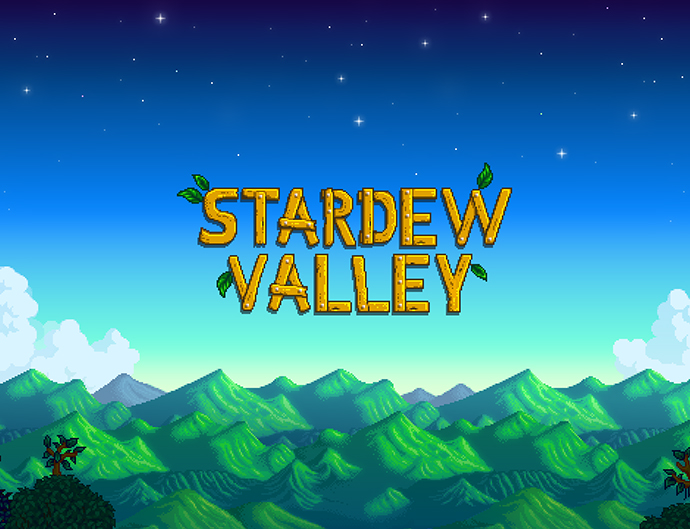 Title: Stardew Valley
Platform: PC (Windows, Mac OSX, Ubuntu)
Developer: ConcernedApe
Get it from: Steam ($14.99 USD)
Suitable for: Everyone, unless you have an important event/exam coming up which could be seriously jeopardised by an addiction to Stardew Valley (in which case just get it afterwards).

In case you’ve been living under a digital rock, Stardew Valley is the indie game that recently exploded on Steam with nearly half a million copies sold in the first fortnight and thousands of positive reviews, particularly from old fans of titles such as Harvest Moon. Remarkably, absolutely all of it was developed by just one man – ConcernedApe, a.k.a. Eric Barone. If you think that sounds like a big job, you’re right – it was in development for four years, and it looks like all that hard work has paid off.

The premise is simple – you’ve inherited a run-down farm from your late grandfather in the heart of the valley. To make your escape from mundane city life worthwhile, you need to clear it out and plant crops to turn a profit. If you think you might get bored, guess again – there’s a lot more to do that just farming! There are plenty of villagers to strike up friendships with to unlock cut scenes explaining more of their backstory… you may even end up with a spouse if you play your cards right.

There’s also a huge map to explore with secret areas and a randomly generating mine full of monsters and minerals that runs 120 levels deep. Sure, you could be a homebody and stick to tending your crops and fishing in the local river, but if you really want to branch out into fancy farm tools and buildings to raise livestock, you’ll have to be both an adventurer and a farmer… and a miner, forager, artisan, chef; the list goes on. You’ll also have to satisfy the magical creatures in the Community Centre, so yeah, trust me; you’ll have a lot to do. When Harvest Moon first came out, I was a small child who hadn’t even started gaming yet, so I never played it. Stardew Valley was my very first exposure to this kind of farm simulation RPG and I absolutely adore it. The price is an absolute steal for the amount of gameplay you’re getting and every minute of it is engaging – yes, even when fishing, which involves a minigame some people like to complain about, but I disagree. If you’ve ever attempted to deal with the mind-numbingly boring fishing in Minecraft, you’ll love Stardew Valley’s fishing, which is fast-paced, varied, challenging and rewarding in comparison.

The game is also packed full of secrets. You get a few clues from quests and dialogue or digging up additions to the local library, but some of them can only be found by good ol’ fashion exploration. According to an interview with PCGamer, there’s also one really obscure secret so elusive that no one has found it yet, but I have no idea what it could be. I’m busy running a large-scale operation with multiple coops full of adorable bunnies and duckies, each one with an uncharacteristically violent name like ‘Murder’ and ‘Shankers’. I’m having the time of my life. This game is too addictive. No, seriously – resource and task management games are one of my favourite things and I actually had to stop playing after I binged over 50 hours in a week because I was beginning to develop a Repetitive Strain Injury in my right hand. I’m only allowed to a little bit each day now… but it was worth it.

Naturally there are also a few teething issues as with all brand new games – for example, I wasn’t married in-game for the longest time despite being BFFs with most eligible bachelors/bachelorettes (that’s right, you can have your pick of either – add that to the ‘plus’ list). This was because you can only propose with the Mermaid Pendant item; I lost mine when I was knocked out by a killer flying serpent and the game wouldn’t let me buy another.

Enter ConcernedApe, who has proved himself an extremely dedicated developer with multiple fixes rolled out since launch. After searching online for a solution to my predicament, I found he’d already addressed the issue with someone else in the same boat. All I had to do was open up my save file, find and delete a little bit of text and boom! Fixed. I am now happily married and a mother of one. Whether you have fond memories of Harvest Moon or you’re just a fan of the concept of fun in general, you need this game. While you should definitely account for an initial binge, after that’s out of your system it is possible to play just a little bit at a time, which makes it perfect for both casual and heavy gamers alike. It’s my new favourite way to chill out after coming home from work.

Have you played this game? Tell us what you think in the comments.