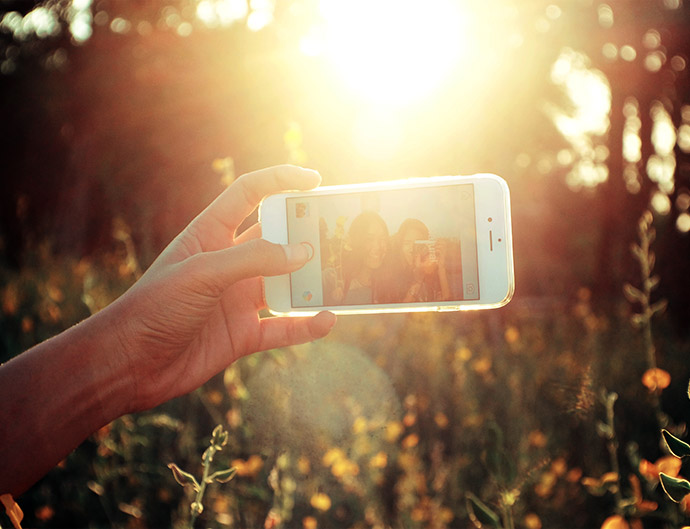 You might have been surprised to hear about cyberbullying ten years ago but these days it’s a well-known risk of participating on virtually any social media site on the internet. We all know the drill: there are nasty people out there, known as trolls, targeting people for almost any reason, or no reason at all. Unlike physical bullying, cyberbullying can be digitally delivered to your inbox, profile page or comments section at anytime from anywhere in the world, and the culprits are often hiding behind anonymity.

One or two hits might be easy to brush off, but unfortunately cyberbullying has the potential to come in waves and anyone, young or old, can quickly feel overwhelmed. Most apps and websites give you the control, allowing you to delete unwanted content from your social media space. The catch? You’ll still have to read it before you decide to delete it and block the person from doing it again.

This kind of mandatory exposure to bullying has been a shortfall in the social media experience for a long time, but now some companies are stepping up to the mark to say ‘NO’ to the trolls.

Instagram, a popular social media app which is also one of the most popular with people aged under 25, recently released a feature which allows anyone to automatically hide any words or phrases often reported as inappropriate, or hide their own custom phrases – without having to see the comments first. It may sound like a small change, but it’s game-changing.

This new feature actually first came to light thanks to a notorious social phenomenon – while bullying ‘regular’ people is easy to see as mean, once that person becomes a celebrity, all bets are off. Harassing celebrities who ‘deserve’ it for any reason might seem like socially acceptable behavior to some, but I’d happily remind anyone that it’s really easy for a group of people committing an act to not realise that what they are doing is cruel/borderline insane – you know, a bit like Lord of the Flies.

If you don’t keep up with celebrity news (I don’t) I’ll provide the gist of it here: Taylor Swift told a lie and as a result, thousands of people started spamming all of her social media posts and profiles with the snake emoji. I’m talking about a flood of snake emoji; it would take hours for her or any social media rep she hired to systematically remove each one. So when the snake emojis started disappearing from her posts en-masse, people accused Instagram of providing her with special treatment. It turns out, they were right.

The ability to automatically hide unwanted comments without having to read them was available on Instagram – but only to business accounts and verified celebrities. Complaints quickly grew to criticism that if this feature existed, it should be available to everyone and not just the privileged few. Instagram actually listened and a few months later, the ‘Hide Inappropriate Comments’ feature was released. Finally! How this could change the game

This new feature marks an important change in the social media market. Now that one of the big players has given their users the power to block out trolls, other social platforms are likely to follow suit. Every company loves to talk about how they have a zero-tolerance policy for cyberbullying but so far it feels like few have spent the time and resources creating the anti-bullying tools the community wants. Now, they may have to in order to keep their share of the market.

After all, it’s a numbers game – creating a satisfactory user experience (i.e. one where you don’t have to be subjected to relentless cyberbullying) means more users spending more time on Instagram instead of their competitors, which in turn means more advertising revenue for Instagram. Many users quit an app entirely if cyberbullying becomes too much, so working to prevent exposure to nasty comments as much as possible is in any company’s best financial interest. Although it is kind of sad that money may end up being the ultimate driver for this change, when it comes to stopping something as nasty as cyberbullying… any port in a storm.

Cyberbullying can affect people of all ages. If you need help or advice dealing with tough issues, contact Lifeline on 13 11 14. Young people can also contact Kids Helpline on 1800 55 1800.