How to keep tech cool in an Aussie summer 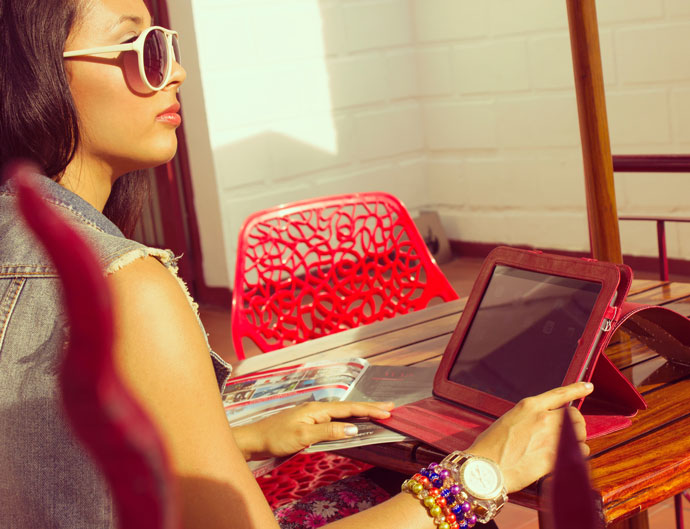 Australian summer doesn’t mess around – with temperatures reaching in the forties, it’s vital to stay cool, hydrated and follow the sun safety rules of slip, slop, slap, seek and slide. Everyone has a plan to beat the heat, which can range from a humble pedestal fan all the way to state-of-the-art air conditioning – but have you made plans for your tech?

All electrical devices generate heat and it’s perfectly normal for them to be warm to the touch after they’ve been running for a while, but running too hot for too long can negatively affect performance and eventually cause devices to break. You may be surprised to know that the iiNet Support Team has seen cases of modems overheating during heat waves, particularly in desert climates where the weather gets hottest.

Although broadband modems are typically left switched on all the time, they’re not necessarily in any danger of overheating as long as you follow these simple steps. You can apply the same logic to all of your devices (including computers, laptops, game consoles and smartphones) to ensure that you and your tech stay cool this summer.

Humans like a bit of sunshine but once it becomes uncomfortable, we can get up and move. Our gadgets don’t have this option, and prolonged exposure to direct sunlight (or other heat sources such as heaters or cooking appliances) will just add more heat where it’s not wanted.

You should keep your devices out of the sun whenever possible. A little bit of shade goes a long way.

Proper air flow is key to preventing overheating and the casing on many devices is designed with ventilation in mind, so make sure that vents aren’t blocked by anything else.

While shutting your devices away in cabinets may be appealing for aesthetic reasons, it can contribute to overheating (not to mention weaken WiFi signal in routers). If your computer desk has a PC cabinet built into it, at least make sure the door is left open while you’re using it.

As the number of devices found in the average household increases, you may be inclined to stack devices on top of each other to save space. However, this is a bad idea. Having all of these heat-generating items touching each other not only reduces air flow, but it also increases the heat being transferred between devices where they’re touching, especially in the poor one stuck in the middle.

Keep your tech separated with a bit of space between them, preferably on separate shelves, to avoid a heat sandwich.

Any computer enthusiast knows that a cooling fan clogged by dust is a recipe for disaster. It’s important to keep your devices clean and dust-free. As long as you’re keeping up with the housework, you shouldn’t need to do a deep clean too often, but it pays to give your tech some TLC a few times a year.

Here’s some simple cleaning guides for desktop computers and laptops.

What to do if you suspect overheating

If overheating seems to be a common problem, consider investing in a cooling pad. These are commonly designed for modems and laptops and use a USB-powered fan to increase air flow around the device. For desktop computer towers, you may want to consider taking it to a computer shop to have heat sinks or a more efficient cooling fan installed, or change the casing for better ventilation.

Remember – stay cool this summer, everyone!

How do you keep your tech safe from the heat? Share your tips and tricks in the comments.