Learning through play with video games 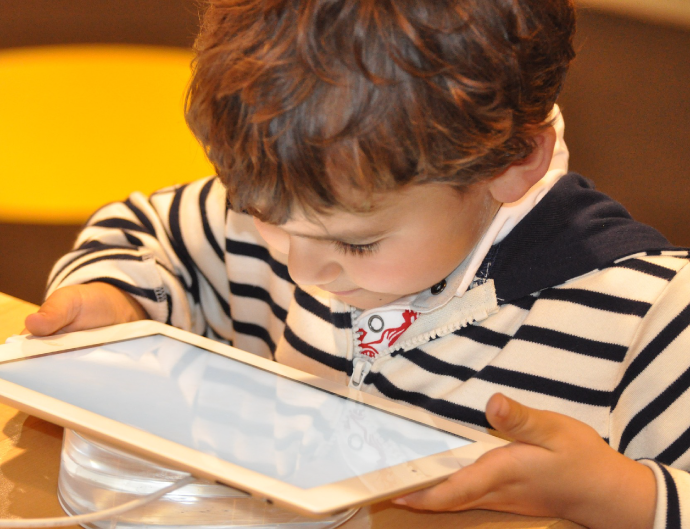 Most of us are familiar with video games, especially families with kids! A 2017 study conducted by Bond University and the Interactive Games & Entertainment Association (IGEA) found that a whopping 97% of Australian households with children have at least one video game device, and eight out of ten own more than one device. Even if you don’t have children yourself, chances are you may have heard massively popular titles such as Minecraft or Fortnite come up in conversation or even appear on the evening news.

Like all kinds of play, playing video games has a number of benefits including social connections, problem-solving exercises and stress relief. While we can probably agree that conventional video games don’t belong in the classroom (that time is better spent on activities more heavily focused on learning) educational video games are rising in popularity all around the globe, Australia included. These games combine the engaging aspects of gameplay with school curriculum material such as mathematics and language skills. Not only are these games helping to make school more interesting for kids: some software can also produce reports about the performance of each student so teachers can know which students need a bit of extra help in certain areas.

Let’s take a look at some of the most popular games that are integrating with classrooms to help students and teachers alike.

This name may ring a bell with anyone who was still in school in the mid-2000s: the Mathletics website launched in 2005, inviting “mathletes” to test their skills in a range of quizzes and challenges that adopt learning strategies from the Australian School Curriculum. The biggest draw by far was the Live Mathletics feature which remains in the game to this day. It allows users to race against each other in answering quick-fire mathematics questions. Back in my high school days, the competitive nature of Live Mathletics got pretty intense, and we definitely saw an improvement in the speed and accuracy of our mental arithmetic!

These days, Mathletics has expanded to a global software with a range of interfaces tailored to students of different age groups, from early learning all the way through to secondary school. Home subscriptions starting at $99.00 per year are also available for those looking for some extra learning outside of school, which can work out to be pretty affordable compared to the cost of hiring a private tutor. You can get a tour of the software for primary school students here. 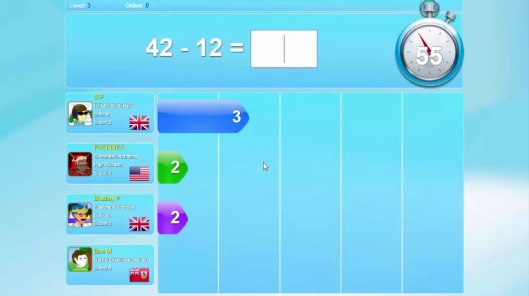 Developed by team of experienced primary school teachers, writers and developers, Reading Eggs is a trusted reading program for children between the ages of two and thirteen. The interface is simple, colourful and kid-friendly, focusing on a core curriculum of phonics, sight words, vocabulary, comprehension, and reading for meaning. The games and activities are designed to make learning fun and rewarding, with special “critters” to collect at the end of each lesson. Parents are also kept in the loop about their child’s progress with access to a parental dashboard and personalised emails detailing their child’s progress.

Reading Eggs has been proven to significantly increase student’s reading skills and it has an impressive number of awards under its belt. In addition to its school programs, Reading Eggs is available on a subscription for home users starting from $12.99 a month or $79.95 annually. You can check out some sample lessons here. 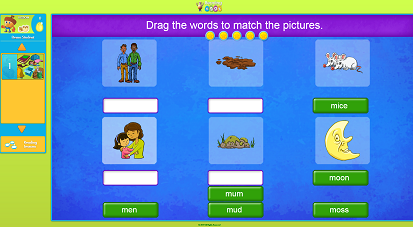 While many educational games tend to focus on one core field of learning such as maths or literacy, Skoolbo casts the net a lot wider with brain games that cover reading, writing, numeracy, languages, science, art, music and more. Skoolbo contains thousands of different lessons designed for children between three and ten years old. As a research-oriented company, the Skoolbo team is passionate about what motivates children to learn, catering to their natural curiousity and sense of discovery. In additional to customised progress reports for parents, there’s even an option to keep grandparents in the loop so kids can make nanny or poppy proud.

The methods are certainly effective: in a study of 18,612 schools, it was found that a whopping 94.3% of children using Skoolbo mastered a learning skill in twenty minutes or less! To date, Skoolbo is used by over 100,000 teachers worldwide and in additional to its school programs, there are  subscriptions available for home users, starting from $14.95 a month. You can watch the introductory video about Skoolbo here. 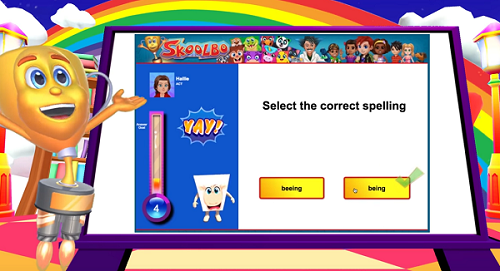 While the majority of popular educational games are enriched learning platforms, Prodigy sets itself apart from the pack by incorporating an actual story, world map and a turn-based battle system that you’d see in classic Role-playing Games (RPGs). Accompanied by your magical buddy pet, you need to complete quests and defeat enemies in order to save the magical realm from peril. However, instead of simply clicking to cast spells during battle, students need to answer a variety of mathematical questions correctly. While they’re having fun playing the game, their performance is tracked in a handy report for teachers and parents so it’s easy to see areas where a child needs a little more practice.

Prodigy is a browser-based application that’s completely free for anyone to play (we even had a go in the office to get the screenshots below). In fact, the team behind Prodigy make a point to state that “All math, reporting, and access to the program is free, and free forever”. Parents may want to sweeten the deal by purchasing a monthly, biannual or yearly membership to unlock extra items such as new buddy pets. While a membership doesn’t impact the educational quality of the game, kids with access to the extra membership content spend an average of 118% more time playing and learning. You can have a go at Prodigy here. 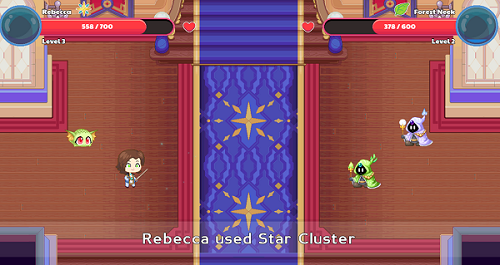 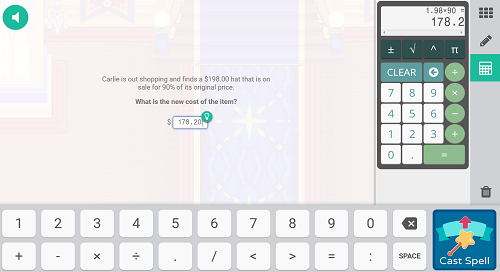 Do you know of any educational software making waves in local classrooms or helping your kids at home? Tell us about it in the comments.