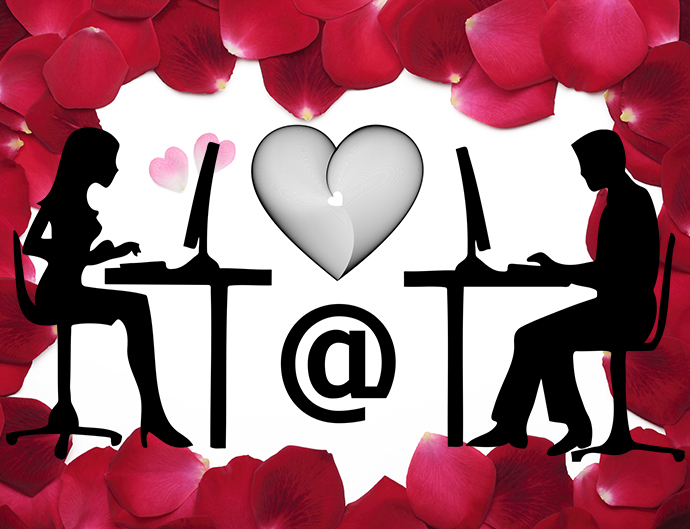 It can be a daunting experience being thrown into single life after so many years of being in a relationship. I know, because that’s exactly what happened to me in 2014.

I was 24 years old and felt well past the days of clubbing, and had also finished my university degrees; so where could I meet other singles?

I ended up trying the online route, which did eventually lead to love. However, there were certainly a few frogs out there while I was trying to find my prince.

Having tried a few sites along the way, I discovered each was slightly different and geared to finding different kinds of companionships. I also found that paying doesn’t necessarily guarantee safety.

Hoping my experiences may help someone else on their quest for love, I decided to put together this article with my tips on which dating site may be best suited to you as well as provide some insight into safety with online dating. I first started my journey on pof.com, simply because it was free. At the time I found the idea of paying to meet other human beings outrageous; especially when there are so many other ways to do that for free. It was easy enough to get a profile set up and I had messages within seconds. And if I didn’t feel like those messages were enough, there was also the “Meet me” function which allowed me to sift quickly through users and indicate which ones I liked and which weren’t my type.

I did end up meeting some great friends on Plenty of Fish, but the “intelligent” matching of the website really wasn’t as clean as some of the paid websites, and it was difficult to filter out unwanted messages. After I felt like I had met anyone who was worth meeting on the site, I became too overwhelmed by the inundation of messages and closed my account.

The issue with not having filtering options means anyone can dive straight into messaging you, however inappropriate or rude they want to be. It also gives scammers easy access to try to hook you into their deceits.

Ultimately, Plenty of Fish is not a bad option if you want a free site. I did manage to meet some nice people, even though they were more compatible as friends than partners. But if you’re going to use this site, keep your wits about you. It’s very easy for a scammer to send you messages on POF, and with scammers stealing photos of “regular” people, they aren’t always the easiest to spot.

Look out for warning signs like: Early or immediate declarations of love, attempts to move you away from the site (asking for your email or mobile number straight away), and requests to be sent money (however sad a sob story they may spin). The next leg of my online dating journey took me to Tinder. I know what you’re thinking, but at the time I wasn’t aware of Tinder’s infamy, and several respectable friends of mine were using it so I decided to give it the benefit of the doubt. And boy, do I know better now!

At the start it seemed brilliant: I could sort through so many prospects in mere seconds with that quick swiping action Tinder is known for. Even better is I would only ever receive messages from people I had already approved of: each person has to swipe right for “yes” on each other’s profile and “match” for the messenger option to become available to them.

However, that old saying “you can’t judge a book by its cover” definitely rings true when it comes to Tinder. What I thought were nice, respectable looking men often turned out to be a myriad of craziness. Some were aggressive, some were obsessive, and of course some were okay but it became apparent very quickly that few (if any) actually used Tinder to look for a relationship.

If casual dating is what you’re after, then Tinder could be a dream come true for you. But if you’re looking for long lasting love, just don’t do it. Make sure to be safe if you do plan to meet someone off Tinder because you never really know what you’re getting into.

Don’t ever agree to meet for the first time at your house: you don’t want someone who turns out to be crazy to know your address, and friends of mine (both men and women), have even admitted to being robbed by their Tinder dates! Meet during the day somewhere with lots of people like a local coffee shop, and don’t let yourself be pressured into anything you’re not comfortable with. Since the free options were bearing no fruit, I finally bit the bullet and tried the paid route. First, I signed up to eHarmony. Sadly, my experience with eHarmony was just as fruitless.

I know this is a popular site that many singles use, but it just wasn’t for me. I didn’t fully understand the algorithms involved (despite emailing support to try and suss it out), but I found myself quickly inundated with more messages than I could keep up with from men who just weren’t my cup of tea.

I felt like I had no control over who I was speaking to. I desperately wanted to filter out people who didn’t have the same political ideology as me or the same level of education and other such values but an eHarmony rep advised me that was not possible. They assured me their matching system was intelligent and scientifically-based to make deeper, more meaningful matches, but I wanted more involvement in the process.

I never ended up meeting anyone from eHarmony, for better or for worse. The website has managed to go strong for many years so I’m sure it yields success for some, even if it wasn’t right for me. I’d say eHarmony is best suited to singles who want a simplistic site that isn’t too difficult to use and don’t mind the site doing all the work matching them up. Feeling defeated, I didn’t have very high hopes signing up to RSVP, but I decided to give online dating one more go. It turned out to be the best decision ever! I finally found my online dating fit. You don’t have to pay monthly fees like eHarmony, but it’s not completely free and open for any crazy person to swamp you with messages either.

RSVP allows you to filter to impressively granular detail. Finally I could search for people in my area, with the same political ideology, the same religious beliefs, the same taste in movies, books and more.

It also lets you control who you talk to. You can indicate you like someone by sending them a free “Kiss”: a choice of a couple of preloaded messages like “Your profile got my attention, want to chat?”. You can then either send them a free “Kiss” back if the feeling is mutual, or a preloaded decline message if it is not (this will remove them from your inbox). Once both parties are aware the feeling is mutual one can opt to pay to begin the messaging process, so no personalised messages can happen for free.

I think this is a great system because it’s less appealing to a scammer to have to pay to message, and it means you’re not bombarded with abusive messages because people are less likely to pay to abuse someone. I actually made first contact with my now partner, who I have been happily with ever since. Thank you RSVP!

Of course these are just my experiences, and others will have their own stories, but hopefully it gives you a bit of an insight into some of the platforms out there if you ever decide to take a chance on love online! Did you meet your partner on a dating site? Let us know which one in the comments below.