iiNet has selected the five lucky winners of our Ultimate iiNet Experience.

These social media extraordinaires will be visiting iiNet HQ in Perth for our O-Week from 24-29 November. They’re going to get their hands dirty (in a geeky kind of way) with everything that makes the Internet awesome: from social media to cat videos, 3D printers to the latest in wearable technology, the NBN and more.

If you live in Perth, Melbourne, Sydney or Adelaide, you too can be part of our O-Week by signing up for one of our popular seminars. Or simply follow the adventures of our Top Five at home using #insiiders, following iiNet social media (Facebook, Twitter, Google Plus, LinkedIn, Instagram) or the Insiiders’ accounts below. 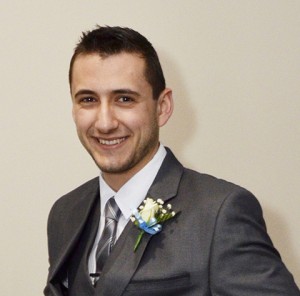 Sam is a web developer, and very happy newlywed, based in Geraldton. When he is not developing websites for the businesses of the region, he is playing piano as part of his local youth group.

Free stuff – what else? Seriously though, I wanted to meet the faces and technology behind the best ISP and support team I’ve ever dealt with. I regularly talk with the Domains and Hosting team in my role at work, and I had a very nice experience with the customer techs in getting my Naked DSL set up.

What role does social media play in my life?

I use Facebook to talk with family over East, Twitter to get fast tech support, and LinkedIn for my personal online resume. Use of Twitter won me a free helicopter ride courtesy of Microsoft once, so I consider it a very valuable tool. 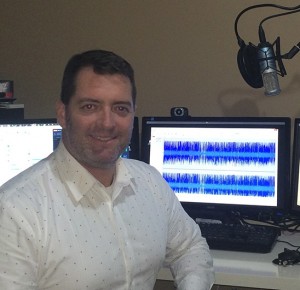 Ben is a 21-year veteran of the technology industry with his interest in tech stretching back to the days of the TRS-80 and the Sinclair ZX80. He is a father of three, husband and a volunteer surf lifesaver. As a self-employed IT consultant he appears as technology expert for radio station 6PR. Ben is fascinated by cryptography, IT security, wearable tech and just about anything tech-related.

To see what iiNet is doing today and what is planned for the future would be one of the biggest things I would hope to get out of this experience as well as meet the team. Also as a long time advocate of iiNet I would also like to explore ways I could work with iiNet in delivering a great experience to the communities, individuals and businesses I serve.

Social media has influenced society more than just about any other advance in technology. Social media to me is a great communications tool that helps me share important information with my clients and followers as well as provide me with a rich stream of technology news allowing me to keep up to the latest in tech worldwide. 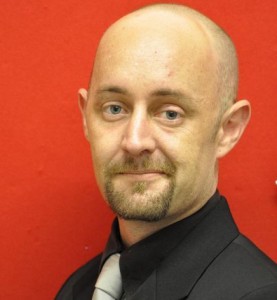 Travis is from Queensland, and some might describe him as a classic geek. We came to this conclusion after he mentioned his interests in Pool (8 ball), the Internet, collecting Star Wars and Hellboy statues, and Sci-Fi movies. To balance things out, in his spare time he hangs out as much as he can with his 15-year-old son, Alex.

I chat with the iiNet Social Media Team over Whirlpool, Facebook and Twitter so, to be honest, one of my main reasons for wanting to win this competition was to come to iiNet HQ and finally put some faces to the names. 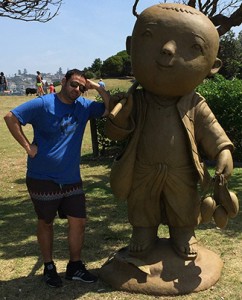 Mahmoud is a Restaurant Manager from Sydney. Even when he isn’t at work, he’s eating out or enjoying a glass of red wine. A bit of a renaissance man, Mahmoud is not just a foodie, he is interested in media, arts, live music, loves watching sport.

As a workaholic, the idea of a visit to Perth for the first time was a big draw card. Previously I worked at a computer hardware retailer and I was always up to speed with the latest technology, however nowadays I feel slightly out of touch with the industry and really looking forward to reconnecting with it.

Social media helps me stay connected but I also use it as an escape from reality. I’m interested to learn how I could bring my restaurant to the world using social media. 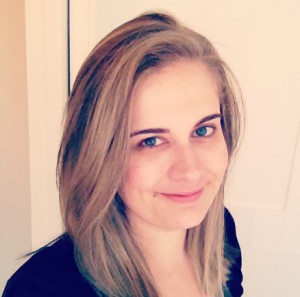 Kylie has taken a break from a marketing career to look after her two girls, and to pursue a love of photography. She loves reading, blogging and all things tech and gadgets.

I can’t wait to pick of the brains of the people in the know, learn a whole bunch of stuff about the Internet and social media, as well as hang out with some cool people who get as excited about the geeky side of life as I do.

Through blogging, I’ve met a whole tribe of people I never would have had the chance to get to know offline. Despite the fact that I’ve not met some of these people in “real life”, I still consider them to be some of my closest friends. The power of online communication there is always someone there to talk to when I need it most, even if it’s 3am and everyone in my offline world is sleeping!