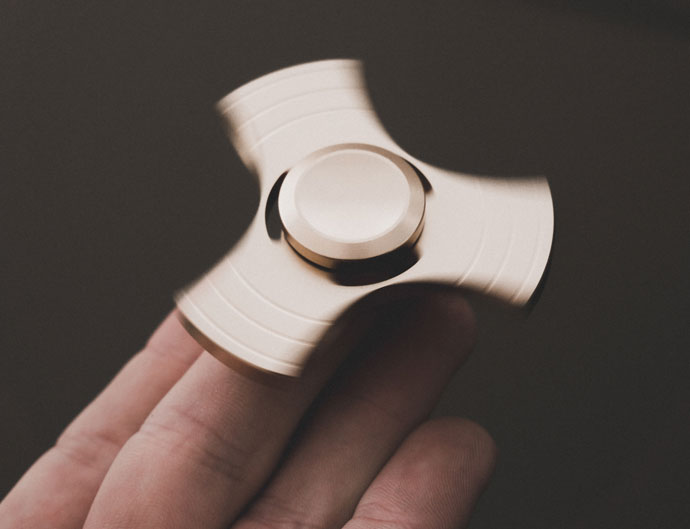 Can you believe that it’s December already? 2017 has absolutely flown by but not fast enough for us to miss the latest and greatest in all things ‘meme’.

If you saw our previous blog post, The Evolution of Memes, you would know that memes are concepts that spread swiftly through the internet, usually in the form of funny pictures, jokes and references. It’s a weird and wonderful cultural phenomenon that the world has come to enjoy in some way or another.

For this year’s April Fools joke, Cambridge University claimed they would run a short course named ‘Understanding and Analysis of the Meme Revolution’, however there are a number of people who dedicate time to creating, sharing and documenting memes as a part of internet culture. Like it or not, it’s happening now, so it’ll be history soon.

We’ve rounded up some our top safe-for-work memes from this year to share for a laugh. So without further ado – it’s meme time!

Though it may seem like he has always been with us, 2017 was the year that Salt Bae, as coined by an Instagram hashtag, came into our lives. It’s actually a still from a video uploaded by Turkish chef Nusret Gökçe where he sprinkles some salt with a style and flair that enchanted thousands. People have been using Salt Bae in everything from jokes and reaction pics to fanart and fancy dress costumes. The Expanding Brain meme is a table that compares illustrations of brain size relative to certain factors. Some of them are sincere; for example, iiNet’s WA office has one on the break room fridge that ranges from “leaving the fridge door open” to “putting mouldy food in the bin” because we’re hip but we also care about hygiene. However, the funniest ones are sarcastic or absurd. The more trivial or meaningless the topic is, the better, such as the age-old argument about whether or not pineapple belongs on pizza.

It seems there’s no escaping a new meme taken from the popular cartoon SpongeBob SquarePants – last year, it was Confused Mr. Krabs. This year, Mocking SpongeBob brings us the perfect visual representation of someone mocking something in a weird voice. The ‘mocking’ part of a statement is usually typed with an erratic mix of upper and lower case characters to help convey the strange pitch and rhythm that most of us use when we’re mimicking someone we don’t like. If you didn’t know what a fidget spinner was in 2016, chances are that you do now! They were originally patented way back in 1993, but it was the beginning of 2017 when a wash of fidget spinner videos on the front page of YouTube brought about a global craze. People were even selling them at pop-up kiosks at the shops. They received news coverage from the media and schools had to quickly introduce bans or parental permission policies. All for a small fidgeting aide that… spins, and that’s it. Needless to say, although many fidget spinners have probably been abandoned in the aftermath of the fad, the three-pronged fidget spinner shape is now instantly recognisable to most people. Needless to say, mankind’s obsession with fidget spinners became the butt of many jokes. The indoutka, a bird native to the tropics of South America, has always existed, but it was this photo where the angle gives it a particularly sly expression that saw the species rise to international fame. Sly Duck is typically accompanied by mischievous captions about things we all might have done at one point or another, but it’s the duck that really makes it special. 2017 taught the world two very important lessons. One: any fandom, even one for a cartoon show, can become so overzealous that they cross the boundaries of appropriate behaviour. And two: it is vital to properly gauge supply and demand when running a promotional campaign. On the first of April, the first episode of season three for Rick and Morty aired out of the blue, and in that episode, Rick claims that his primary goal is to bring back a limited edition McDonalds sauce that was sold back when Disney’s Mulan was released in theatres.

That could have been the end of it, but then McDonalds USA announced they’d bring back the Szechaun sauce for a limited time. The problem? Not all stores had the sauce, and those that did had far, far fewer than they needed for the crowds of fans lining up at the door. It was a public relations fiasco involving riots at some locations, and packets of the coveted sauce sold then for hundreds of dollars on eBay and even a car. The lesson here is that no matter how much one packet of sauce is worth, it’s not as much as a bit of common sense.

When millionaire Tim Gurner made comments on an episode of 60 Minutes about millennials spending too lavishly on stuff like avocado toast to be able to afford a home, he unwittingly bolstered ‘avocado toast’ in the hearts of many millennials who were bitter about the state of the housing market. He was promptly slammed for being grossly out of touch with the economy, which probably had something to do with Australia’s median listing price for a house being $818,416 as of June, which is over 43,000 $19 avocado toasts.

There are hundreds of thousands of stock images available on the web and every so often, someone finds a gem that turns into a relatable masterpiece with just a dash of MS Paint or Photoshop. Distracted Boyfriend shows a man clearly showing interest in another woman even though his girlfriend is standing right next to him. It turns out that most people find ironic or irresponsible preferences really, really relatable. In the long-standing tradition of cats ruling the internet, here’s a bonus:

Are you a fan of modern memes or do you prefer the classics? If we’ve missed out one of your favourites, let us know in the comments!