Movies to get excited about on streaming TV 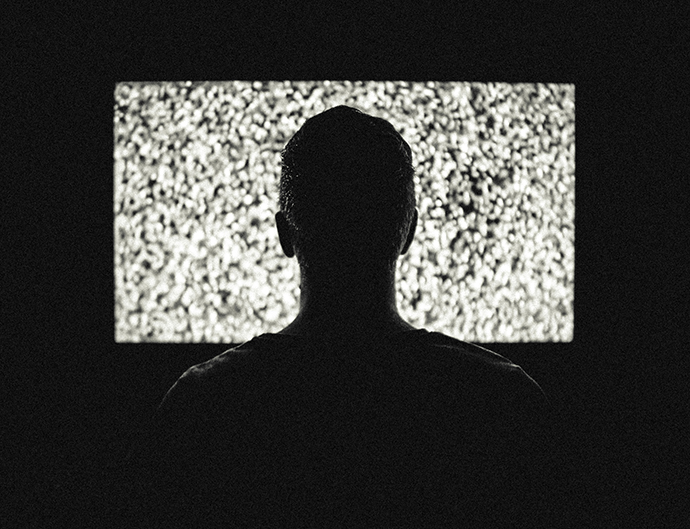 Streaming TV has been increasing in popularity over the last couple of years, with a greater variety of content and more convenience than traditional TV services.

Being able to watch the shows and movies you want, when you want, has given viewers greater freedom, so it’s no surprise that uptake of streaming services such as Netflix, Stan and Presto has been on the rise.

With the number of people taking to streaming TV skyrocketing, chances are you already have a setup with one of these services in your home. If you’re looking to get cosy on the couch this winter with some great rainy day movies, you’re in luck.

With so many movies to choose from and content constantly being updated on streaming services, you may be wondering where to start when choosing your Friday night movie.

Here are some of our recommendations for great movies you can find on streaming TV for your next night in. It’s the terrifying question humans must ask themselves as our population continues to grow: What do we do when we ultimately render the Earth uninhabitable? That’s the question Christopher Nolan attempts to answer with his big budget Sci-Fi blockbuster Interstellar. In the not-too-distant future, the survival of humanity is threatened as food supplies diminish and the remaining crops struggle to grow amidst the dust storms which are constantly blowing through them. With the Apocalypse nigh, humanity’s only hope is to find another inhabitable planet in the Universe to migrate to. But does such a planet exist within reach? And will the technology be available in time to take us there?

This outer space adventure is gripping from the start to the end and will have you contemplating it long after it has ended. Even more impressive than the twisting, turning plot, Hans Zimmer’s magical film score, and breathtaking visuals is the science behind the story. Where many Sci-Fi flicks will bend the rules of science for the sake of the plot, Interstellar deals with highly complex science like black holes, gravity and relativity with impressive detail, even earning the praise of renowned astrophysicist Neil deGrasse Tyson – who gave it a “8 or 9 out of 10” for plausibility. With a running time of almost 3 hours, you’ll want the full night off to appreciate this highly scientific work of art. What if the voices inside your head actually came from little people who made up your personality? It sounds a bit crazy, but it’s all part of the imaginative plot that makes the Disney-Pixar animation Inside Out so unique. When 11-year-old Riley is forced to move state for her Dad’s work, it is a difficult situation for her emotions Joy, Sadness, Disgust, Fear and Anger to navigate. Desperately trying to keep things positive for Riley, Joy takes the lead, but leaving behind her childhood home, friends and the snowy city she so loved takes its toll on Riley and sees Joy battling with Sadness for control. The scuffle ends in disaster when both Joy and Sadness are thrown way into the maze of Riley’s long-term memories. While they desperately try to find their way back to headquarters, Riley is left in the hands of Anger, Fear and Disgust, who find themselves completely out of their depth.

The way Inside Out captures the complexity of the human mind with these cute and colourful metaphors, such as “personality islands”, “the train of thought” and the “memory dump” is nothing short of brilliant. The bright landscape and cuddly characters will delight the kids and the deeper story of the challenges of growing up and coping with increasingly complex and difficult emotions will keep the grown-ups engaged too. This one is guaranteed to tug at the heartstrings – I have watched it nearly 5 times and still get a bit misty-eyed at the end! This true story about an elaborate scheme to rescue 5 American diplomats from Tehran in 1979 during the Iranian hostage crisis will have you on the edge of your seat till the very last moment. CIA exfiltration specialist Tony Mendez, together with producer Lester Siegel and makeup man John Chambers, concoct the outlandish plan to pass off the Americans as Canadians that are part of a faux film crew scouting locations for a brand new Sci-Fi thriller called Argo. Whether or not you already know their fate from history, Argo manages to be one of the most suspenseful, nail-biting films you’ll ever experience.

This Academy Award winning film earned the lead actor and director Ben Affleck some well-deserved and widespread acclaim. It’s smart, it’s believable and the quick-witted dialogue makes this one of the most legitimately amusing political thrillers I have ever come across. Entertaining from start to finish, I recommend watching this at a time you are able to give it your full, undivided attention – it’s worth it! Time to lighten the mood from all this seriousness with a laugh-out-loud comedy. I’ll admit I never saw the 1987 TV series the movie was adapted from (shock, horror!) but I still thoroughly enjoyed the film version of 21 Jump Street. Chalk-and-cheese police duo Morton and Greg are asked to go undercover at a nearby high school to investigate the distribution of a synthetic drug that is being spread around. However, they bungle their first day by mixing up their fake names and suddenly former bookish, shy Morton has to act like the high school jock while buff, brauny Greg is thrown into the geeky chemistry group. While they’re trying to crack the case, they learn that high school isn’t what it used to be and gain a better perspective on each other’s former lives.

We know Jonah Hill as the typical funny man from comedies such as Super Bad and Knocked Up, but it was Channing Tatum’s comedic talent that really surprised and impressed me. Plus a surprise appearance from the unlikely YouTube star DaxFlame had me on board for the ride. With lots of naughty words and sex and drug references, best to save this one for after the kids have gone to bed. But if you don’t mind your comedies a little silly and completely inappropriate, 21 Jump Street will have you in stitches.

Okay, this is the second animated movie on the list, but for good reason. This visually stunning Walt Disney film won the best animated feature at the 87th Academy awards as well as a host of other prestigious accolades. Child prodigy Hiro spends his days hustling criminals in illegal robot fights, until his older brother Tadashi inspires him to use his genius for good and submit a project for entrance into a robotics course at Tadashi’s University. However, Hiro finds himself thrown into tragedy and chaos when his robotics project attracts the wrong kind of attention: a masked figure who steals it and tries to harness its abilities for evil. Teaming up with the loveable healthcare robot Baymax, Hiro fights to expose the masked villain and put a stop to his evil plot.

Seeing this in the cinema for the first time I was just blown away – the bright, beautiful animation, the touching relationships between the characters, and heart-racing action all combined with the film’s catchy original song “Immortals” made it my favourite movie of 2014. Big Hero 6 embodied everything we love about a Disney classic: laughter, tears, fun, friendship and a ridiculously adorable sidekick we all fall in love with. Gather the whole family for this high-tech, epic adventure.

Have you watched an awesome movie on streaming TV you can’t wait to tell people about? Let us know in the comments below.