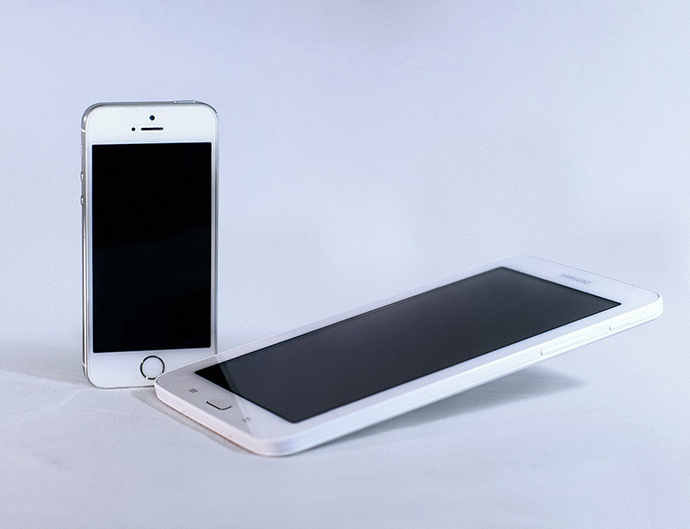 Remember when the only requirements for a high quality phone were call clarity and signal strength?

Calling and texting now seem to be the last things people consider when choosing a new smartphone.

One of the things we love most about smartphones is the millions of apps they are capable of running.

These apps have become part of our daily lives and are considered a bare necessity for many phone owners.

Both Apple and Samsung devices have great native apps that integrate perfectly with their operating systems.

Here’s a rundown of a few of the built-in features on some of the sweetest handsets around. When we think of the apps on Apple’s iOS we immediately think of iPhones. All of the standard smartphone tools can be found on them.

What makes Apple’s native apps exciting is their compatibility with other Apple products. The mail app, a valuable asset that can combine with several email providers, can sync your messages between all your Apple devices. iTunes and iPhoto also have some great syncing options. This is a big draw for many users: even those with Windows operating systems on their computers will often use iTunes for their media. Another syncing option comes with the native Apple Watch app that was released on iOS 8.2. But synching isn’t the only feature to be excited about. We also love FaceTime, Apple’s video communication program. With mobile video communication becoming so commonplace, people have come to appreciate not having to download a third-party app such as Skype to enjoy visual calling features.

Personal assistant Siri is another tool that people often think of when it comes to Apple. Siri offers great assistance with operating other native apps, but isn’t always perfect when it comes to looking up information or performing outside functions.

Other Apple native apps include mapping, camera, health and weather tools. While these are great features that have evolved to include enhanced searching and editing capabilities, many users opt for other apps such as Google Maps or Instagram when it comes to fulfilling tasks. Samsung has become Apple’s chief competitor on many smartphone fronts. This includes the app arena. Its Android operating system and Google Play store are interesting playgrounds for developers and customers alike. But, just like Apple, Samsung phones come with a great array of native apps as well.

The Samsung Galaxy S6 and S6 edge come with the company’s own S Voice and S Health programs. S Voice is another personal assistant, offering users a choice between it and Google Now.

Google Now is the standard Android voice-activated personal assistant. Being able to summon it whenever you want with a simple voice command makes it attractive to users. Opposite to Apple’s Siri, Google Now provides quick results for those looking to query the internet, but lags a bit when it comes to interacting with other native apps.

Samsung smartphones also come with an array of third-party apps installed including Microsoft’s OneNote and OneDrive apps. OneNote, similar to the Notes and Reminders native apps on Apple phones, and OneDrive, a storage and file transfer system, provide unification between your mobile devices and your Windows operating system on your computer. YouTube, Facebook and Skype are other well-known third-party apps that come with Samsung phones. Both Apple and Samsung phones come with a selection of native apps that have become commonplace on smartphones today. They allow greater functionality for users and help sync items such as photos and songs by connecting with other devices through cloud technology.

The two sets of native apps do have some differences. One area where they differ is in the relatively newer health apps. Apple’s version, simply called Health, is an excellent activity tracker. However, many feel the S Health tool on Samsung devices is better for overall health assessment. Another point of difference comes with the aforementioned personal assistant apps, with Google Now and Siri both offering small distinctions.

There’s nothing wrong with opting for a third-party app if you don’t care for the native versions on the phone you buy. But not having to pay for a third-party program that takes up valuable storage space on your phone is something that might affect your decision when it comes to going with Samsung or Apple. If you do want to go a different route, unfortunately many native apps cannot be completely deleted from phones. But simply hiding them in a folder will clear them up quickly.

So whose native apps do you prefer? Samsung or Apple? Or do you use a 3rd party? Let us know in the comments below.