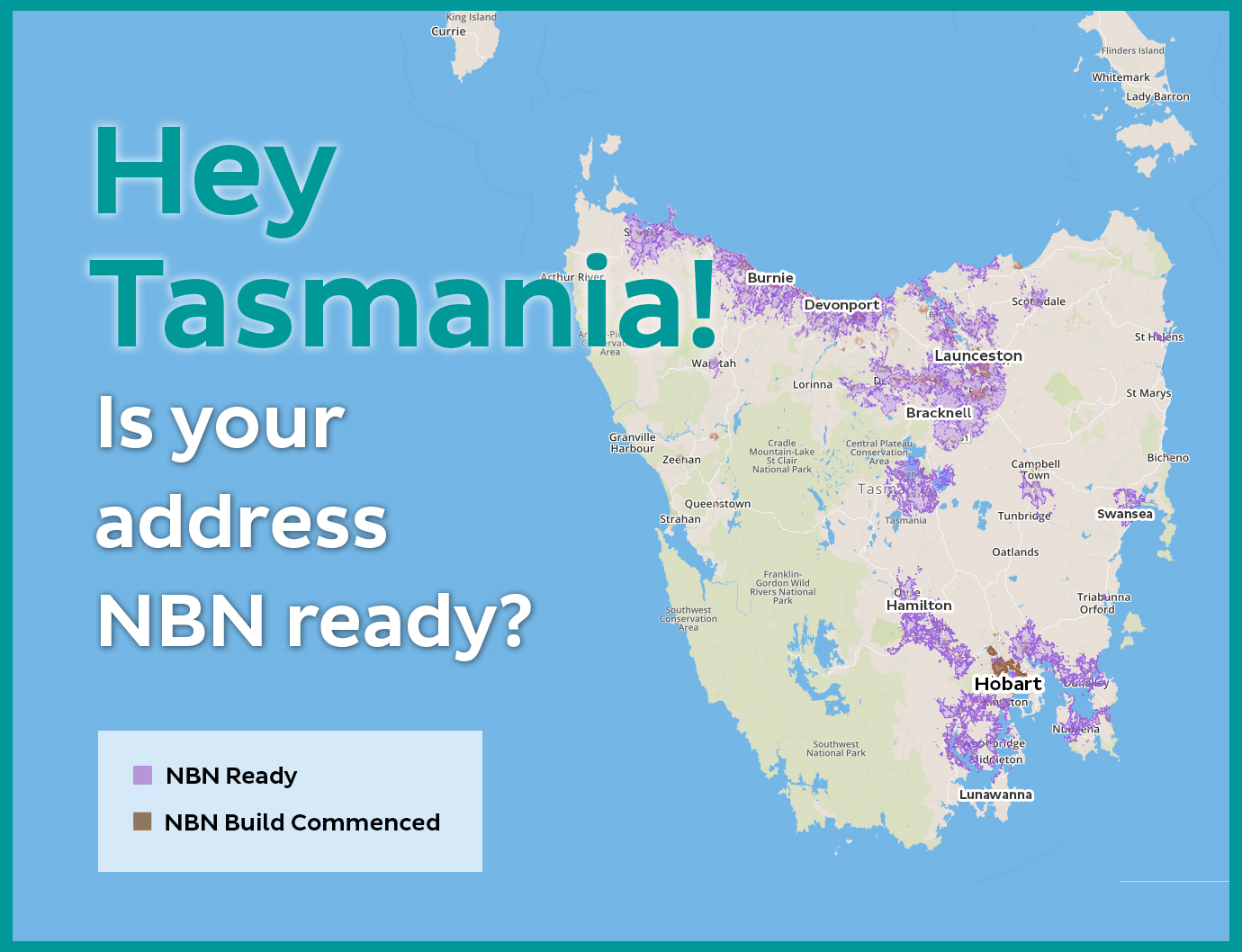 Like other major parts of Australia, Tasmania is in the middle of the country’s continuous rollout of the National Broadband Network (NBN). The NBN will change the way we conduct business, communicate with each other, learn, care for the injured and sick and enjoy the internet in our everyday lives. For more information, check out iiNET’s FAQ page.

At present, Tasmania’s NBN connectivity is concentrated in a few major areas. As of October 2014, the NBN was already up and operational in several places around Hobart, including Hobart CBD, Battery Point, South Hobart, Dynnyrne, Montagu Bay, Rosny, Rosny Park, Bellerive and Kingston Beach.

There are now four main pockets of coverage on the southern part of the island. One stretches from Ouse down to Lachland and is bordered by the large parklands that make up much of Tasmania’s west. Further south along these forests there’s another area of coverage that stretches from Mountain River all the way down to Surveyors Bay. To the east, this range of NBN connectivity stretches over to the coast near North West Bay and Great Bay.

Continuing counter-clockwise, the NBN is up and running near Highcroft and spreads up to Saltwater River and over to Eaglehawk Neck. The service mostly covers a region that starts around Dunalley, goes up to Kellvie and continues northwest up to Campania.

There are a bunch of sites being built or prepared toward the middle of the southern region of Tasmania. These start in Granton and Risdon Vale and stretch southeast to Fern Tree, Mount Nelson, Tranmere and Lauderdale.

Back in October 2014, there was also a lot of progress being made around Launceston. Sites were in various stages of preparation and build in Norwood, Punchbowl, Prospect Vale, Blackstone Heights, Trevallyn, Riverside, Invermay, Mowbray, Newnham, Ravenswood and Waverley.

Several of those areas, including all or some of Punchbowl, Waverley, Ravenswood, Newnham, Mowbray and Riverside, now have NBN service. They are part of a huge chunk of coverage in the northern part of the island. It starts in the northwest near Scopus and Perkins Island and hugs the coast eastward to the Tamar River.

Following the river south, the coverage widens, spreading back west to Elizabeth Town and Mole Creek. After covering some or all of Bracknell, Cressy, Blackwood Creek and Poatina, there is a small break before three NBN sites provide service to an area between and around Great Lake Conservation Area and Two Marshes Conservation Area.