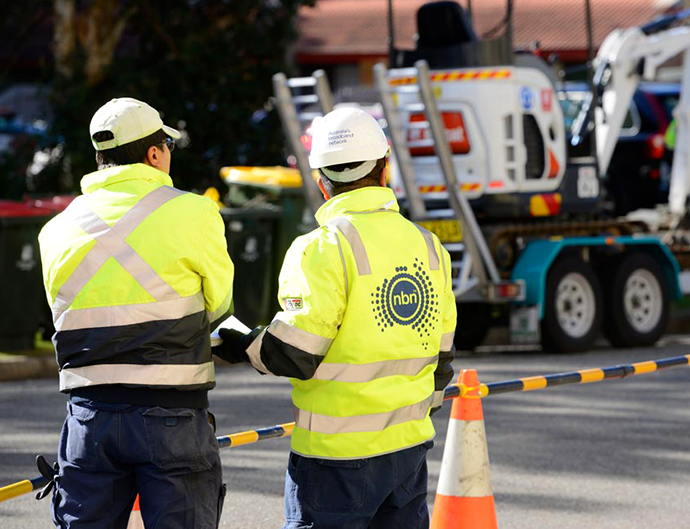 NBN Co have been working towards completion of the nationwide NBN™ rollout by 2020. With the end of 2019 just around the corner, there’s been a lot to do before the 20-20’s arrive to ensure that all Australians have access to an internet connection that allows them to communicate, work, surf the net and stream with ease.

In 2011, addresses in Tasmanian towns Scottsdale, Smithton and Midway Point were among the first in the country to complete the transition to the NBN™. As 2019 nears to an end, we take a look at just what has happened in the NBN™ world this year and how far it’s come in the last eight years.

There are currently a total of seven delivery modes in the NBN™ Multi-Technology Mix and iiNet is one of the only major ISPs selling plans across all technologies! The technologies include: FTTP, FTTN, FTTB, FTTC, HFC, Fixed Wireless, and Satellite. You can learn more about each of these technologies here. At iiNet, we were one of the first ISP’s to introduce NBN™ plans and to date we have connected over 600,000 Australian homes across the entirety of the technology mix.

Approximately 220,000 regional households with children that previously had no internet or a below average internet connection in 2014, are now connected to the NBN™. Students in NBN™ households have spent a minimum of 15 minutes per week doing homework online compared to students in non- NBN™ homes.

The rapid expansion of the NBN™ and the need for all Australians to eventually make the move across has seen an increase in door-to-door and phone scams. To help you stay aware and keep one eye peeled for any suspicious activity, check out our article on NBN door-to-door scams.

Earlier this month, close to 98% of the homes and businesses in regional Australia can now, or will soon, access the NBN™.

In October this year, NBN Co launched a new regional-focussed business unit. Once the rollout ends, NBN Co has announced that they will remain committed to providing even greater broadband services to these areas, increased regional support, and raised digital capability of these areas.

Aussie Businesses on the NBN™

By the end of the rollout, up to 47,300 additional people are expected to use the network to work from home, compared to around 3,000 additional workers in 2017.

The NBN Co is on track for rollout completion with 11.7 million premises ready to connect and 8.1 million homes and businesses with an active service over the NBN™ access network by the start of 2020. A further 923,400 addresses are projected to be added to the footprint next year in the final year of construction, with 8.7 million premises expected to be connected to the NBN™ by the end of July 2021.

iiNet and the NBN™

Want to know more? We’ve been working with the internet since the dialup days and our experience has shaped us into the NBN™ experts. At iiNet, we’ve been connecting people to the NBN™ since the beginning of the rollout and have consistently set the standard for the NBN™. Just to name a few, we’ve be awarded Internet Service Provider of the Year by Roy Morgan, won Canstar Blue’s Most Satisfied Customers award for Small Business Broadband for the last five years, named Australia’s Best NBN Provider for 2018 by Choice, and come out on top numerous times in Honesty Box’s Broadband Performance Measurement reports.

If you’re eager to get movin’ and your address is expected to be NBN™- ready within the next six months, you can pre-order iiNet NBN™ for a hassle-free switch and we’ll get your order rolling as soon as NBN™ reaches your door. How, you ask? Just pre-order your preferred plan now!

Want to know more? From common misconceptions and questions to trivia about NBN™ infrastructure, technologies and the rollout in general, we’ve got everything you need to know right here. For other NBN™ articles, be sure to check out our blog!