Not our kind of club 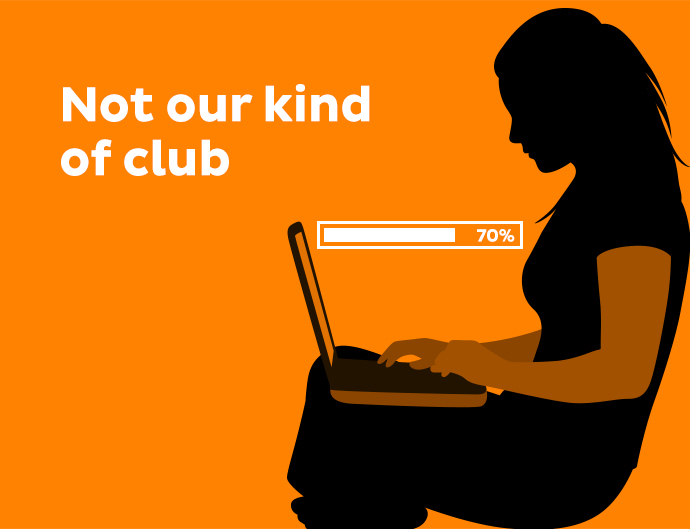 Recently, Dallas Buyers Club LLC – the owners of rights in the film of the same name – applied to the Federal Court for iiNet and a number of other providers to reveal details of people they suspect of infringing copyright on their film. This is not an action against iiNet.

In plain terms, Dallas Buyers Club wants the names and contact details of our customers they believe may have illegally shared their film.

Known as ‘preliminary discovery’, this practice is used in a wide range of cases where the identity of the person or company you may want to take legal action against is unknown.

iiNet has decided to oppose this discovery application.

But how do movie studios get my details?

We believe in treating people fairly and we certainly don’t monitor your activities. We have no need to.

One way copyright holders collect evidence is through online investigative bodies that detect the IP addresses (issued by ISPs) of services illegally sharing content and then apply to a court using the preliminary discovery process, to get the personal details of the account holders, using those IP addresses.

iiNet would never disclose customer details to a third party, such as movie studio, unless ordered to do so by a court. We take seriously both our customers’ privacy and our legal obligations.

Why oppose this action?

It might seem reasonable for a movie studio to ask us for the identity of those they suspect are infringing their copyright. Yet, this would only make sense if the movie studio intended to use this information fairly, including to allow the alleged infringer their day in court, in order to argue their case.

In this case, we have serious concerns about Dallas Buyers Club’s intentions. We are concerned that our customers will be unfairly targeted to settle any claims out of court using a practice called “speculative invoicing”.

What is speculative invoicing?

Our concerns with speculative invoicing by Dallas Buyers Club in Australia include:

Because iiNet has opposed the discovery action, the Federal Court will be asked to decide if customer information should be handed over by ISPs named in the action. A date for the hearing of the application is likely to be early next year. More information is available from the Federal Court.

So what happens if Dallas Buyers Club win?

If Dallas Buyers Club succeeds in its action, iiNet will be obliged to comply with any court orders issued – such as to hand over the requested customer details. Once those details are handed over, we expect these customers to face letters of demand, such as those we’ve seen overseas. In some instances these letters have demanded settlement amounts of up to US$7,000.

iiNet is concerned that such a development would open the floodgates to further claims by other rights-holders, leading to more Australians being intimidated to pay exorbitant amounts in an attempt to avoid improbable litigation.

What happens if iiNet win?

If we succeed before the Federal Court, then we will not be ordered to hand over our customers’ details.

Nevertheless, rights holders may continue to bring these types of applications to pursue alleged infringers. Whether they do so will likely depend on the Court’s reasoning in this important test case.

But rest assured, iiNet will continue to defend the privacy of its customers’ personal details as we are entitled to do so under Australian law.