The rise of social shopping 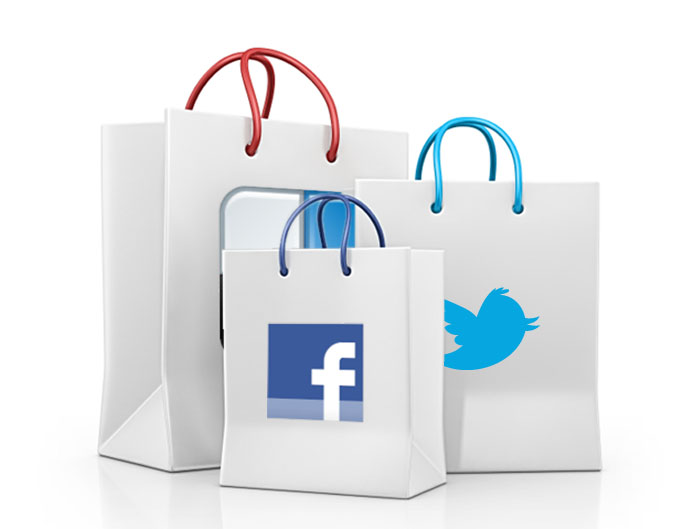 Can you imagine spending even more time on social networks than you already do now? It’s estimated that one in every five minutes that Australians are online is spent on a social network. How could you possibly spend even more time online you ask, when you are already so busy tweeting, plus one-ing, sharing, checking in, liking, posting and pinning?

That’s right. Soon you could be racking up even more time online with social shopping.

It makes sense, as for many of us shopping already is a social activity. We spend our free time browsing, use shopping expeditions as a chance to socialise and often like to get a second opinion from a trusted friend or family member before we take the plunge and part with our hard earned cash.

Given the prominent role of social media in our lives, coupled with the growth in online shopping, it’s not hard to see why social shopping is being tipped as the next major frontier in social media.

Social media is already widely used to help us gather information before we make a purchase. How often do you see a friend ask for a recommendation on Twitter or Facebook about the merits of one brand over another, or to ask for help evaluating a potential purchase?

With this habit in mind, eBay have launched a new social shopping tool called Help Me Shop. When a customer is browsing online, whether on eBay or another website, they can select it using the Help Me Shop Pin, share it with their social network and ask their social media community their opinion.

One of the quite neat features of the tool is that it integrates with Facebook, even enabling you to set up a Facebook poll to canvas opinion!

It’s been widely reported in tech media that Facebook’s ‘Want’ button is on the way. While there’s no official news from the company, media believe that we’ll shortly see Facebook add a feature called Collections.

Retailers will put a button on their posts and when a customer sees something they like, they can hit the ‘Want’ button. This will build a wishlist on their profile, complete with links to the retailer’s website.

Building a digital wishlist with links to the retailer’s website is already happening every day over on virtual pinboard social network Pinterest, so in this respect Facebook is in a way following in Pinterest’s footsteps.

Despite Pinterest’s rapid growth though, it is still dwarfed by Facebook’s hundreds of millions of active users so it’s possible that Facebook is where we’ll see social shopping really take off.

A tough nut to crack

There have been mixed reports about the true success of social shopping to date. Some retailers see social media as a channel to deliver special offers and communicate with their consumers, whereas others have found that customers may be using social media as part of their shopping journey, but that they are only really window shopping or researching, rather than spending.

However, eBay believes that the social shopping industry is set to double in coming years, predicting that UK retail sales directly generated on social media will grow to £290 million (over $450 million) by 2014 based on recent research into shopping and social habits.

The benefits of being a social shopper

With retail and social heavyweights setting their sights firmly on the success of social media, it’s safe to say that social shopping is set to be big news.

While of course retailers are delighted to have another lucrative route to their audiences, what’s in it for consumers?

Firstly, savvy brands are offering customers exclusive competitions, ‘first to know’ information about new products and services and discounts as a reward for connecting with them on social platforms.

Whether or not you decide to use up your new free time shopping or using social media, well that’s a story for another day.