The role of social media in sport 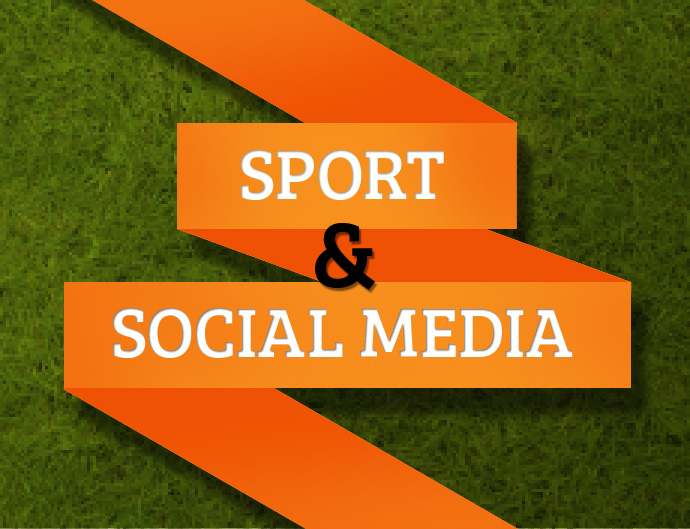 The role of social media in sport

We talked about the impact of social media on sport recently here on the iiNet blog and the topic was front and centre again recently, when I spoke at the Australian and New Zealand Sports Law Association (ANZSLA) conference.

We’ve seen plenty of news reports about offensive tweets causing a storm and Facebook posts racking up hundreds of thousands of ‘likes’ – enough to know that, more often than not, we’re shouting rather than whispering on social media channels.

Offline conversations can stay private but when you post on a public forum like a social network, it’s just that – public. You’d never know that, though, when looking at the ridiculous bloopers and ‘epic fails’ that fill our Twitter feeds and Facebook timelines each day!

So why do sport and social media go hand in hand? Sport itself is inherently a social activity. For many of us, sport dominates our free time whether we’re playing it, watching it or analysing it.

Social media allows us to celebrate the highs and lows of being a sports fan with our fellow supporters, rival teams, our friends and our families. It reinforces a sense of community, so it’s no wonder sport and social media are a good fit, just like a pie at the footie!

There are now more options for communication between players, coaches and ourselves as sports fans. Anyone can publish content with social media, giving us unprecedented access to the lives of the athletes and teams that we idolise. We are no longer just spectators – we are participants as well. Anytime, anywhere we contribute votes, opinions, criticism and accolades.

Instead of passively observing a press conference where journalists will ask questions and run news reports, now we are interacting in real-time, with athletes, coaches and teams, as well as our friends, family and other followers.

How social media is changing sport

The ANZSLA conference discussion got me thinking about how social media has changed our enjoyment of sport. We are now more active and involved, rather than passive observers and more incessantly social, because now we don’t wait for the weekend BBQ to discuss ‘the big game’, we just pull out our phones and go for it.

We check in to the local sport stadium on FourSquare and Facebook; we share photos and videos with our online friends to capture the great atmosphere at a game and contribute our own live commentary on Twitter.

Social media has completely turned fans into participants. Anyone, anywhere, any time can get involved in major sporting events thanks to advances in technology like smart phones, Wi-Fi and the rise of social media.

We share our reaction to team line-ups, share behind-the-scenes shots of the athletes warming up and post our score predictions on social media before a game even begins.

Instead of mere observers, social media has turned us all into journalists, pundits and announcers. We’re capturing and interpreting every goal, point and play as it happens, putting fans at the heart of the action.

When the game is over, we’re not waiting to get home to watch game highlights, read a sports journalist’s report or listen to a match report; instead, the raw and immediate reaction to the game is captured as it happens and posted ‘in the moment’. It can be impulsive and emotional and sometimes might even be rash. Whatever it is, the nature of sport has been changed.

The future of sport and social media

I heard many fantastic examples at the conference of the impact of social media on sport, but none stood out more than the Carlton Black initiative to let fans ‘be the coach’. This social media campaign highlighted the future of sport and social media – collaborative, two-way dialogue and most of all, putting the fan at the centre of the sport as a participant, rather than a casual observer.